As I've been saying, I've been playing with my thermomix a lot recently.

I've come across a recipe by a fellow Perth resident here which I've played around with and tested in my TM5 and this is going to be the first recipe I'm sharing! 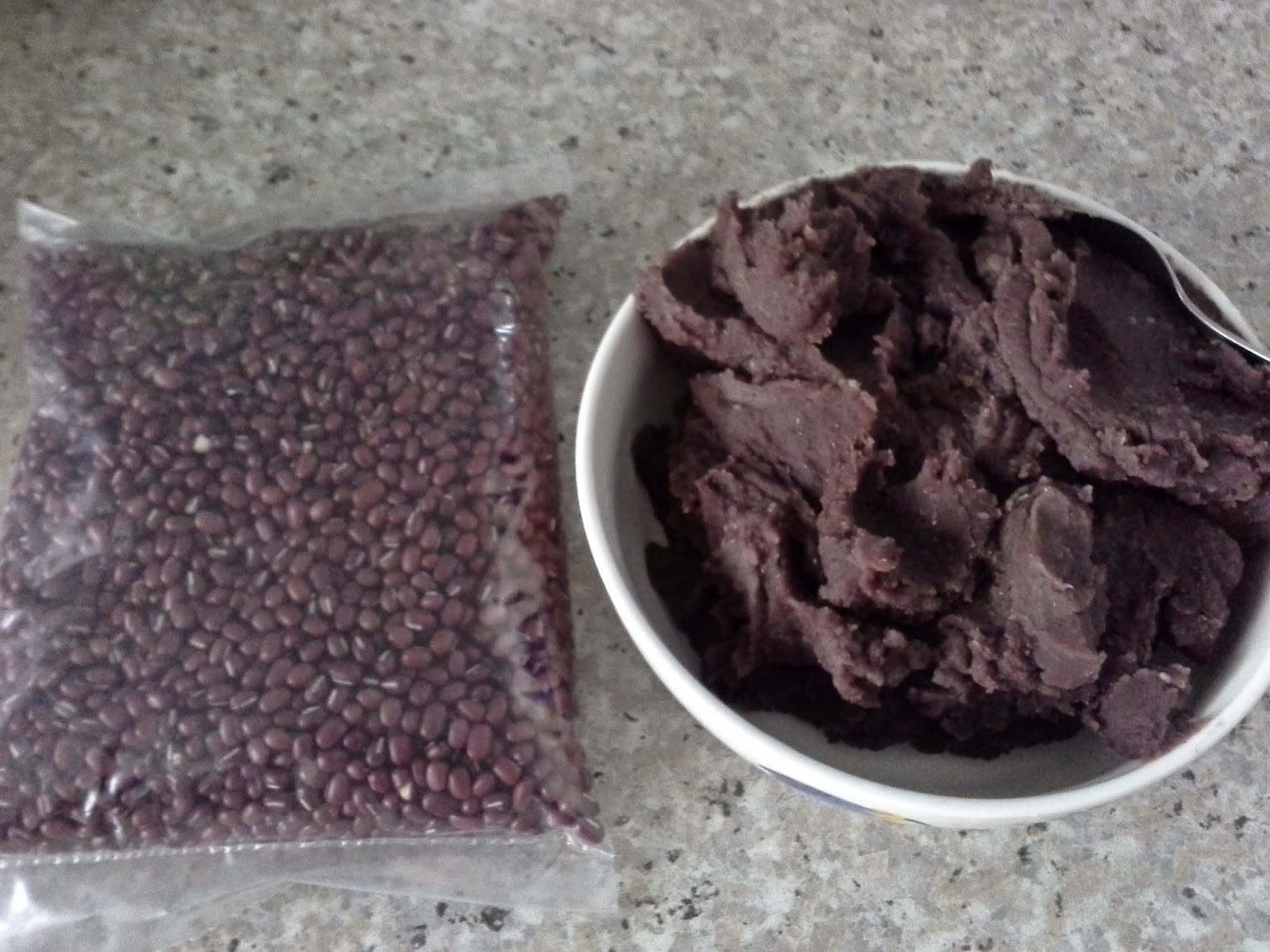 This is a very easy recipe that's going to be used in another recipe that I'll be posting soon. So stay tuned!

1. Rinse the beans in water and remove any impurities or any irregular beans.

(This step can be skipped. Some people believe that the beans should be soaked/cooked this way to remove any bitterness. I haven't found any bitterness by skipping this step. Azuki beans can be cooked and eaten without soaking unlike other beans).

After this has been completed. Add 300g of water again and cook 15 minutes 100C counter-clockwise operationGentle stir setting.

You don't want to be left with too much water at the end so I feel safer doing it this way. Feel free to just do it all in one step if you wish and adjust the times. The beans should be soft enough to squash with a spoon by this stage.

4. Place the thermomix simmering basket into a bowl and drain beans into it. Keep the beans in the basket for now and keep the liquid in the bowl. Allow the liquid to settle and separate while you complete the next step.

5. Add the sugar into the mixing bowl with 2 Tablespoons of the bean water. Cook 5 minutes 100C Speed 2. Or cook until sugar has all dissolved.

7. Puree the mixture. This is to your preference. Some people enjoy a chunky bean paste. I like a really smooth bean paste. This can be anywhere from 10 seconds to 30 seconds (I go the full 30) on speed 8.

8. This final step can be skipped if you wish. I like to dry out my bean paste a little so it's easier to use in cakes/bread recipes.

Final Note
Instead of washing out the bowl at the end and wasting the delicious bean paste, make a red bean drink. Measure in 200g of liquid (made up from water and the red bean water that you saved from before). Then either blitz for 15 seconds on speed 8 for a cold red bean drink.


If the flavour isn't strong enough, you can just stir in some of the red bean paste you've just made.