To the people that follow all my Friday free patterns, I'm sorry! There won't be one this fortnight because I am working on commissions.

I'm so happy everyone is asking for commissions at the moment. I normally would work on commissions and still have time for a pattern because I build my schedule around it except I am trying to finish things before I leave on my trip to Japan!

I will try my hardest to make one more Friday free pattern post in two weeks...if I can, I'll see if I can write up and release a pattern that'll suit this missing fortnight as well as the two that I will miss while I'm overseas.

I'll be taking my tablet with me so I'll see if I can post some beautiful photos of the places I'm staying in :)

Attached is a photo of a Animal Crossing commission that I've finished recently, of Felicity wearing a kid's smock. Since I was volunteering on Friday and cooking for the homeless. I didn't get a chance to go to the post office but I'll definitely be posting it on Monday.

Cooking for the homeless was so much fun. It's been a long time since I've been in a commercial kitchen. I helped cut up two boxes of onion, a box of capsicum and a box of frozen sweet potato. With that we made 6 large trays of frittata, two big pots of mushroom soup and they were going to cook up a big vegetable stir fry. The team also made three large trays of hedgehog slices which were cut up and bagged for the children who are a part of the breakfast club, for the less fortunate children who go to school without breakfast and lunch so they will get fed.

Volunteering for Manna Inc was fun and I am hoping to have a chance to do it again sometime. 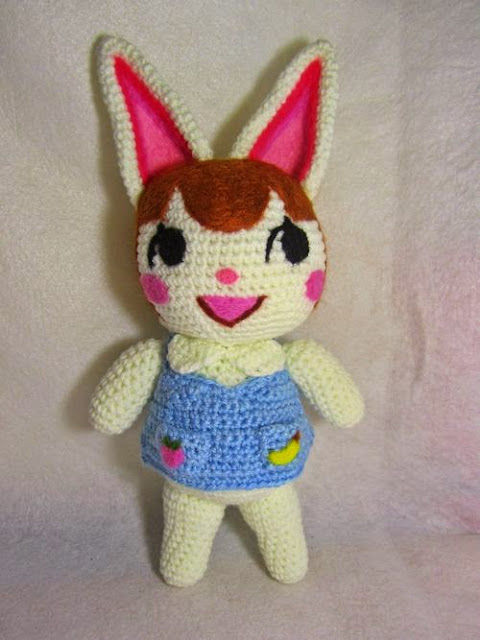