Making the most of Osaka

August 27, 2014
Today was my lady full day in Osaka so we wanted to try to do as much as possible in our Amazing Pass. The day started out nice and early as usual but we didn't rush. Downstairs at the Shin Osaka station we bought some Pon Pon Japon which is a puffed rice treat which is amazingly delicious. There were a lot of flavors but we chose dried fruit, strawberries and milk, and blueberries and yoghurt. Some of the others were chocolate, coffee, green tea and maple syrup just to name a few.
After this we went to visit the and the museum of natural history. It was interesting seeing the exhibits. We encountered a large group of school children sitting down for lunch and it really amazed me how organized they were spreading out little blankets and organizing themselves to eat. Some of them were about 5 or 6 I think. We wandered around the gardens a while but it wasn't the right season so we didn't get many pretty floral shots.
After that we went for lunch. I wanted kaiten sushi so we went and ate so many delicious plates of sushi. Salmon aburi, scallops prepared the same way, toro which was amazing and fatty salmon just to name a few of the plates. We also marveled at the price. We ate so much and it only came out to about $40 whereas back home it could have easily reached the $80 mark.
We explored the area around Nanmba for ate bought bit ate bound visited the comedian store. It was after that we decided to  get cheesecake from Pablo. We got a bit lost and ended up going through a few smaller streets and walked past about three or four host clubs. Saw one of the members heading into work all done up (his face was on the poster). So that was an amusing experience for me.
We picked up our lemon cheesecake which was amazing but large. Fit for four people but we ate it between the two of us. Half when we got back to our hotel room and then the other half after dinner. It was funny as we didn't have any real cutlery in our room we and ate the cheesecake with a plastic spoon and fork we had kept from the plane. We had to her have a short rest period following that as my feet were beginning to really hurt but after that headed out for our final evening.
Dinner was at tonkatsu KYK where we shared between us a tasty set of black pork tonkatsu and I had pork with shiitake mushroom. To wind up our evening we went to the floating garden observatory where I fought against my fear of giant escalators again to reach the top to see a beautiful view.
The last evening in Osaka!  We headed back to our hotel room, prepared for the night and and the second half of our dessert while watching late night Japanese TV which was amazing. On NHK educational channel at 12:55 there appears to be and a goodnight five minute segment. One of which was a song about an octapus that pretty much was about song sung to a ukulele piece that went :
Puka puka tako
puka puka tako
Tako ha puka puka
I couldn't stop laughing and laughing and I think my boyfriend thought I was broken. After that came all the variety shows I wanted to watch. Seto Koji cooked a tart tatin, Hamada had some comedy skit involving soumen, Nino and Arioka Daikin hosted a talk show. How do these shows continue continue to run when they all air after midnight?!
Then finally it was bed time! Tomorrow is travel day and we are heading to Kyoto! 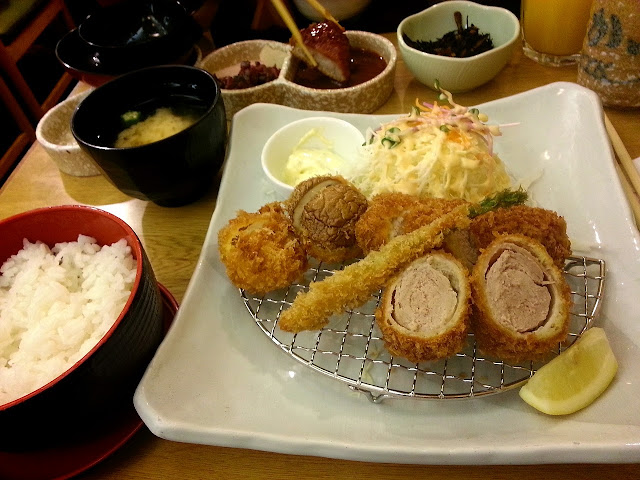 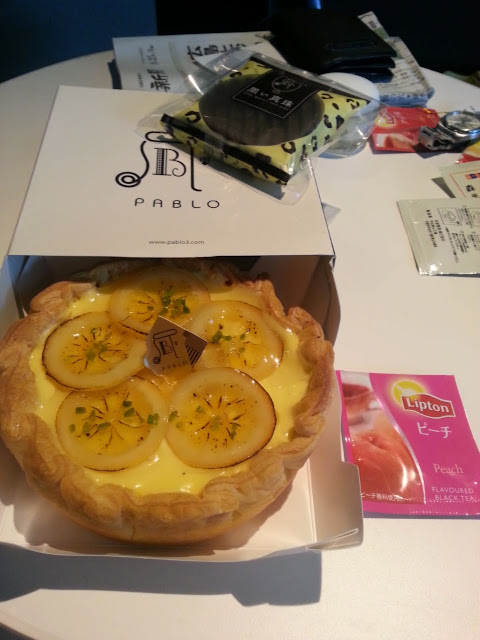 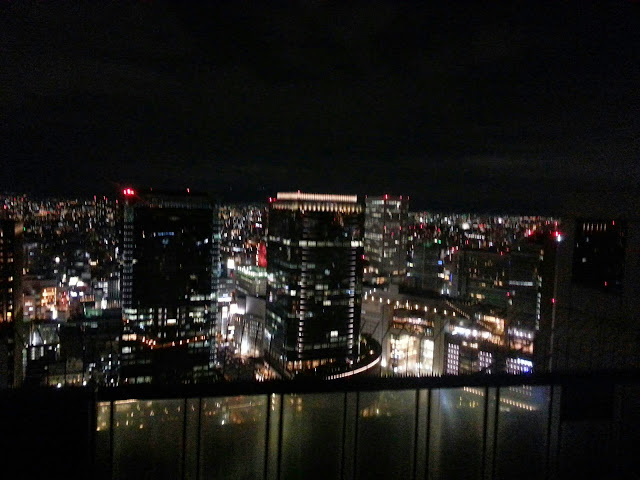 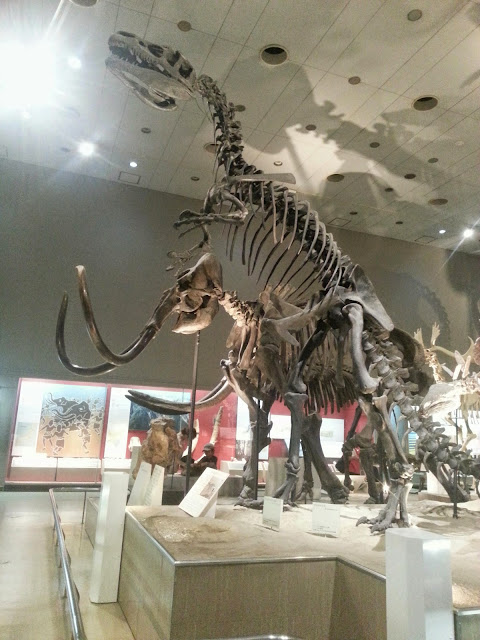 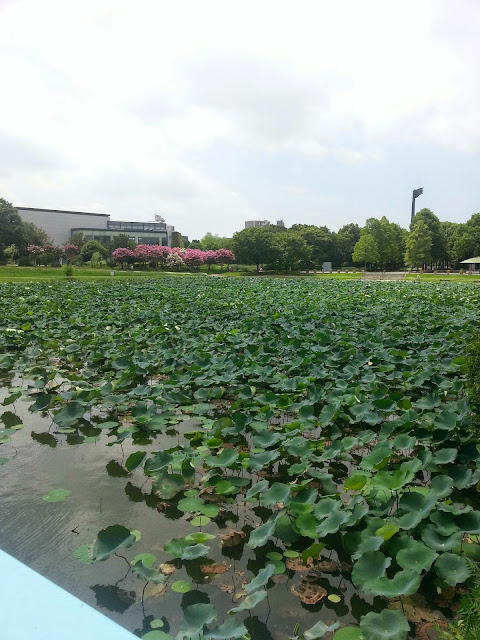