August 25, 2014
Today was the first of our long planned travel days. It started earlier in the morning, about 7:30am so we could have a breakfast at our hotel before heading out. There wasn't as much to do today as things appear to be closed on a Monday so we spent much of the morning just going around department stores and exploring. We found a cute department store with a rooftop garden. There was a little shrine to pray at and a Hanshin tigers shop where we saw the most adorable little mascot toys.
We went to the world buffet restaurant which wasn't that great but in the end we eerie glad we went. From there we went up to the top floor of the Osaka Government Building which was an observatory. The elevator went up 51 floors and then we took an escalator up to the 55th floor which was horrifying. It was the longest escalator. There was a few but the last one went up 3 floors. I thought I wasn't going to make it back down buuuut I did. There was more exploring and more food to be had!
From there we found our way to the Osaka aquarium which is one of the most amazing places I've been to and wandered around there for a good few hours. The otters are the best animal and we saw three types. There were penguins and dolphins (one with a little baby) AND A SLOTH. For an aquarium there was quite a range of animals including a capybara.
Somehow we didn't find the aquarium shop that sold the animal shaped bread I saw online but we made our way to the markets next door and found Fuugetsu which served okonomiyaki and yakisoba so we stopped there for dinner. At this restaurant they cook it for you at your table so it was a lot of fun to watch. I ordered a cheese and mochi modanyaki which was an okonomiyaki with noodles. First time I've had it that way and it was so delicious. With a melon soda while Jason ordered a Yuzu honey some kinda alcohol drink.
The final stop of the day after delicious dinner was the ferris wheel ride which boasts to be the biggest in the world. Have I mentioned that I hate heights? Or was it obvious as I was petrified of that escalator ride? Well, if it was as the obvious then it was obvious now. I'm glad my boyfriend got some good photos on that ferris wheel because it was far from romantic with me freaking and screaming on and off. It was a beautiful view though and I am glad that I got on the ride but....ferris wheels are scary. Little metal boxes floating in the air!
And now we are back in our hotel room ready for tomorrow's adventure! 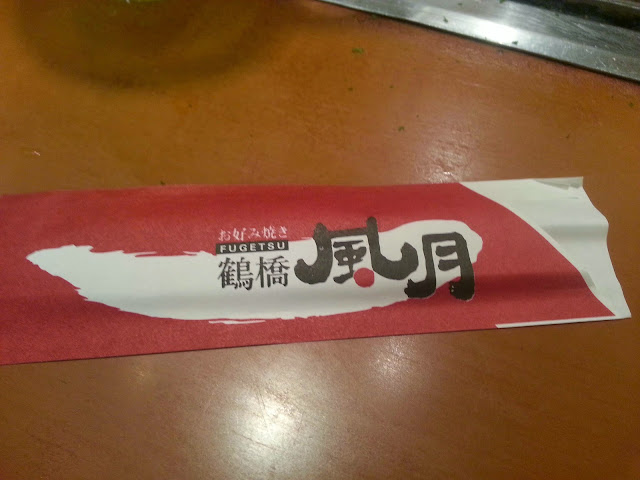 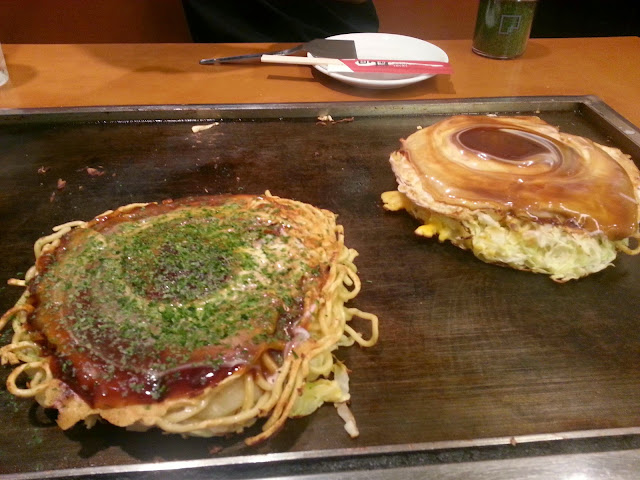 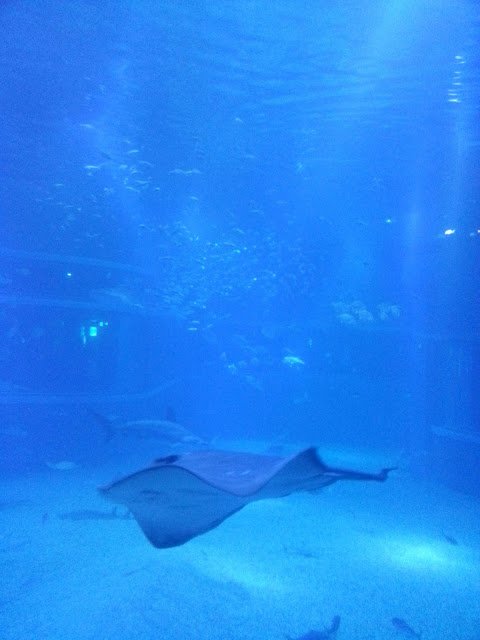 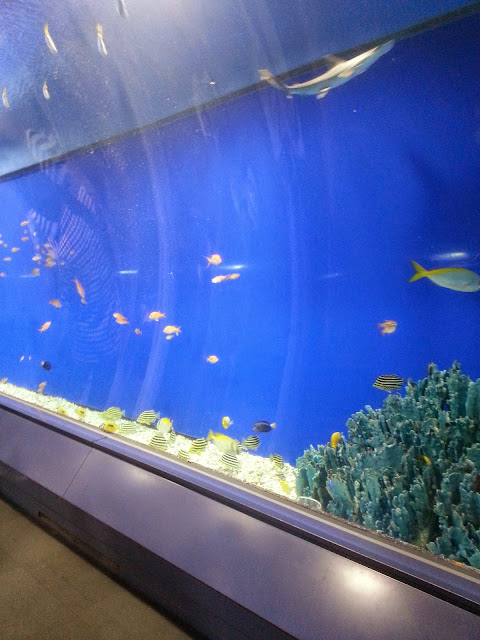 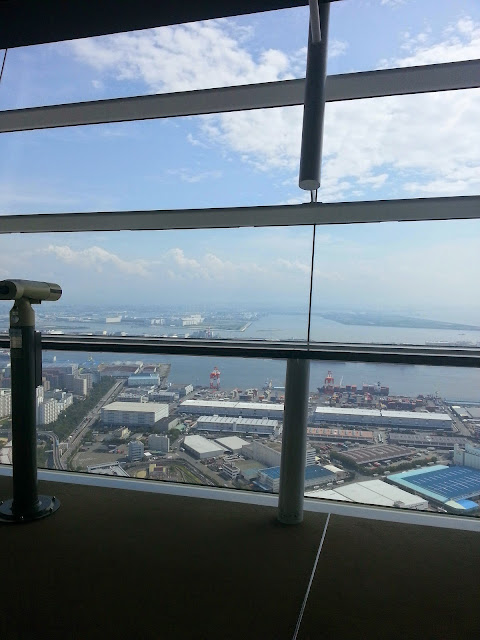