March 31, 2014
Okay so I'm a little late this month with both of my challenges, OOPS. But I did make them and this one was quite exciting. I went out and bought a new candy thermometer! And I whipped up some delicious delicious nougat to share with everyone. It was a nice soft nougat too. Even though after it was done, my mum decided she preferred a harder style.

The March 2014 Daring Bakers' challenge was hosted by Rebecca of BakeNQuilt. She challenged us to learn to make classic nougat and to make it our own with our choice of flavors and add-ins.

I made a chocolate and peanut soft nougat! 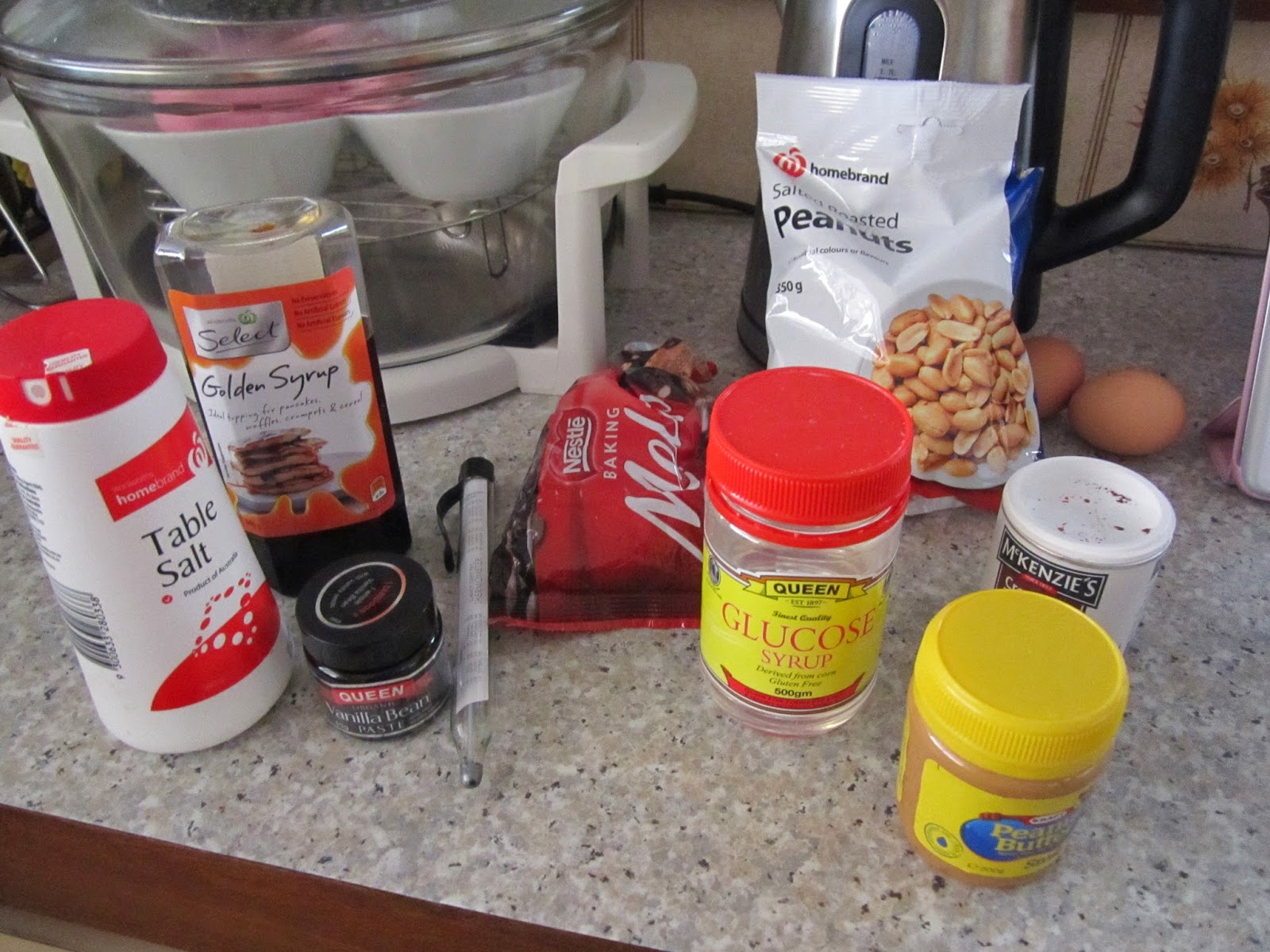 Ingredients are as follows:

And another 200g of dark chocolate for the top

I used nestle baking chocolate...in future when I make this I might swap to the Margaret River chocolate as they have a shop in front of where I work and everyone loves them.

And here we start with the cooking! It's really easy and a lot of fun to make nougat! You just have to be really good with the temperatures. 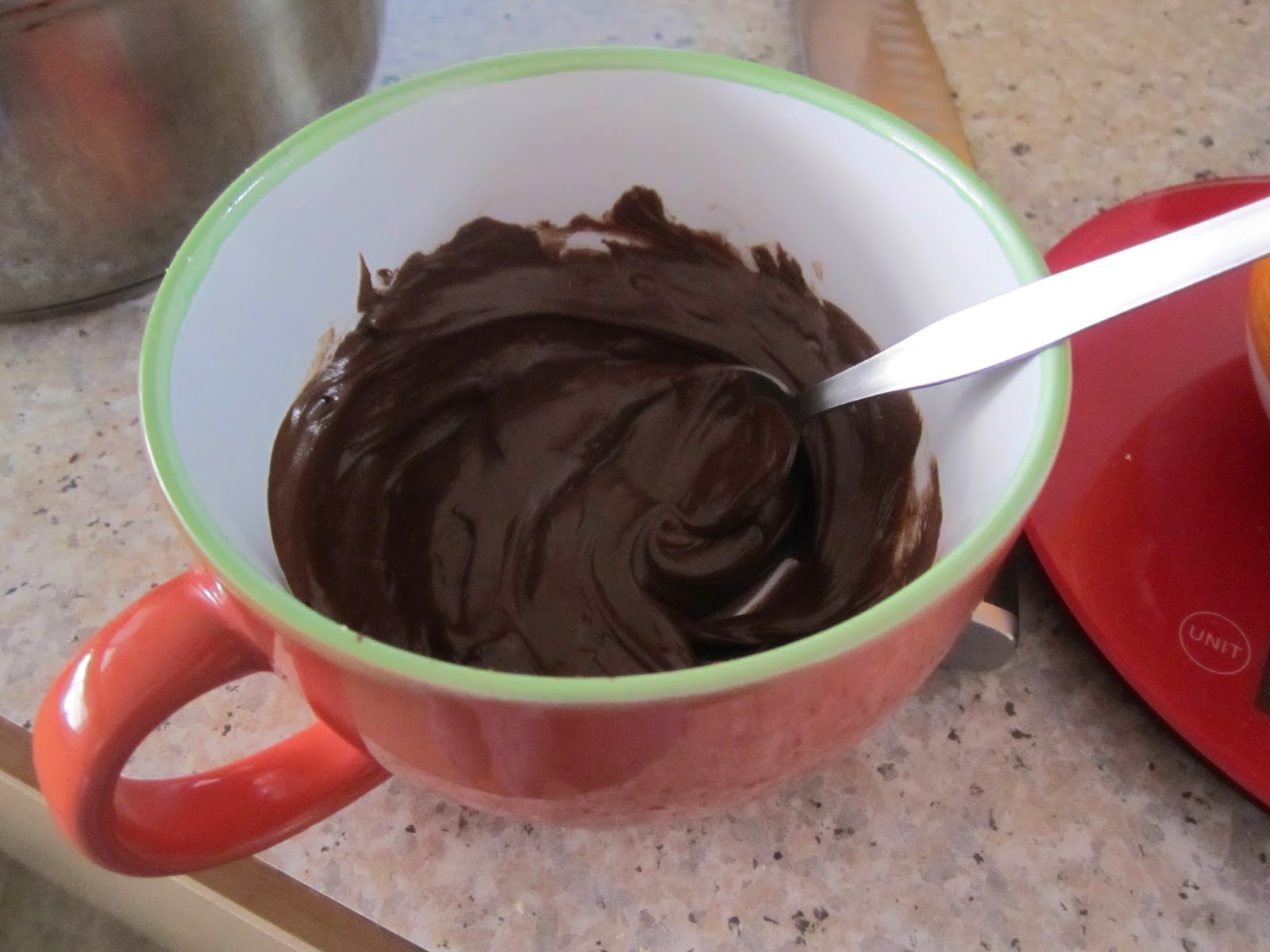 So first, I melted the roughly chopped chocolate and made sure it was all completely melted and smooth. I cheated and just did this step in the microwave. 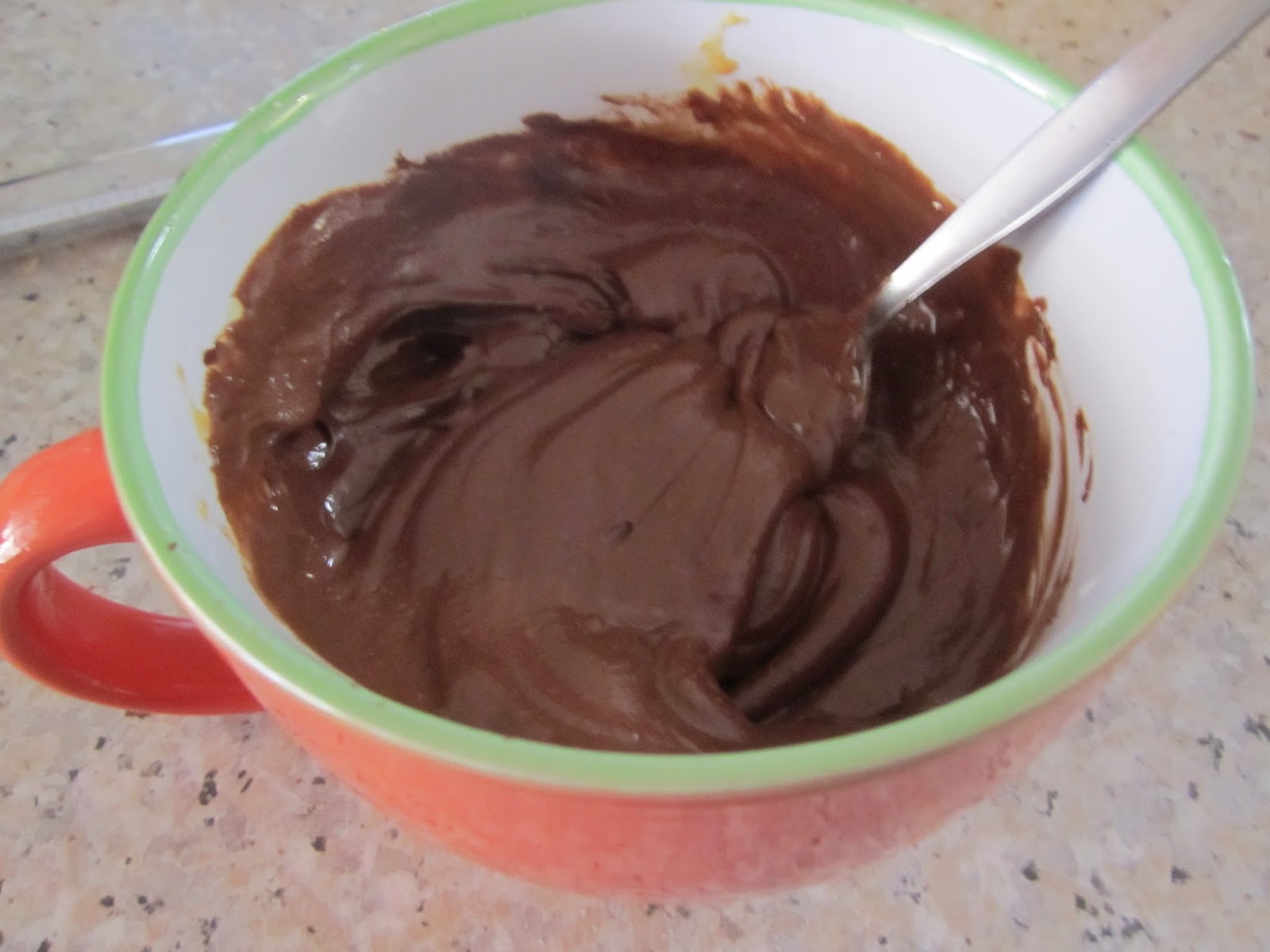 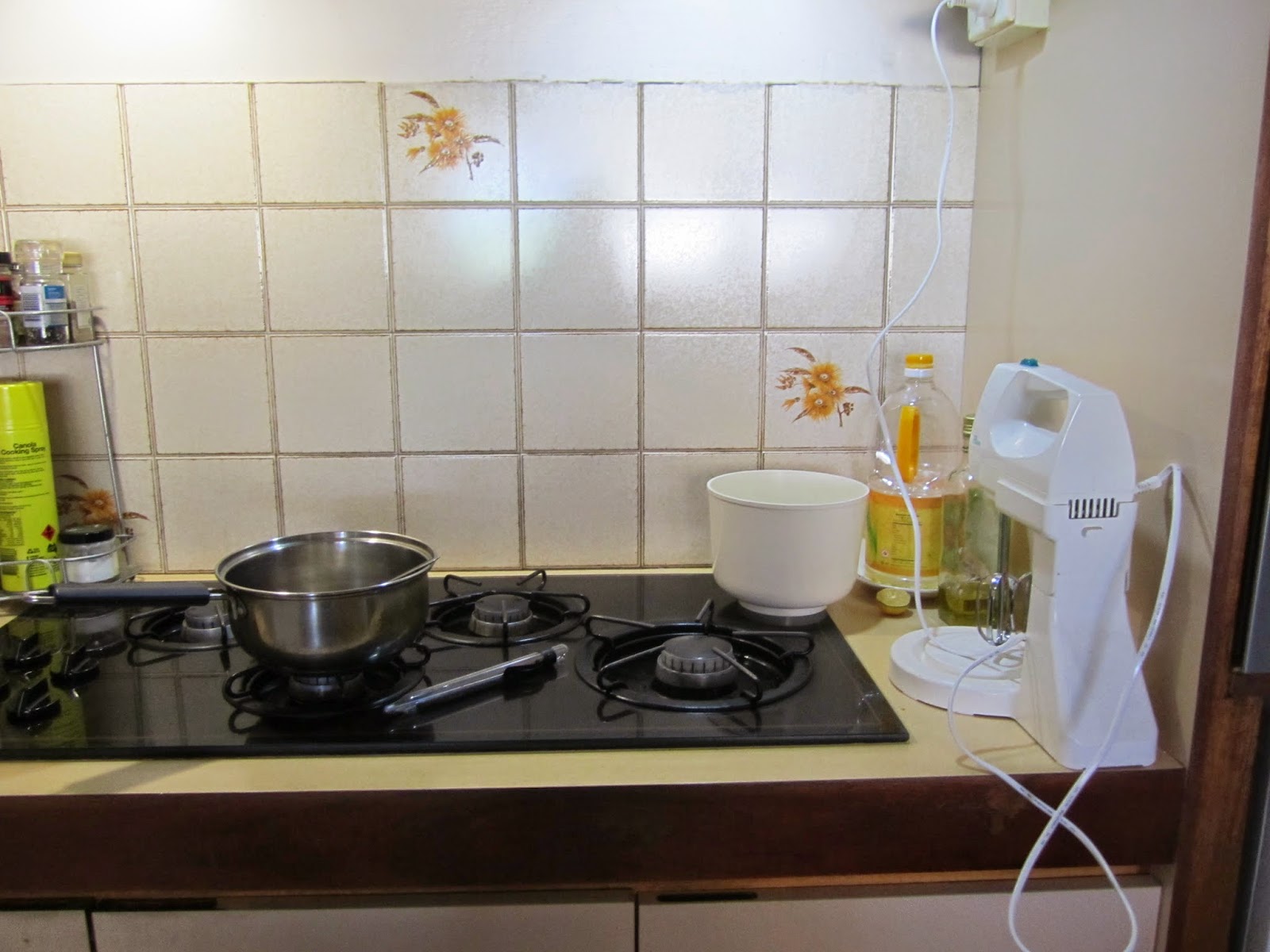 I then set up my work space. I needed everything to be in close range. So I had my mixer set up at the power point on the right and then I used the burner on the left. The reason I did that is because the burner closest to the mixer is actually a really hot one we use the wok on. So, no go.

In the mixer, I added the egg whites, salt, vanilla and 1 tablespoon of the caster sugar.

In the saucepan, I added the rest of the caster sugar, golden syrup, liquid glucose and cream of tarter. Then I added 100ml of water. I started cooking the sugar mixture on a low heat until melted. When the sugar is all dissolved, then I brought the heat up to medium and continued to cook. 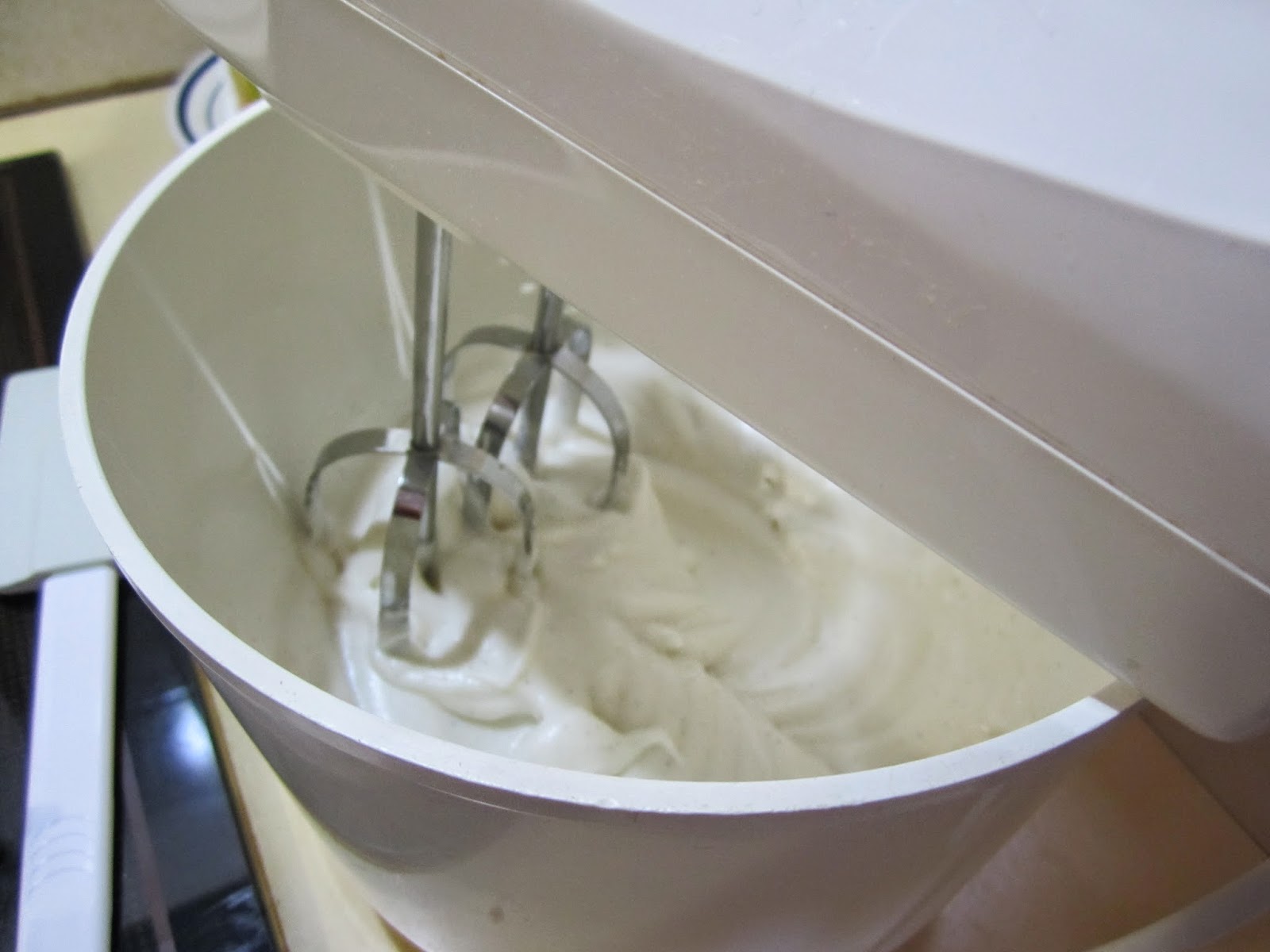 The next part I kind of didn't get the timing right because the egg white sat for a while and the sugar had a bit to go but it turned out okay so don't panic if the timing isn't perfect. At about 130C for the sugar, start beating the egg whites on a medium-high speed. Then keep whisking and boiling the sugar.

Make sure you get your eggs whites to a nice stiff peak stage and then stop the beating if the sugar needs more time to cook. You want to take your sugar off at about 135C. Next time I make it I'm going to play around with the temps and try taking itt o the next stage which is 139C. I think that's the hardness my mum wants. 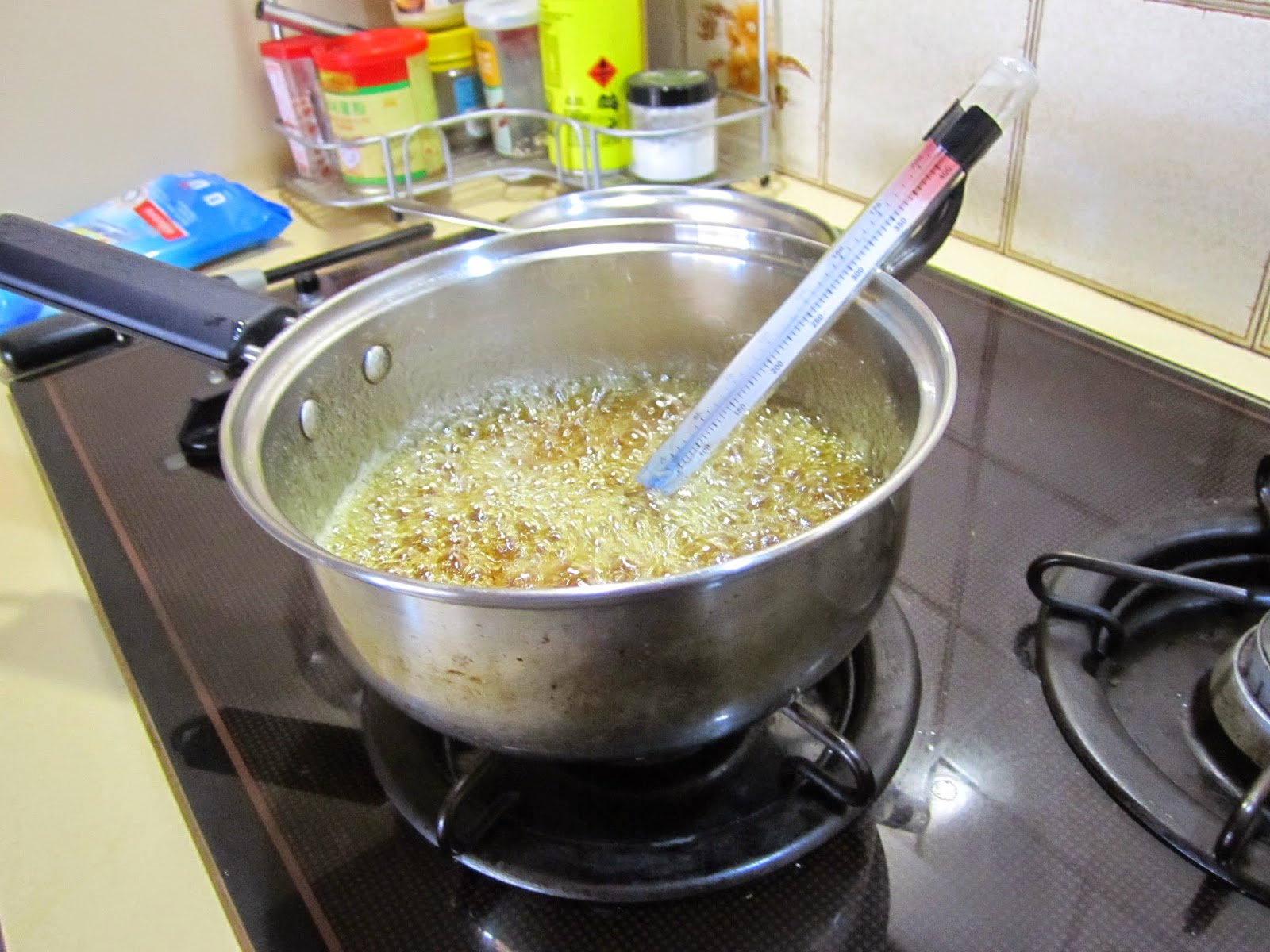 When the sugar reaches the temperature you want, take it off the heat and start pouring it slowly into the egg white mixture while the mixer is turned on and at a low speed. Keep pouring and mixing until it is all combined together.

Then you want to keep mixing until the mixture cools slightly. For me this lasted about 7 minutes. I have a nice plastic bowl so it cooled a little. It might depend on your bowl but you will notice the mixture becoming thicker and very white. I didn't take a photo coz my camera just made the bowl look empty with how white the mixture got. 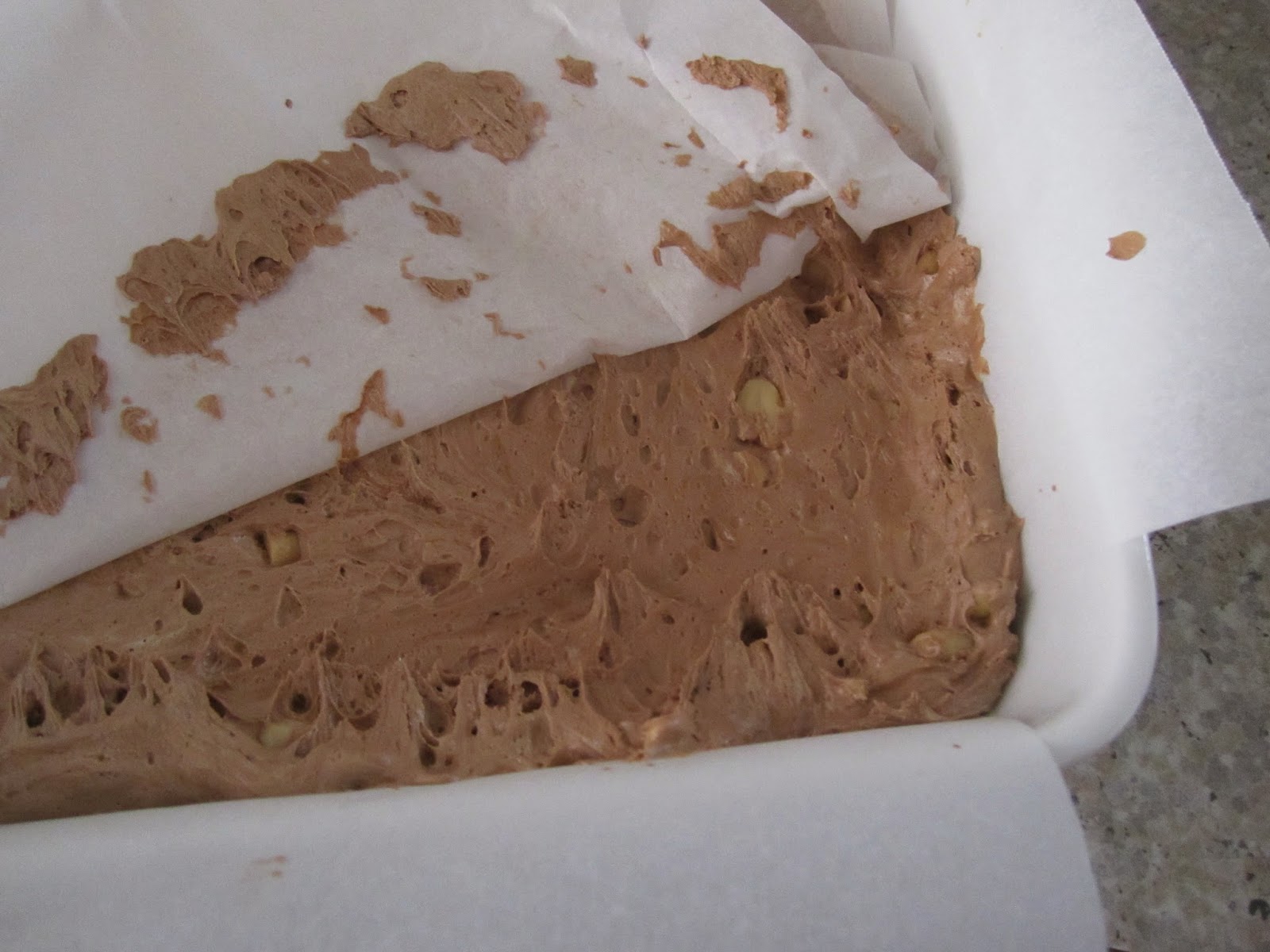 When that is done, I combined in the chocolate and the peanuts until well mixed and I couldn't see any more white. 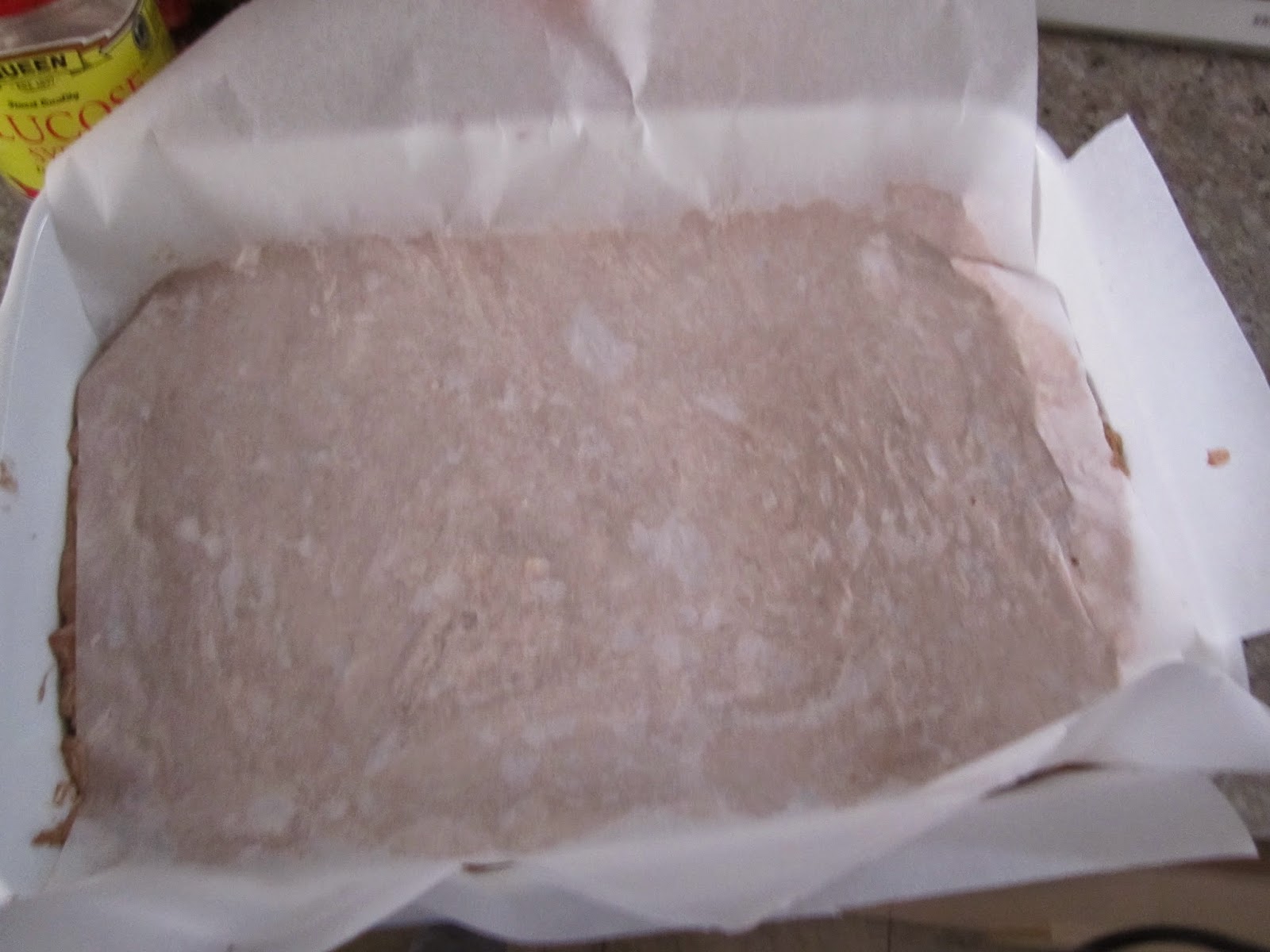 After smoothing down the top as much as I could, I pressed another sheet of baking paper down on the top to try and get a flat surface.

Try, being the operative word. 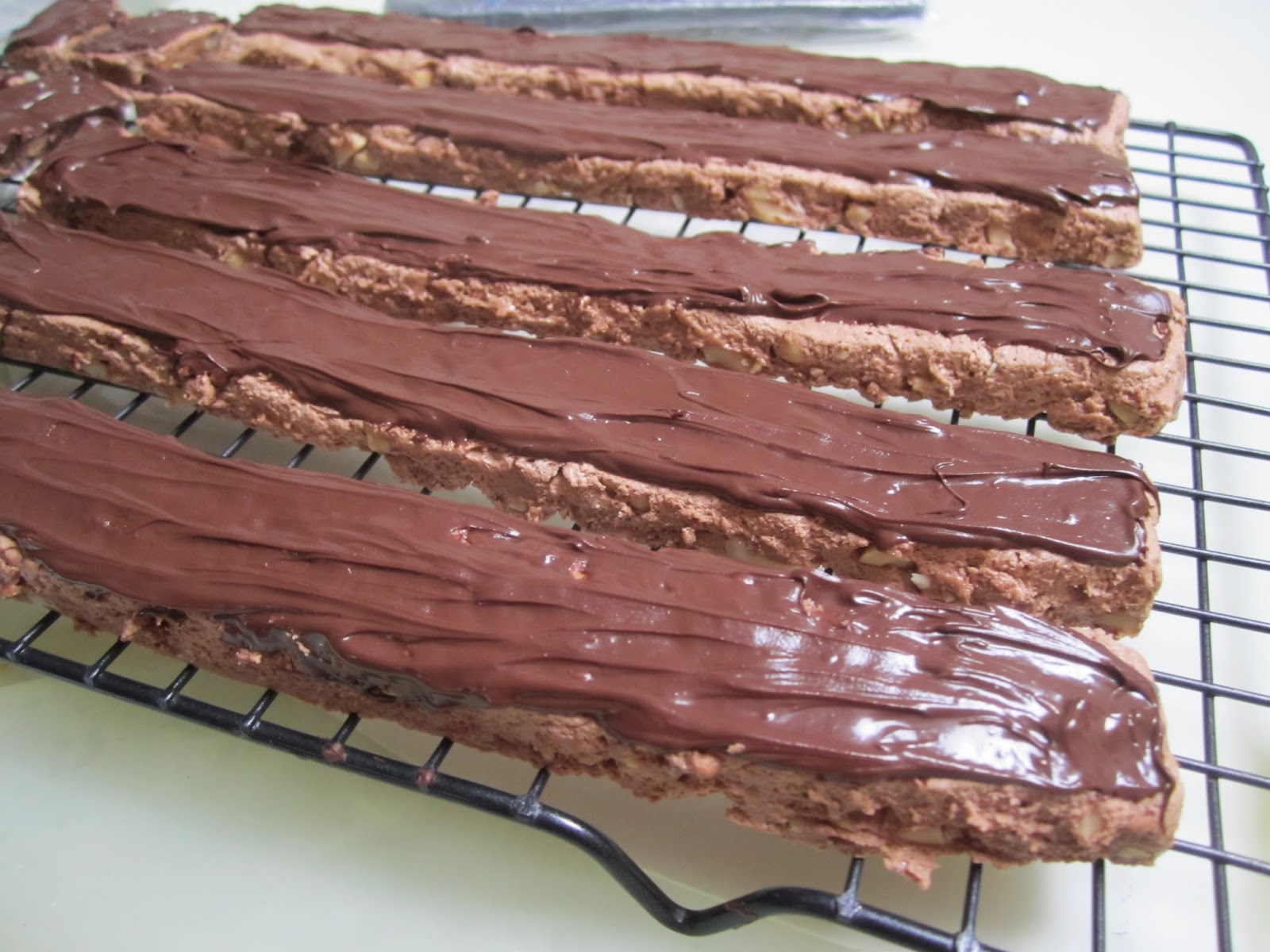 After about 6 - 8 hours, it set up nice and soft and I cut it into strips. I melted the extra chocolate I had to smooth over the top and then cut it into bite sizes chunks.