Lately I've just joined a gym and that's been taking up a lot of my time. Phew!~ But it's good to get back into shape. I've needed the kick in the butt to get myself moving and I joined a gym called Fernwood which I think is great because I feel uncomfortable around guys generally (except for the one that I seem to be dating right now) and I found a really nice all women's gym with really fun classes.

I do recommend though, even if you don't want to join a gym, everybody that's following my patterns should totally get off your butt once in a while and go for a walk at least! Get the body moving.

Anyway, I'm not going to preach about exercise coz that's not what I'm here about. The crochet patterns! I've been convinced to create a book with all of the pokemon pattern that I'm writing. That doesn't mean I won't still post free ones here, I will still share some of them but I'm going to be compiling a lot of the ones I'm making into a book. I still haven't decided how I'm going to be circulating the book though. It is going to be an ebook as well as a physical one. So we shall see about that later! 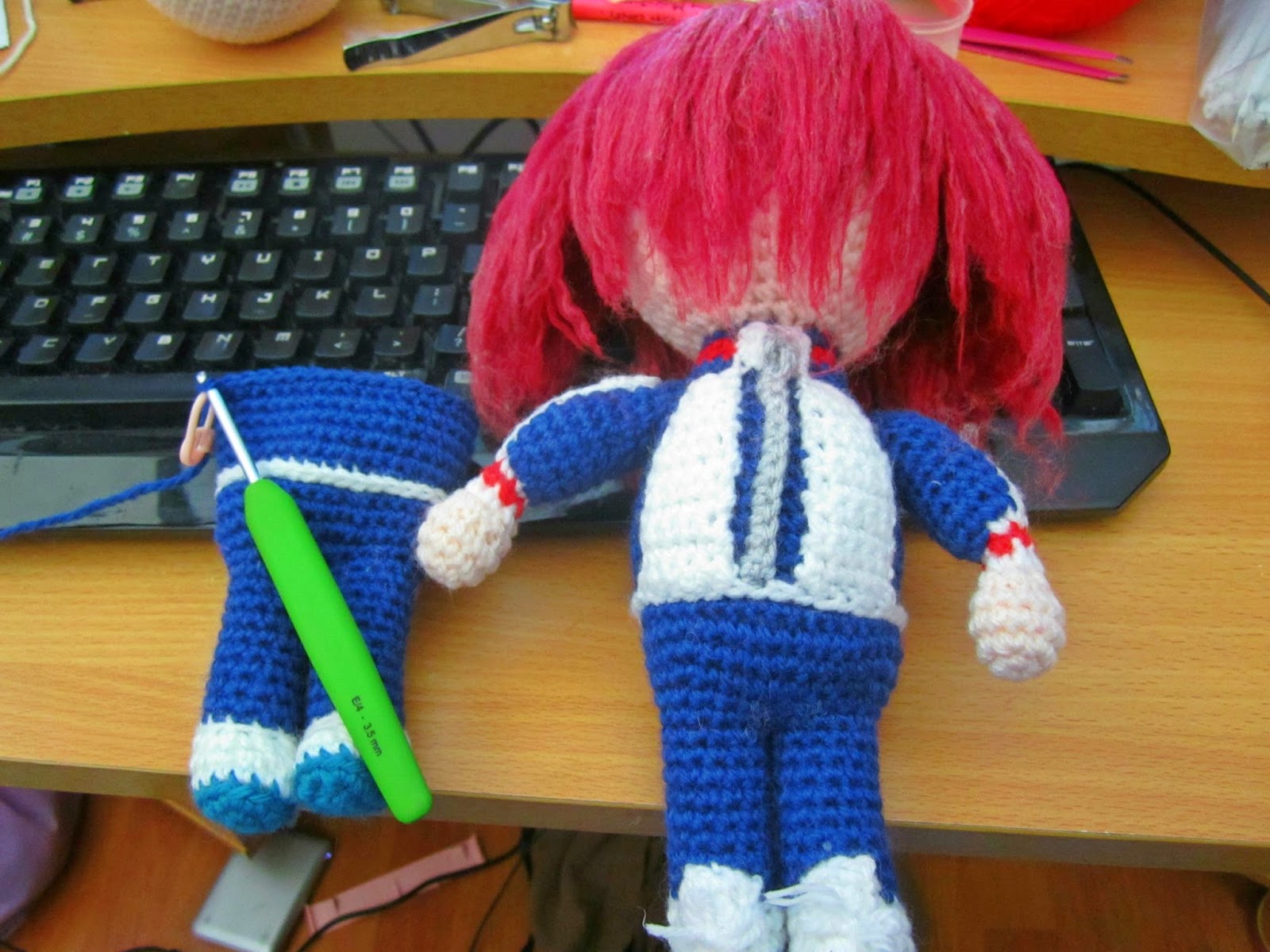 They're a doubles pair, can you tell who they are? Well, his hair is quite unruly at the moment and this photo makes his hair a little brighter than it actually is but they'll be done soon. When they're finished they'll also have tennis rackets.

There's a few more people that I will be creating from this series too so please be on the look out for them!

The next pokemon on my list at the moment are the male and female nidorans as well as the rattata.

For my first pokemon book it's going to be filled with gen 1 starter mon as well as a few of the more basic mon. I've also decided to release an all eevee-lution book. And one that's dedicated to furmon. Coz fur techniques is a journey on its own. But I've already taught the fur techniques somewhatly with growlithe so if you wanna know things, just bounce over to his pattern. :)