January 16, 2014
So I needed something quick to cook the other day for lunch. My boyfriend and I were wandering around the shops and I remembered a quick recipe I threw together a short while back and decided to create it again. This time I took photos so everyone can have a go at it. The recipe itself took about 20 minutes from the beginning to end.

All of the weights are rough so you don't have to weigh them out or anything. Just buy enough to feed yourself. The ingredients that I have in the photos feeds four - six people depending on how hungry those people are.
Ingredients
* 250g mushrooms, sliced
* Spring onion (I used three stalks out of that bunch), sliced and separate the white hard part from the green leafy part at the top
* 2 gloves of garlic, diced
* 250ml of cream
* 1/2 cup of milk
* 1 large chicken breast
* 1 avocado
* 1 packet tortellini (of any kind. I used spinach coz I didn't want to add more meat to this dish) 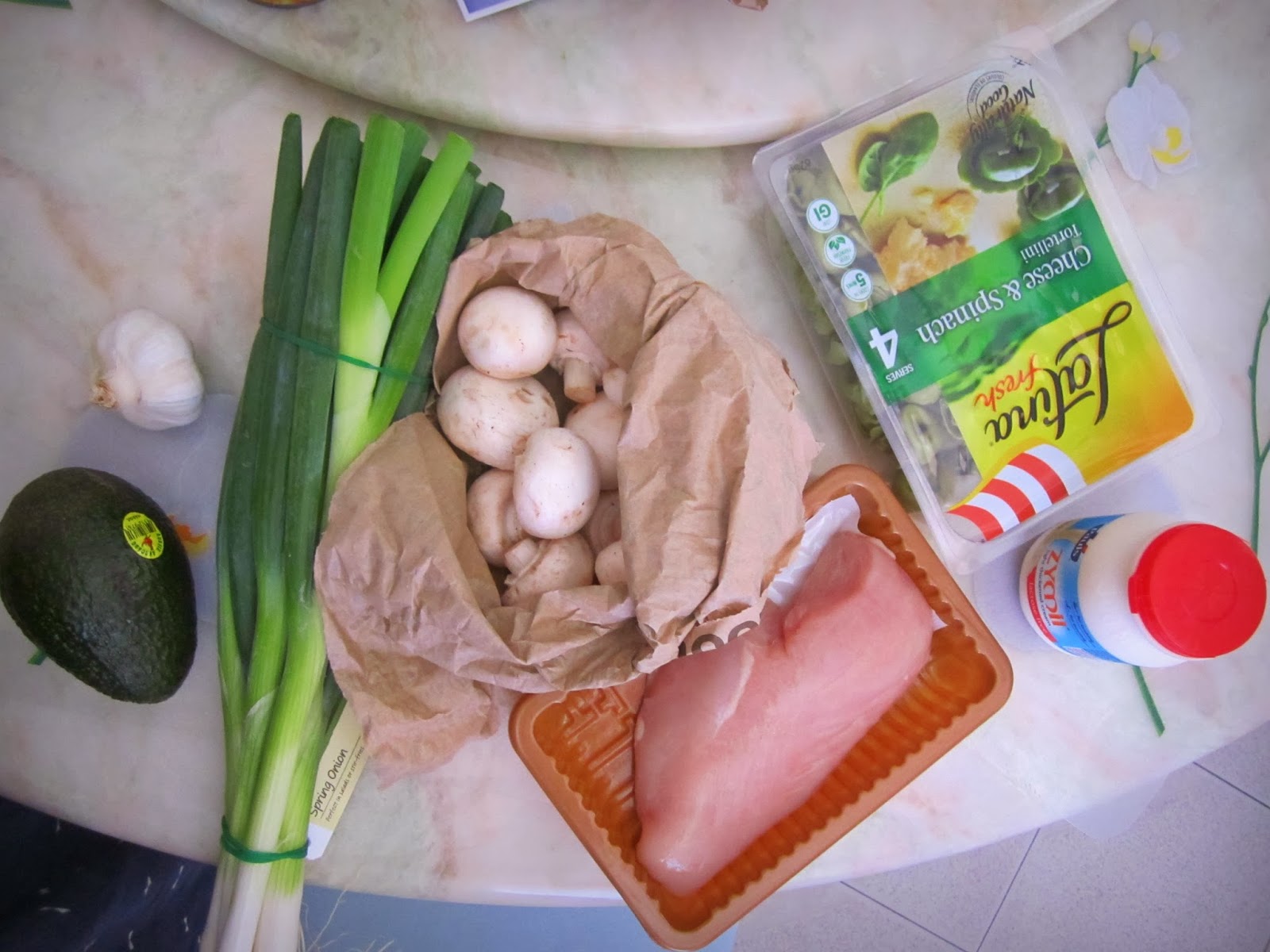 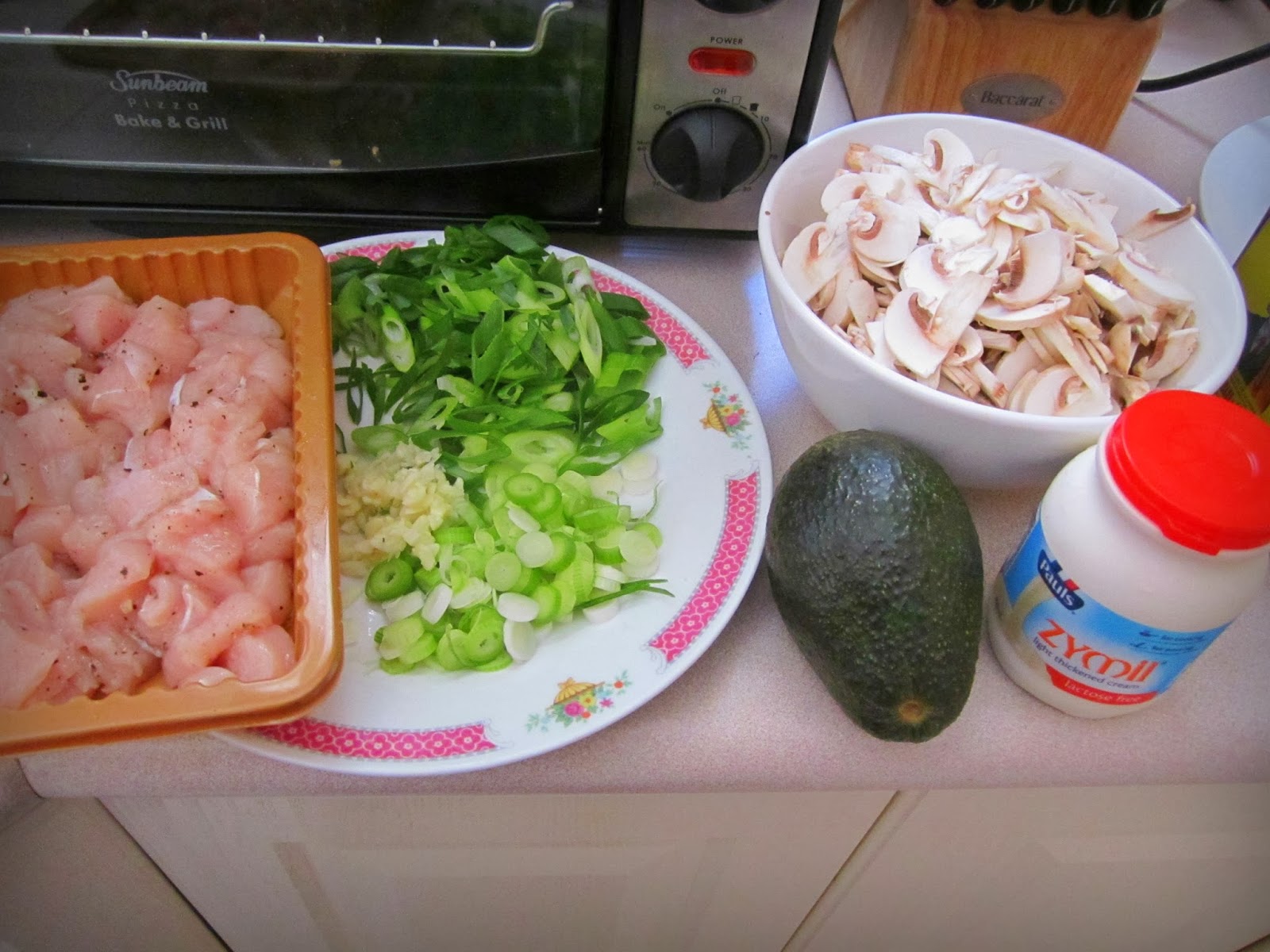 Here it is, all of my ingredients prepped up. I seasoned the chicken well and cubed it. On the plate in the middle I have the stalk part of the spring onion mixed up with the garlic. I sliced the leaf part of the spring onion at more of an angle to have longer pieces of that. I also seasoned the chicken well with pepper and salt. If you like a slightly thicker sauce, you can also at this point cover the chicken pieces in corn starch. 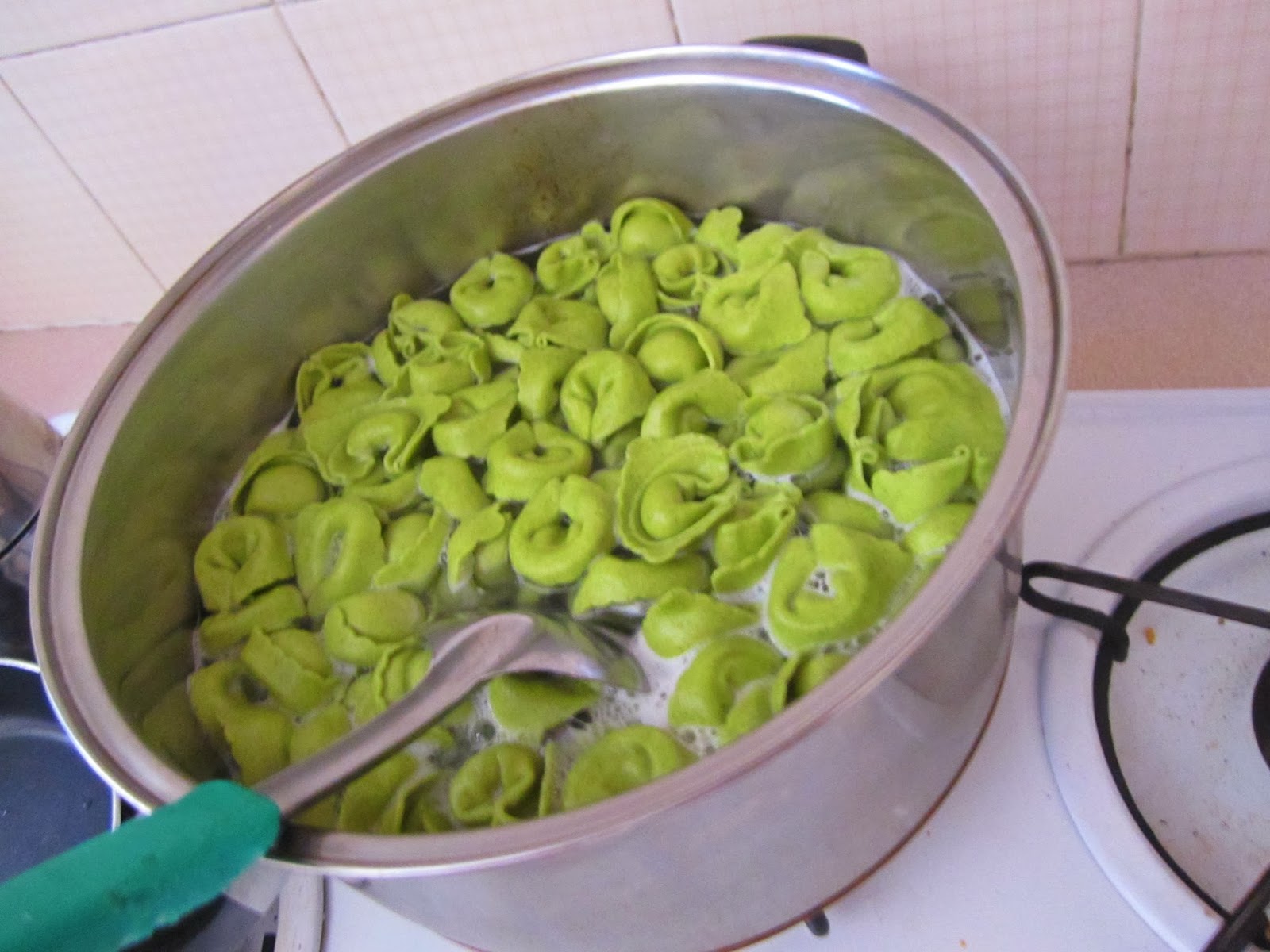 While I cooked the sauce, I had a wonderful boy guarding the tortellini and helping me cook it. 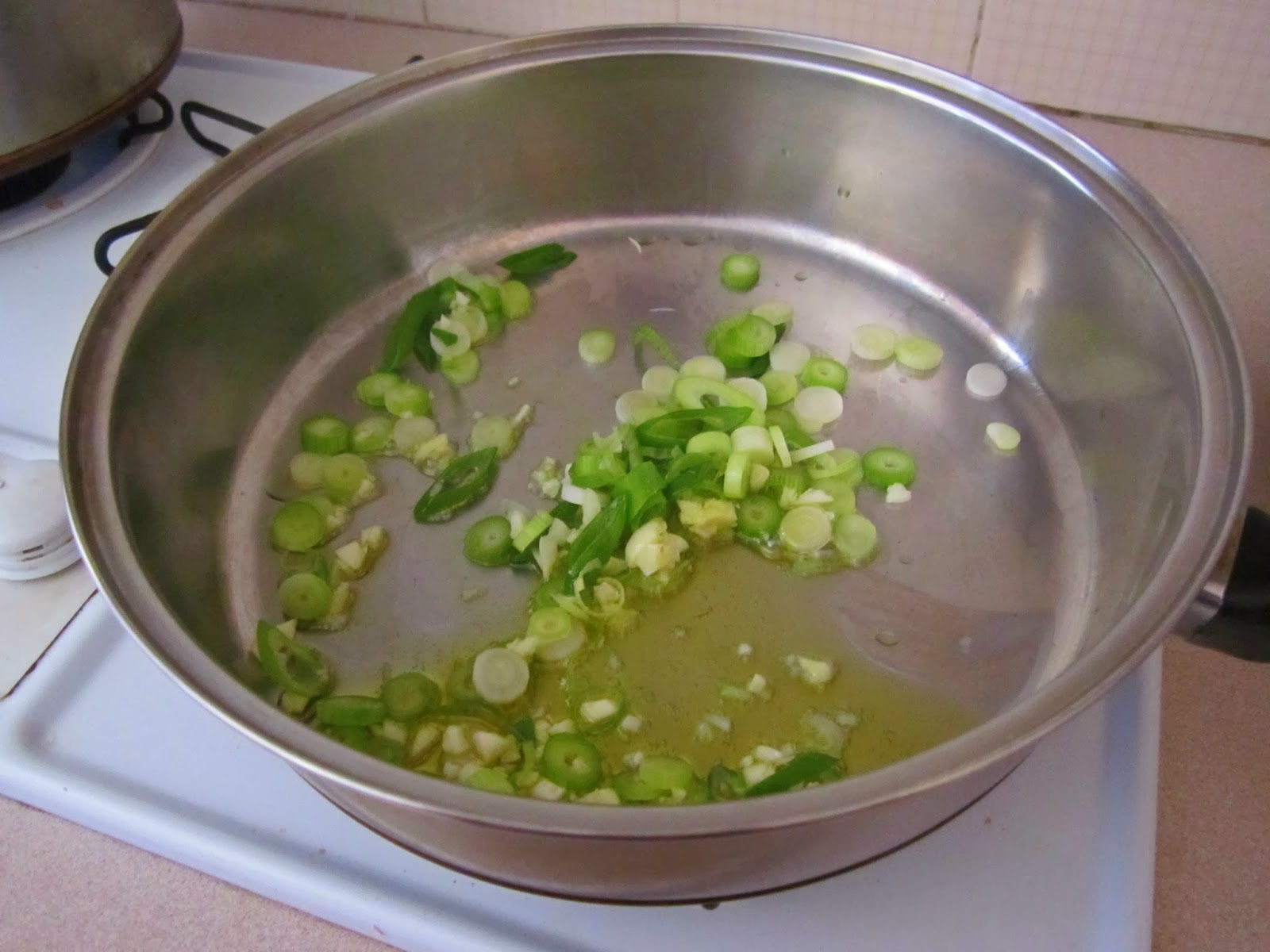 In a frypan I started cooking the garlic and stalky part of the spring onion until softened. 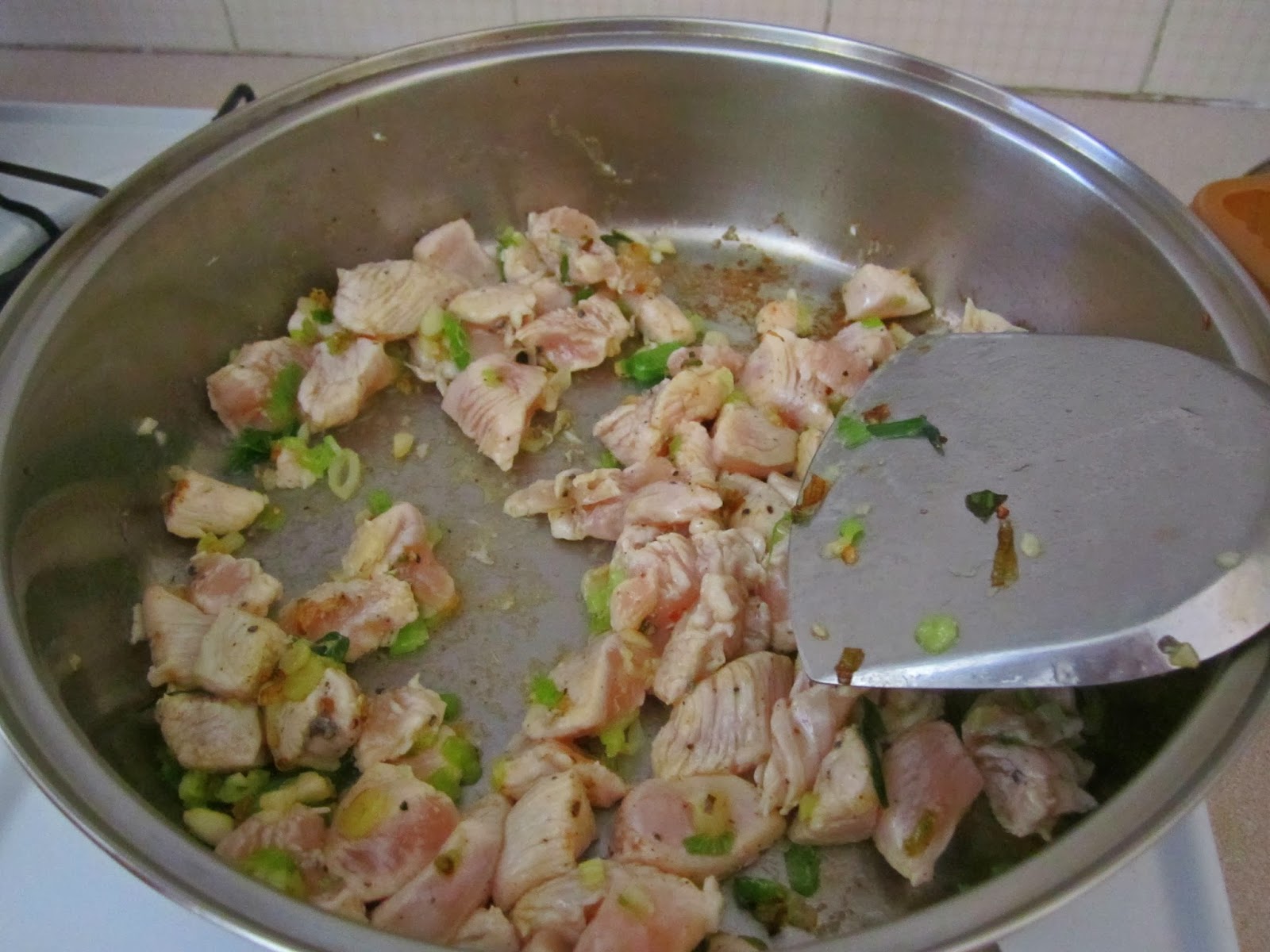 After a few minutes of that, I added the chicken and browned that until it was almost half cooked. If you leave it until the chicken is completely cooked, by the end of the dish you'll have overcooked chicken. It was at this point that I added the mushroom and cooked until they were soft. 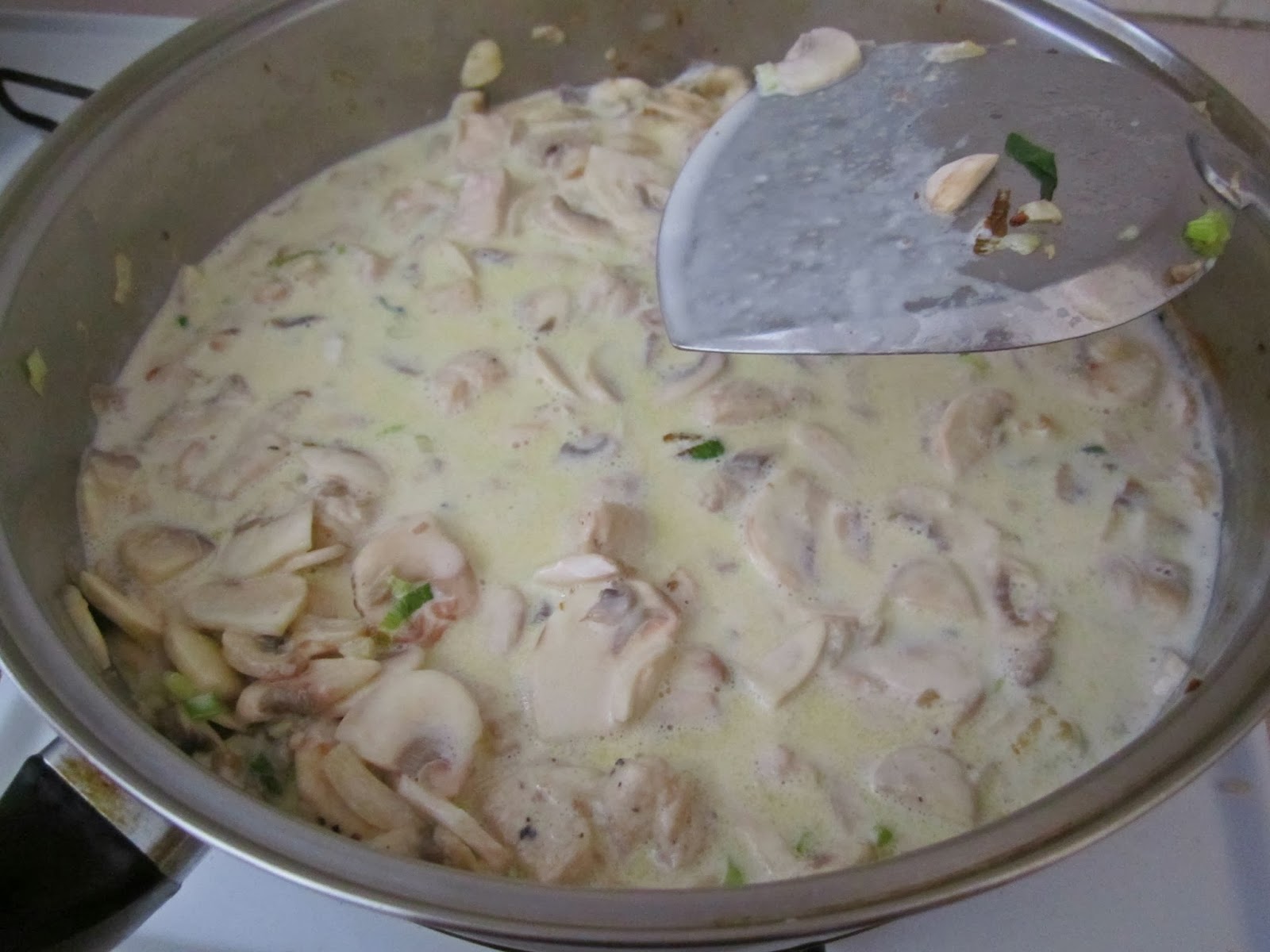 When it reached that point, I added in the cream and the milk and cooked it until it thickened slightly. It was a nice and thin sauce but if you add the cornstarch to the chicken at the earlier step, it becomes a thickened cream sauce. When it reached a nicely cooked point, you add the rest of the spring onion just for it to wilt and cook in. 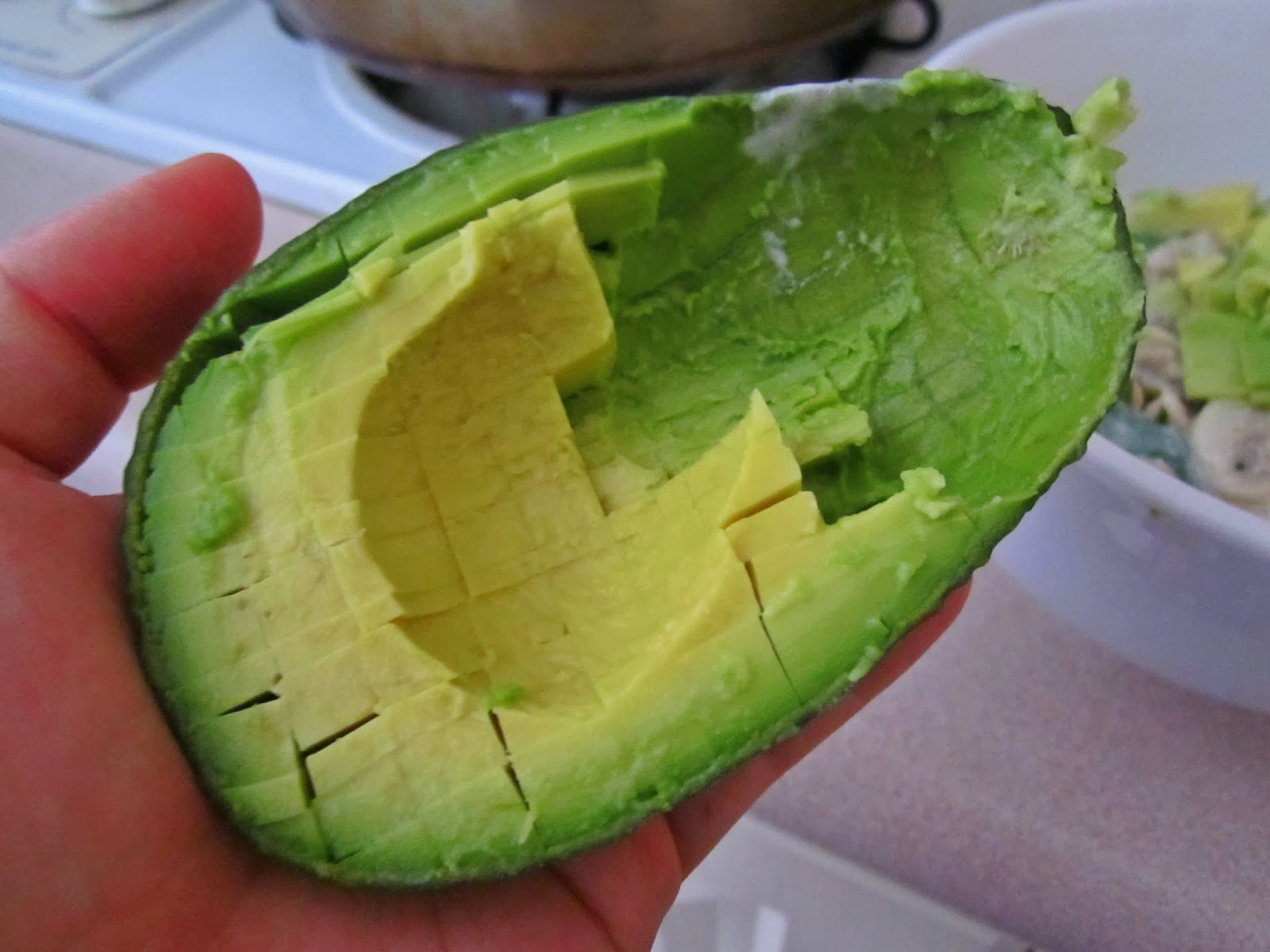 Then I diced up the avocado how I usually do. If you've never opened an avocado before, slice around in half. The way you see in the above picture. Grab one half in each hand and twist. The two halves will then come apart. If you need to get the stone out coz you're eating all the avocadao, then use a knife and chop into the stone. With the knife stuck in the stone, twist and the stone will come out.

If you're only using half the avocado though, leave the stone in and wrap in cling wrap. Leaving the stone in makes it brown less quickly. 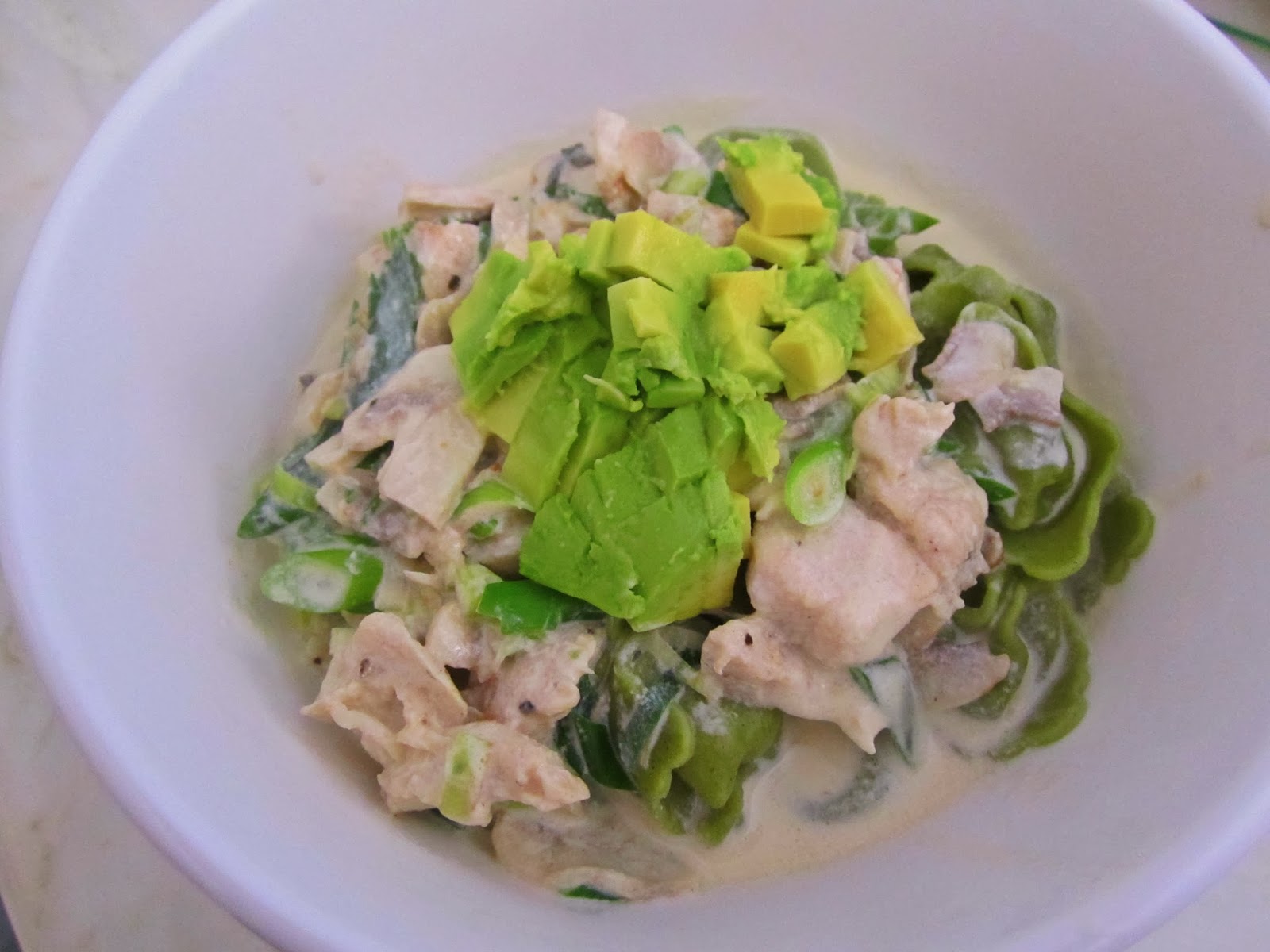 And there we have it. Quick easy cream pasta.