January 07, 2014
There is nothing I love more than garlic roasted until it is really soft and smooshy and delicious. So incorporating that into bread is an absolutely delicious idea. So I'm going to share the quick recipe that I had for it here today. 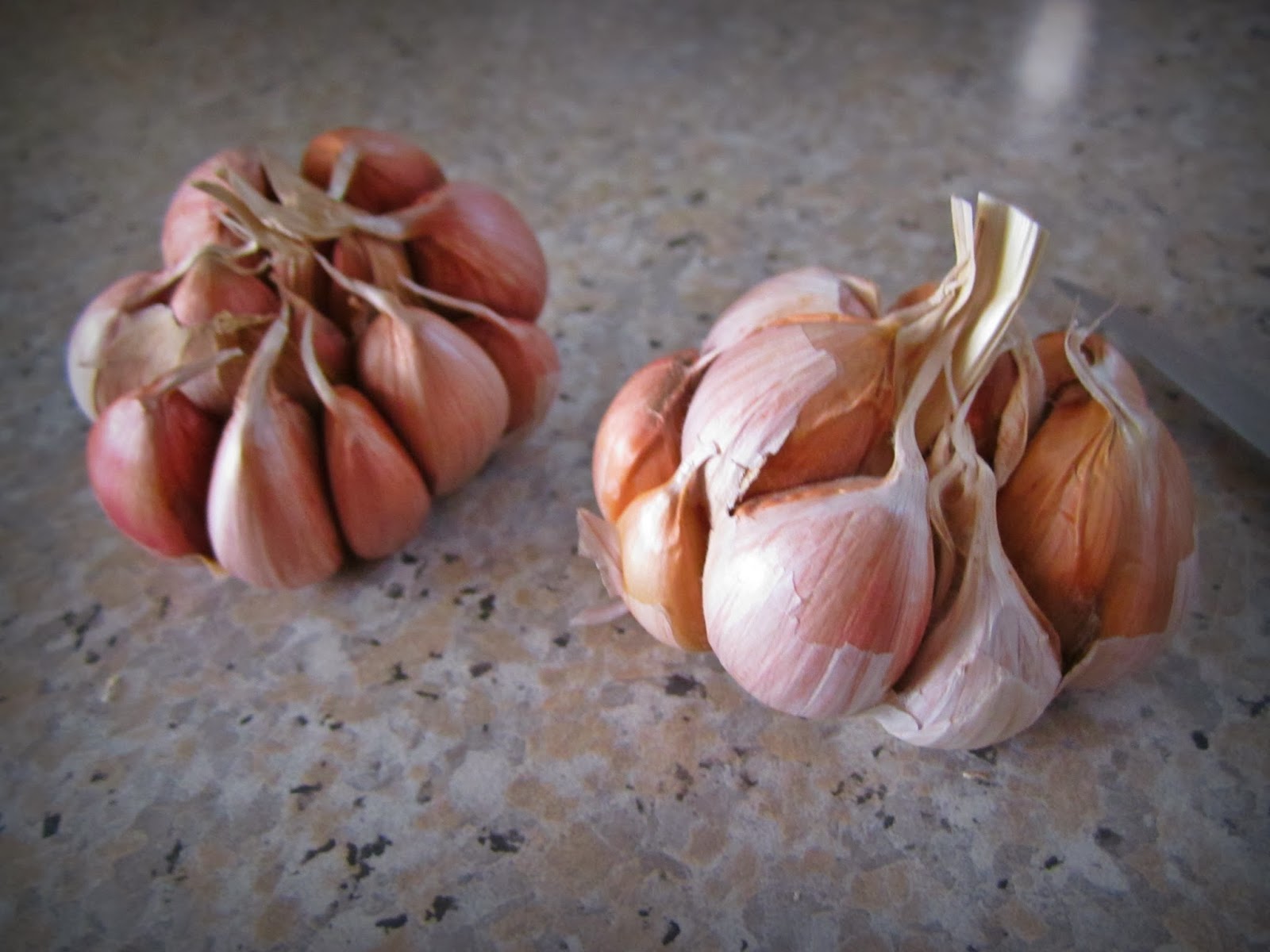 Just like picture above. I removed all the papery skin from the edge. 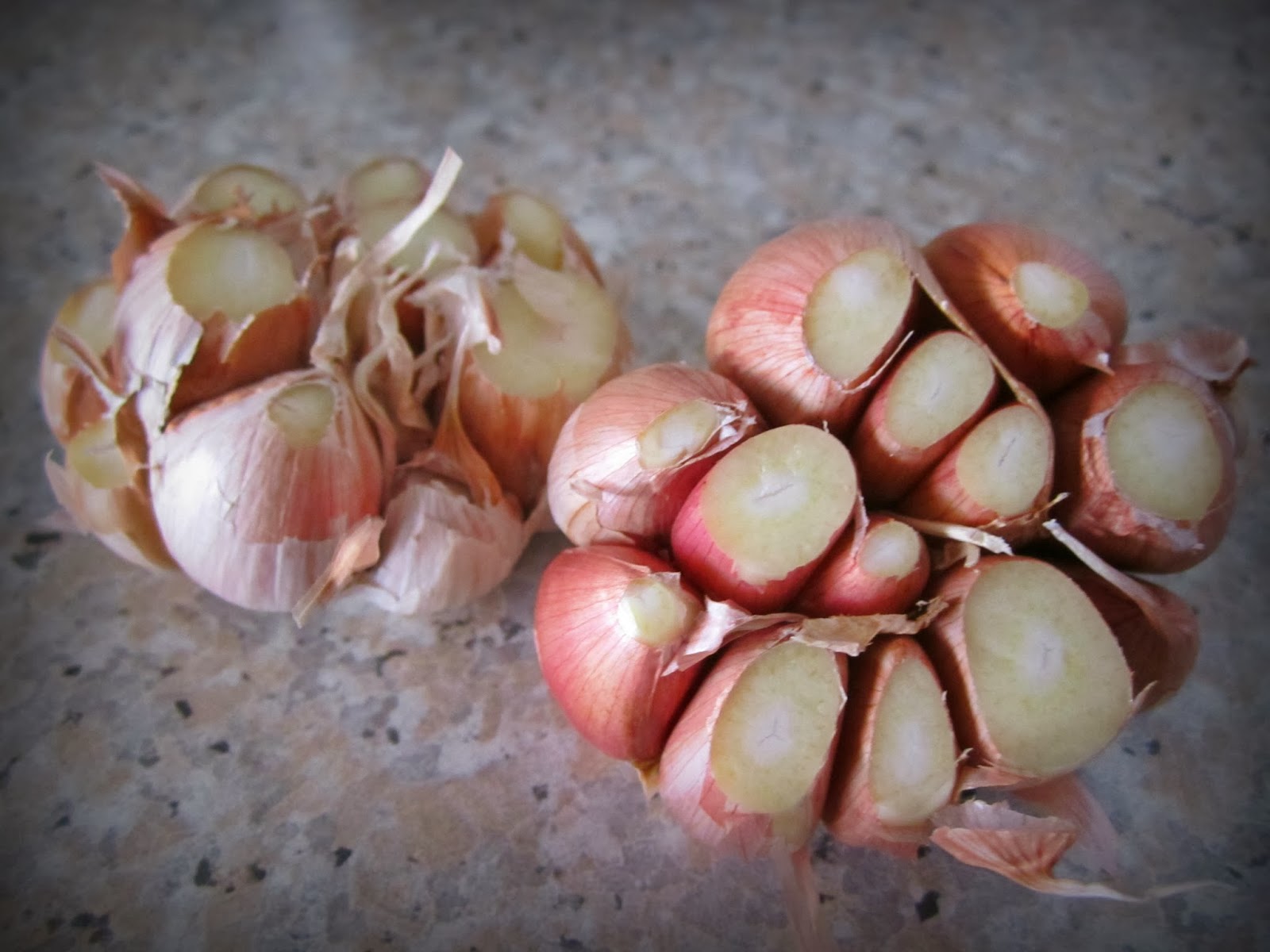 Then cut off the tops of it to reveal the tasty garlic cloves but trying to not take off too much of the top even though on the right you can see I failed at that a little bit. 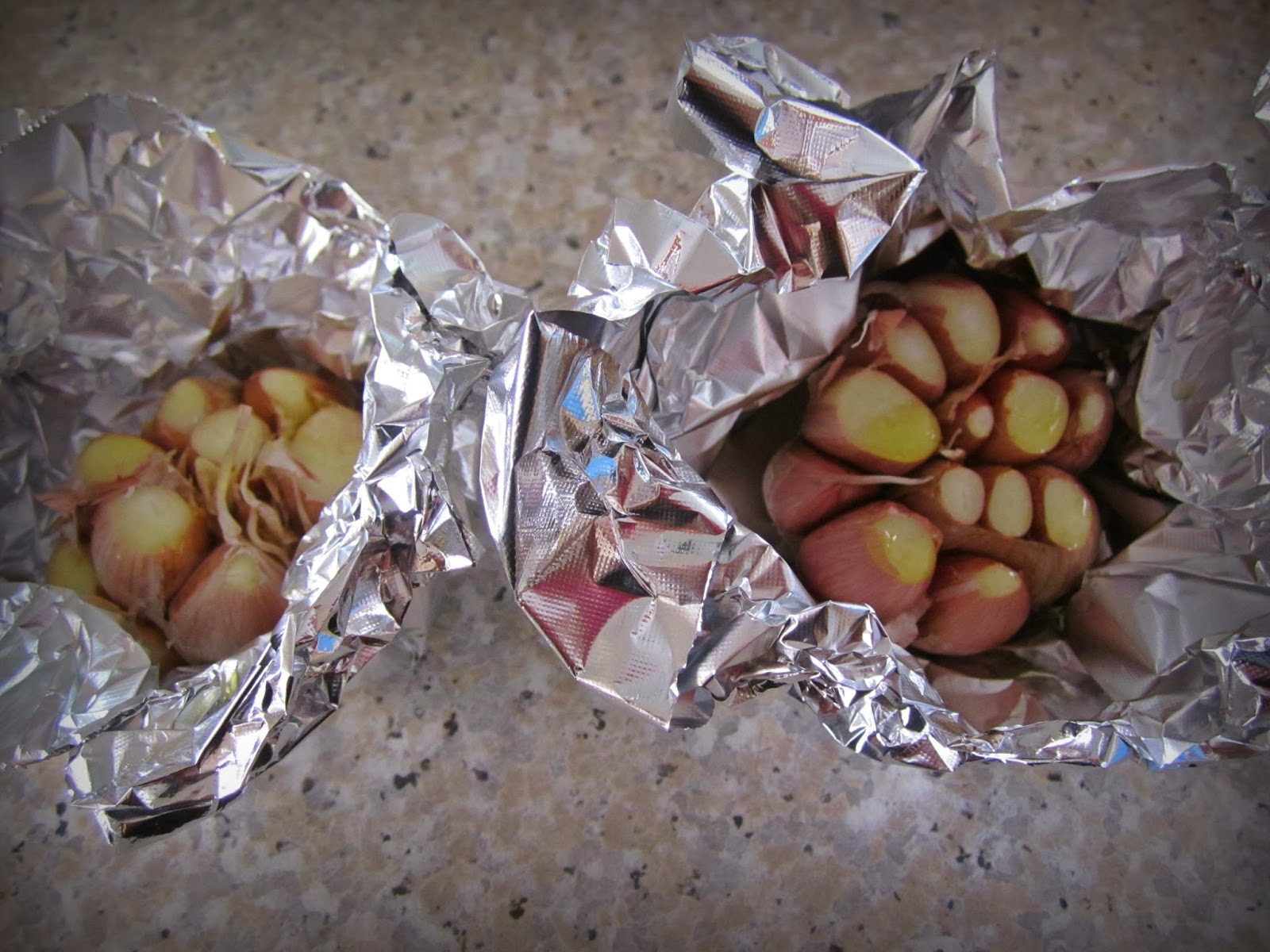 Then wrapped it in a new foil skin and drizzled it with a nice olive oil. Then I wrapped it tightly closed. That went into my small fan forced oven at 180C for 35 minutes. They came out slightly browned on the outside and absolutely delicious. I left it on a bench while I baked the bread, then came out and used my fingers to push the soft garlic out of its skin. I've also made this before and just cooked it into a cream sauce for pasta. 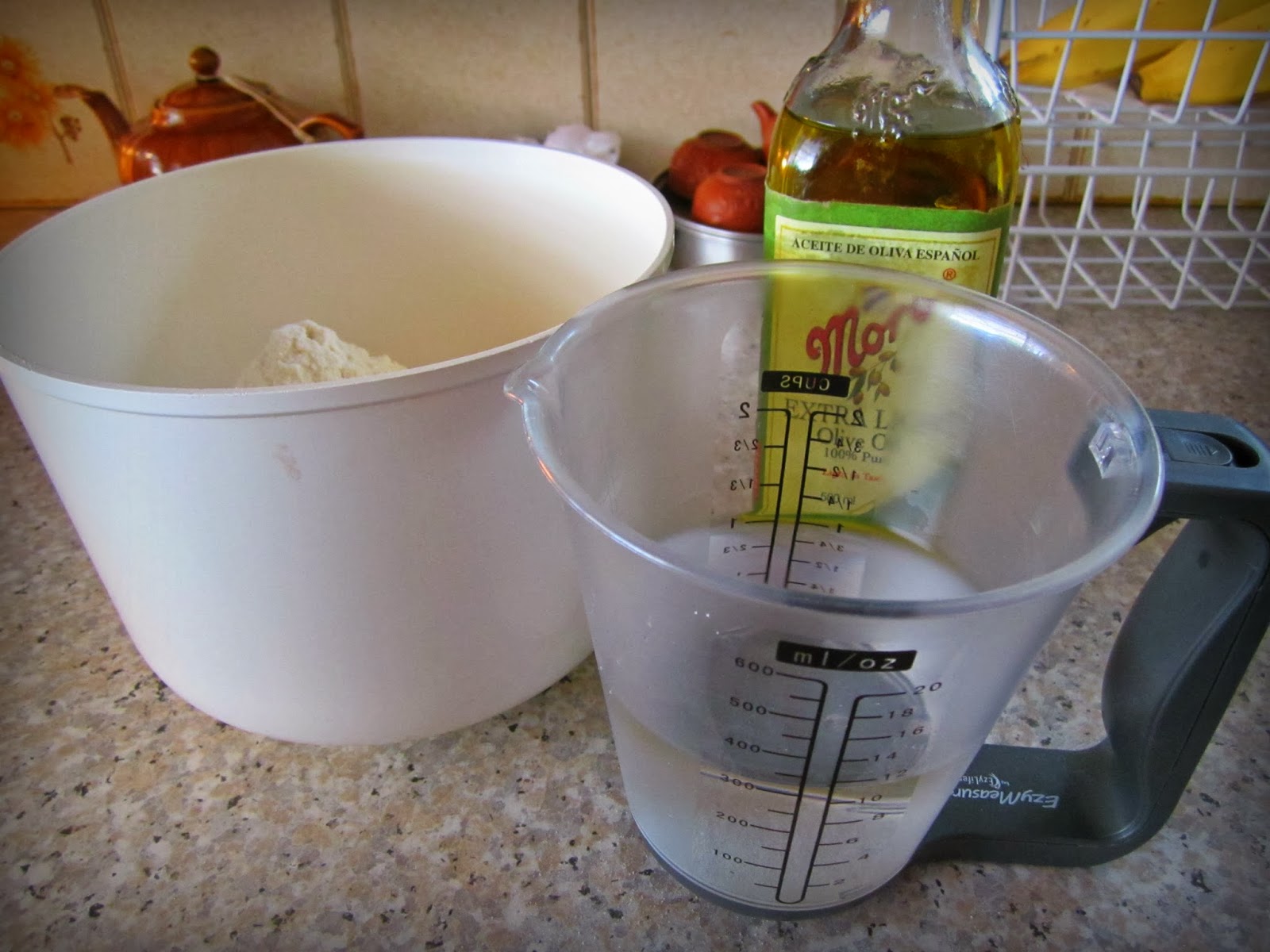 Bread Ingredients
* roasted garlic as above
* 100g semi dried tomato (the tomato I got from the deli also had basil mixed in with it, so tasty)
* 500 gram bread flour (I used plain flour and added 50 grams of gluten to it, so your recipe might use less water than I put in)
* 10 gram salt
* 20 grams sugar
* 7 grams yeast
* 400 ml water (I suggest starting with 350ml but the dough is slightly wet to begin with and gradually works into a nice soft dough) 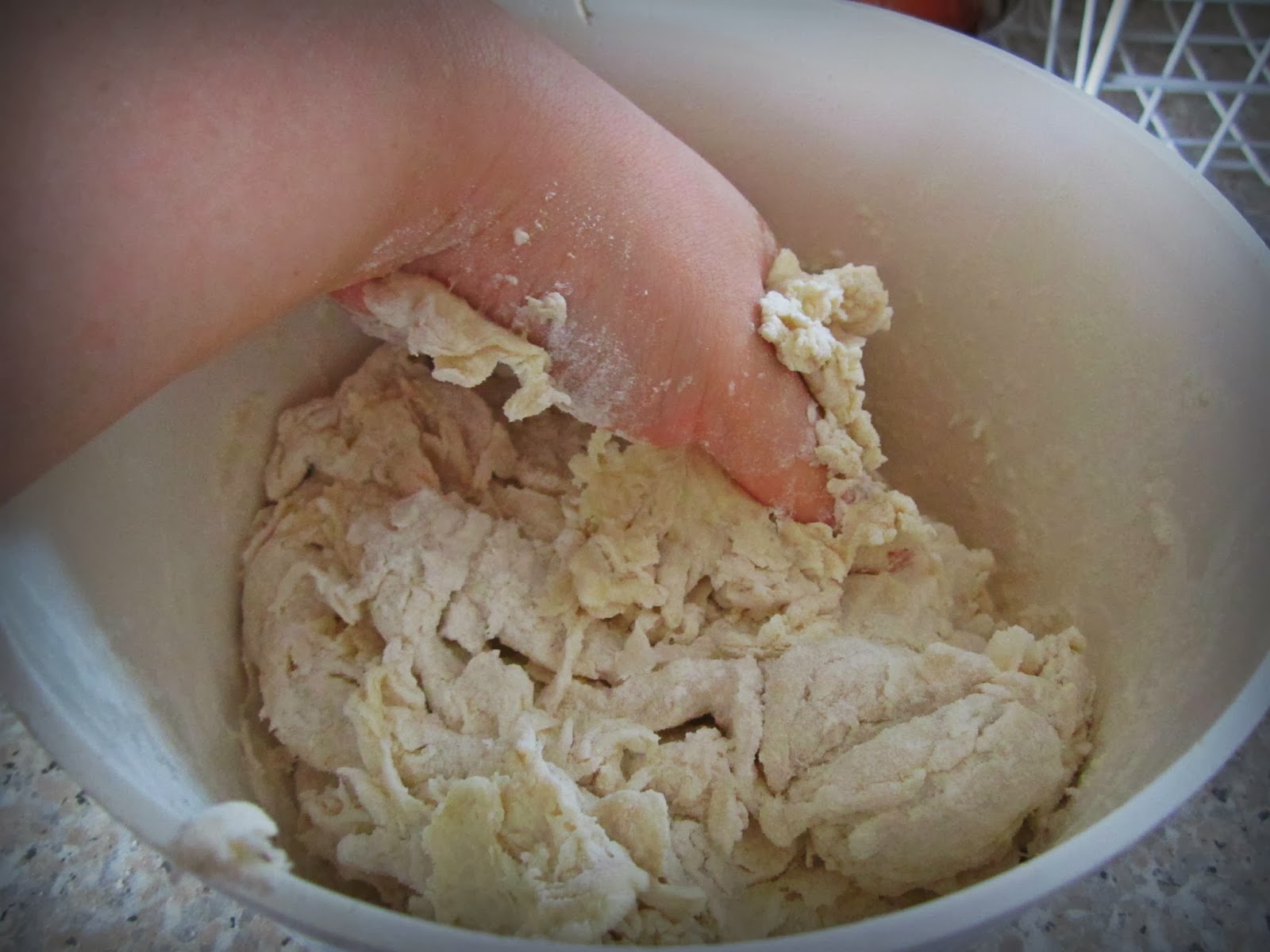 Combine everything from the flour down to the water in a bowl and combine together. The picture you can see above there is when I added about 300ml of water and it was quite dry so I added more and it became about the nice soft squishy dough I prefer at about 400ml. It will start off quite squelchy but don't worry and don't add more flour to make it less squelchy. If you mix it (by hand or machine) and keep mixing, it will work into a nice dough.

You will notice that in the above picture there is a bottle of olive oil. When I was kneading this dough by hand, I followed Paul Hollywood's technique of using olive oil on the bench instead of flour so it didn't add extra dryness to the dough and it worked out quite well. 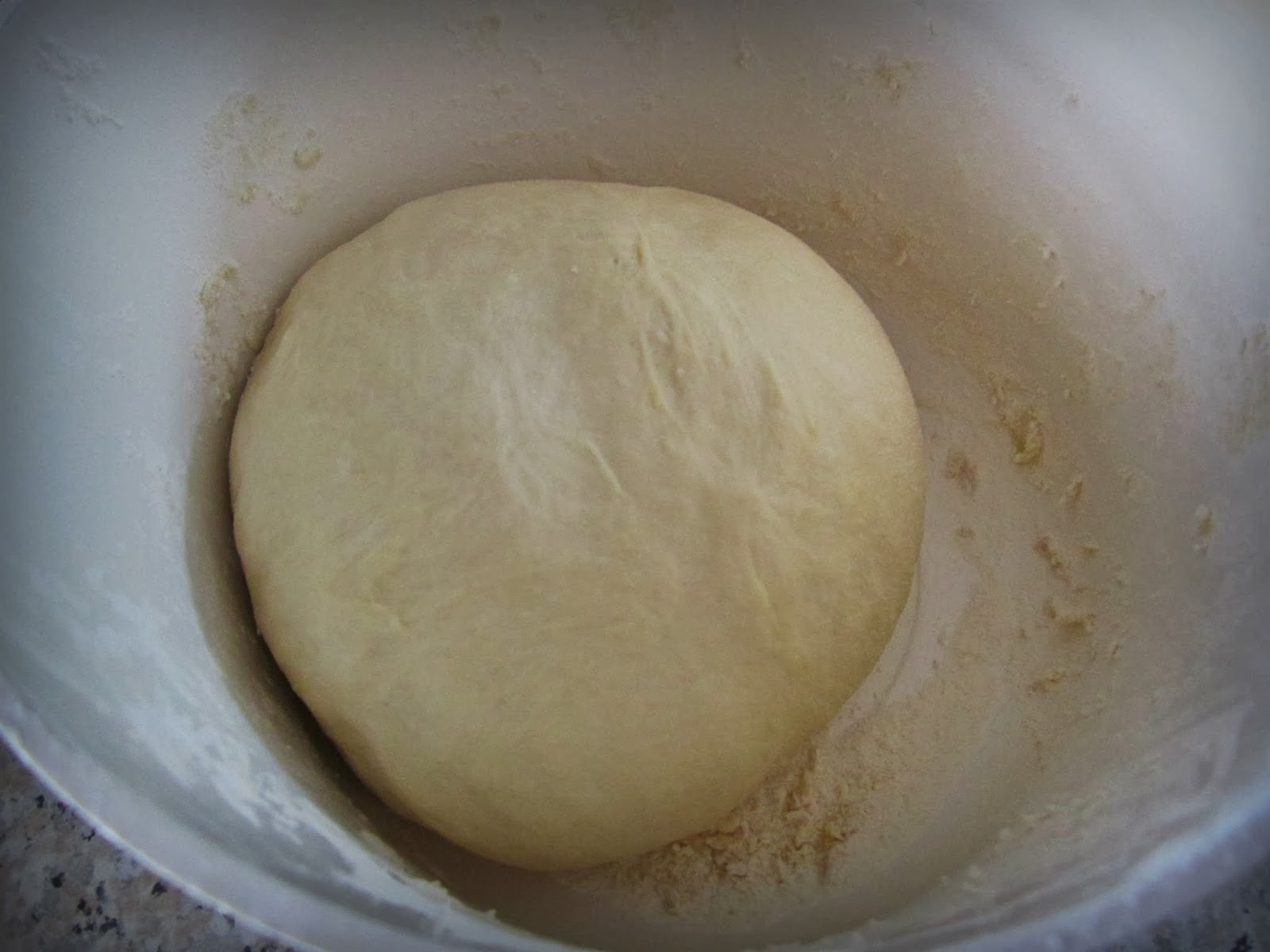 After about ten minutes of mixing by hand it turned into this nice ball of dough that I cling wrapped and left to rise for about an hour. 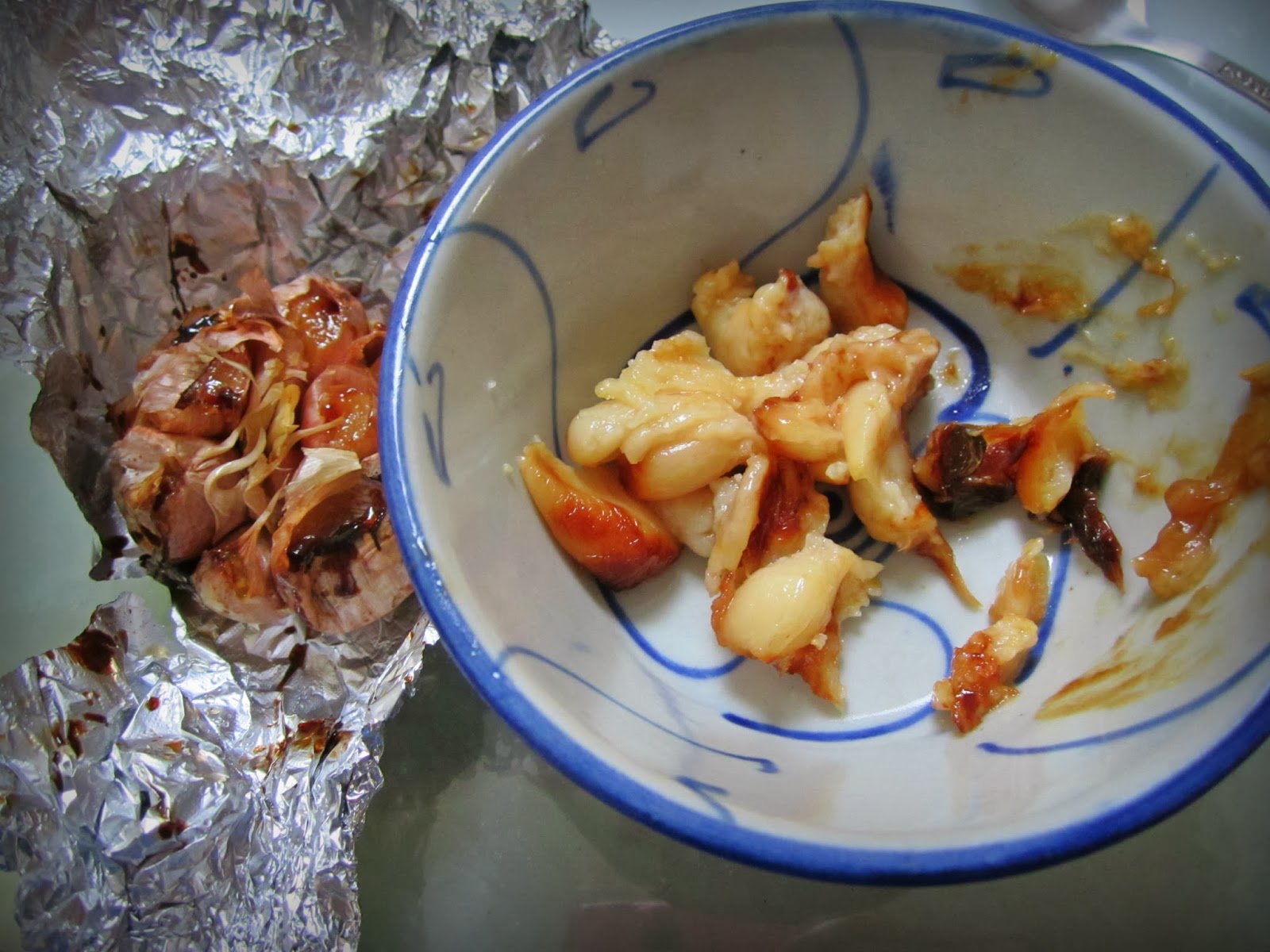 This is the delicious garlic that has been smooshed out of its skin. Seasoned with a teensy bit of salt and pepper. 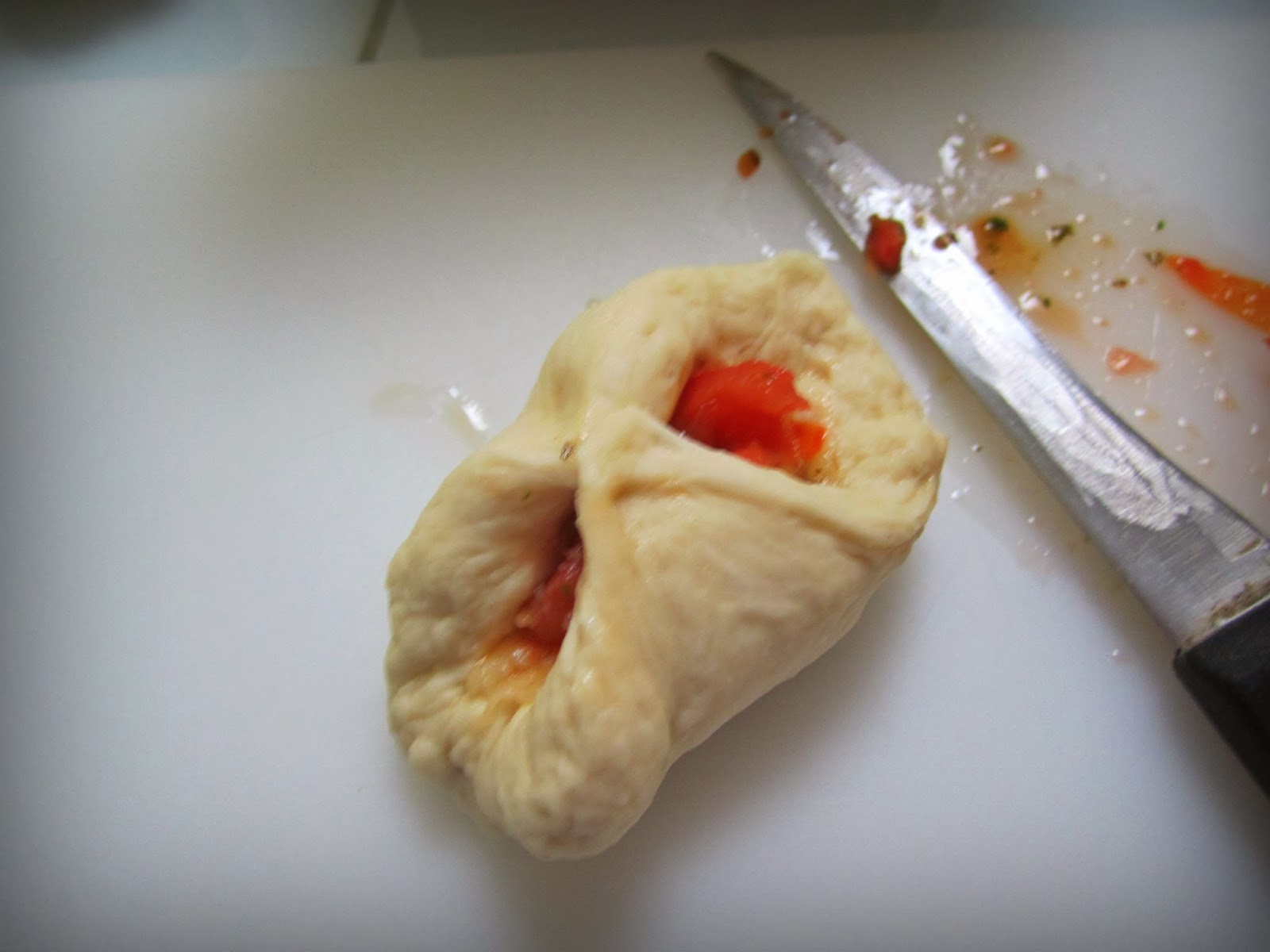 After the proofing, I shaped individual little balls and filled them with the garlic paste and some of the cut up semi dried tomato. I then rolled them up... 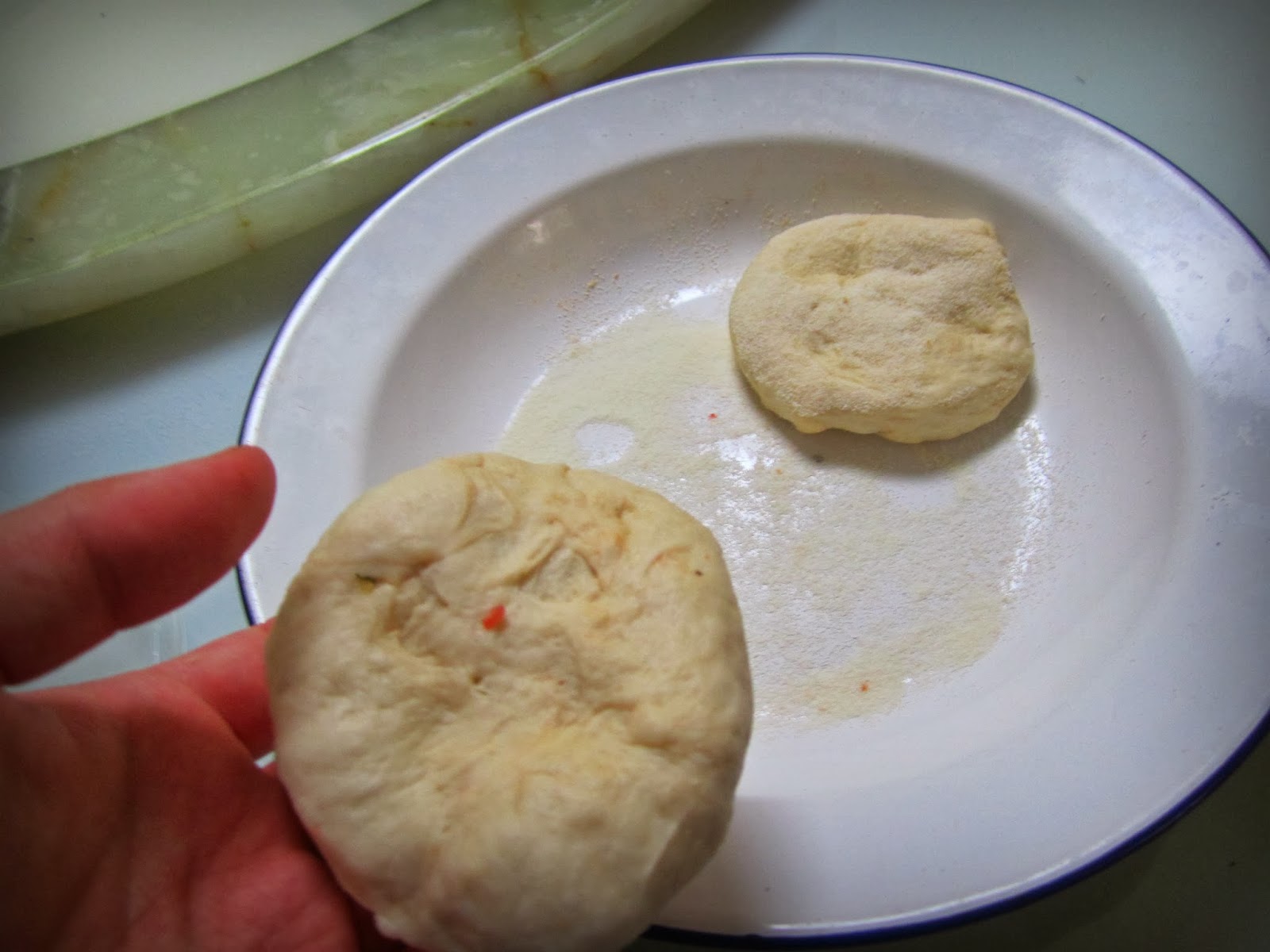 ...flattened them by hand and dusted the outside with semolina. 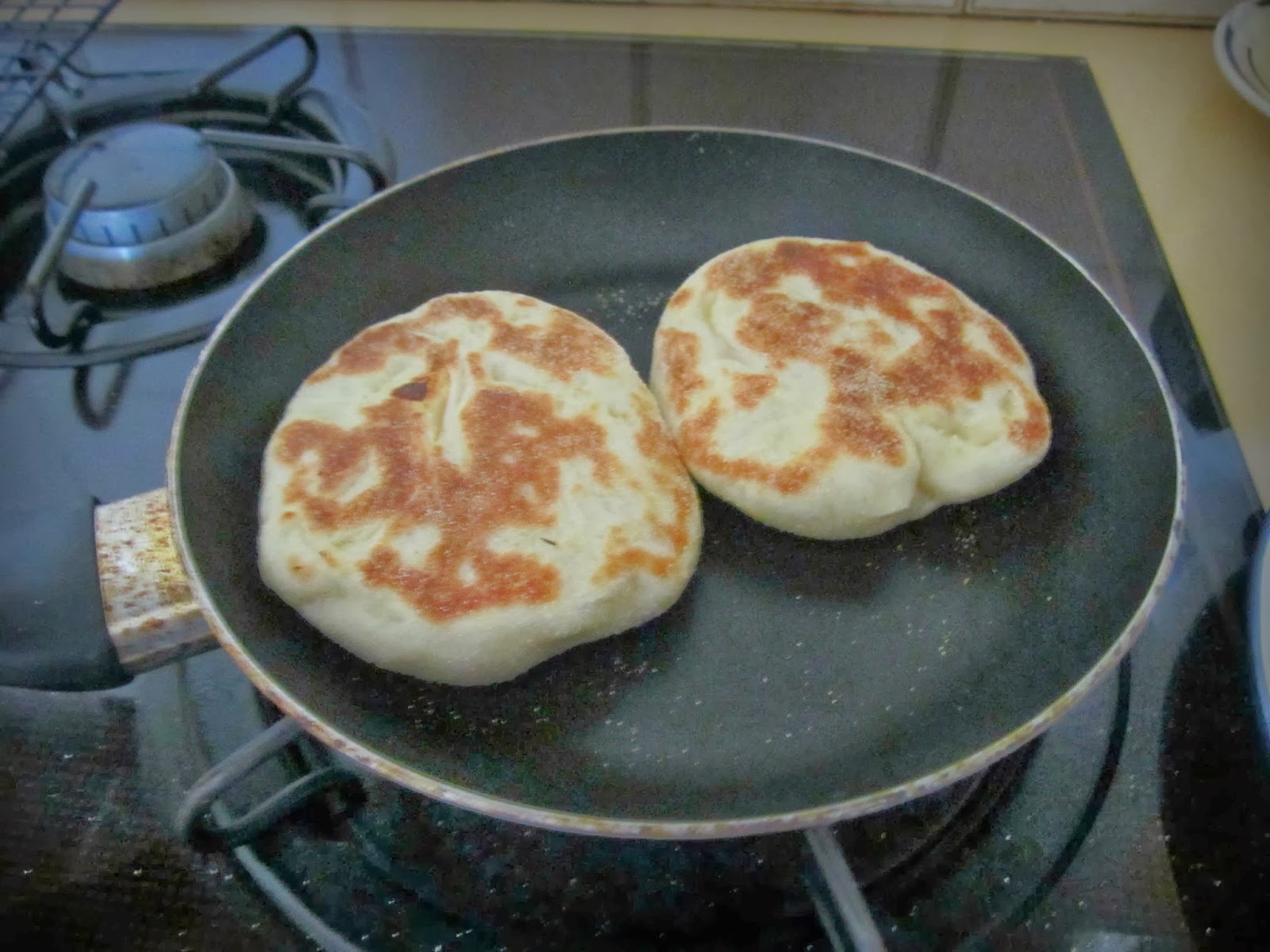 They then went into a pan on low heat and cooked until they heated through. 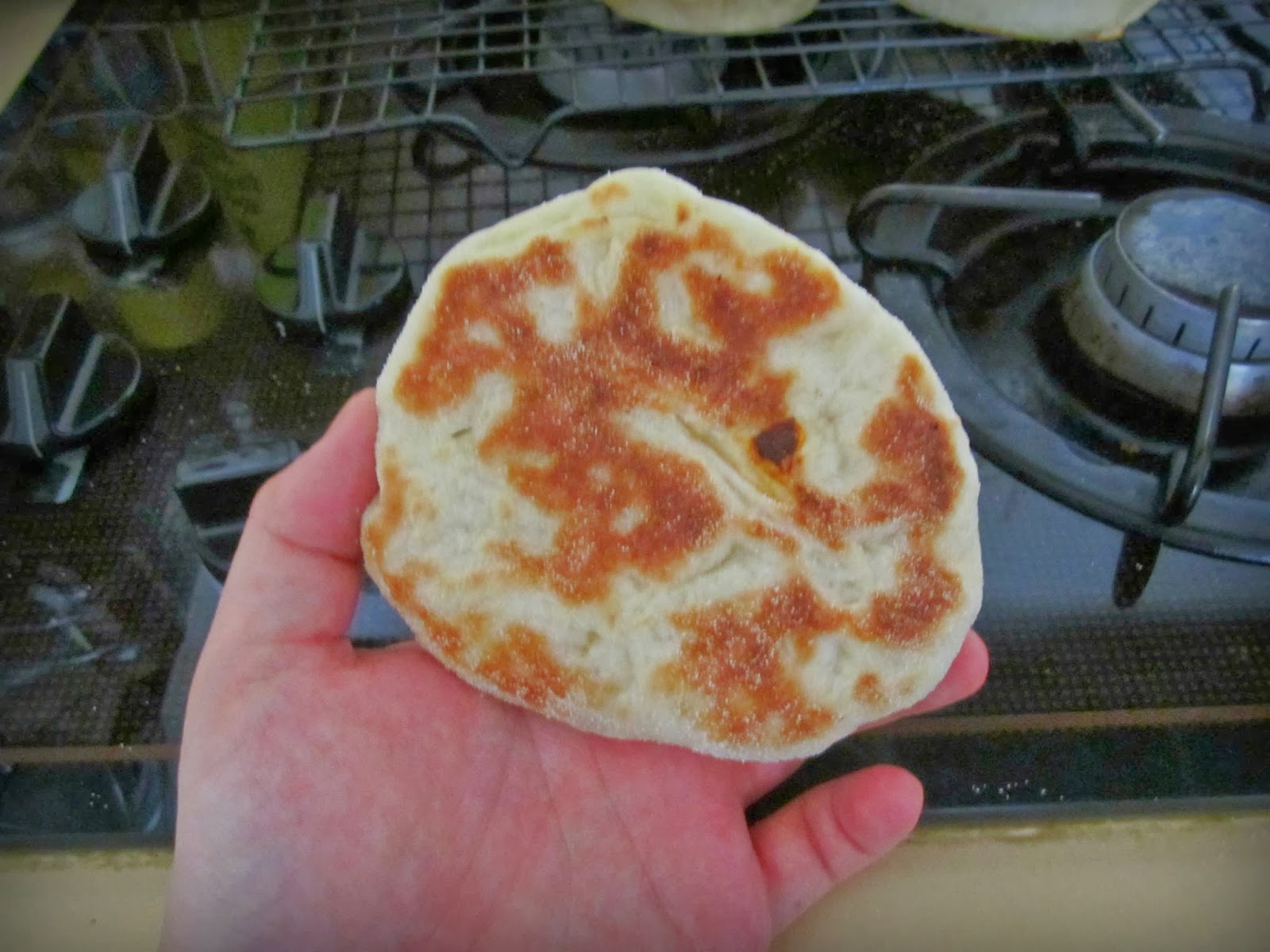 So absolutely fluffy and tasty. 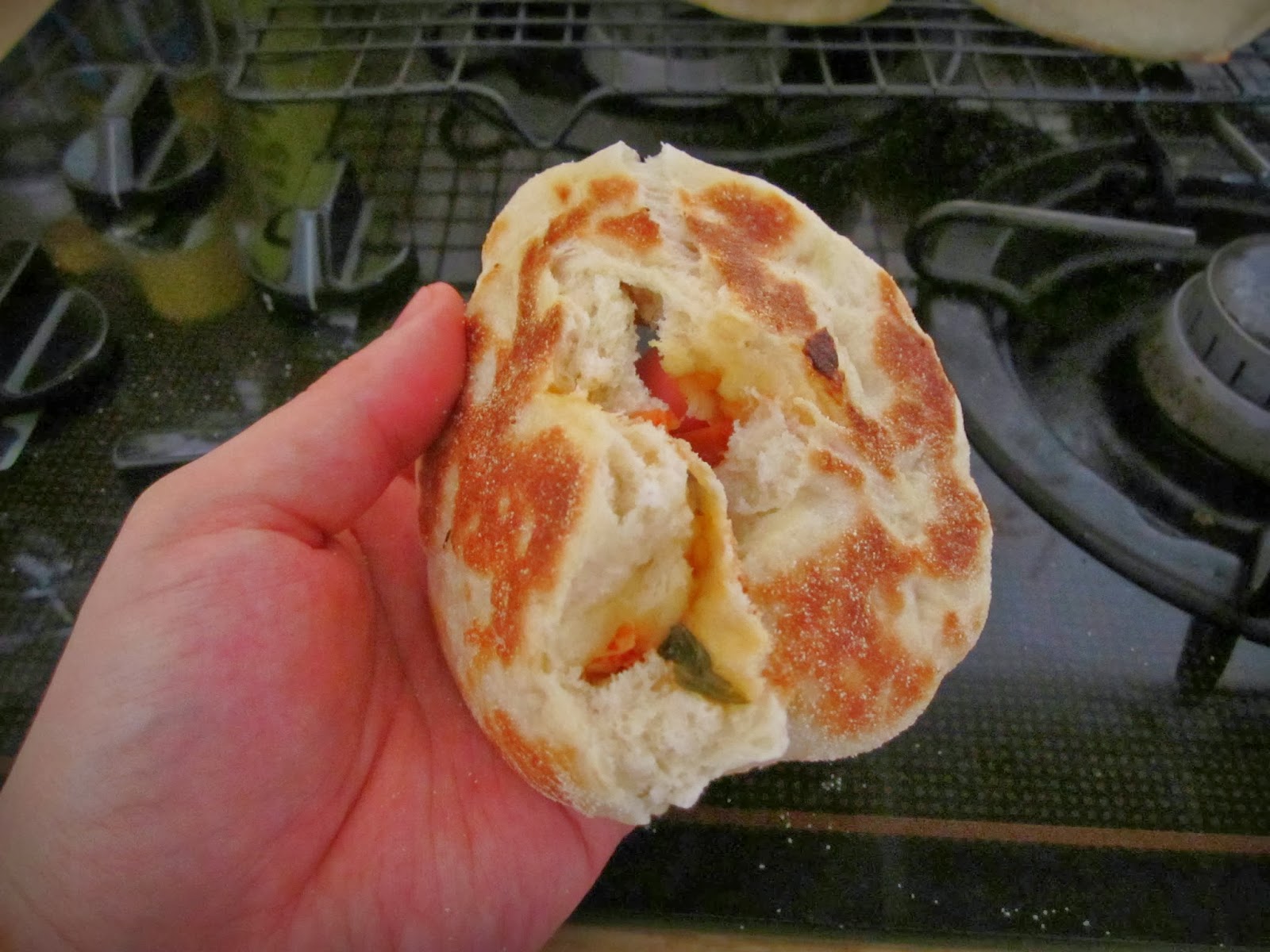 And the mixture inside it came out quite nice as well. 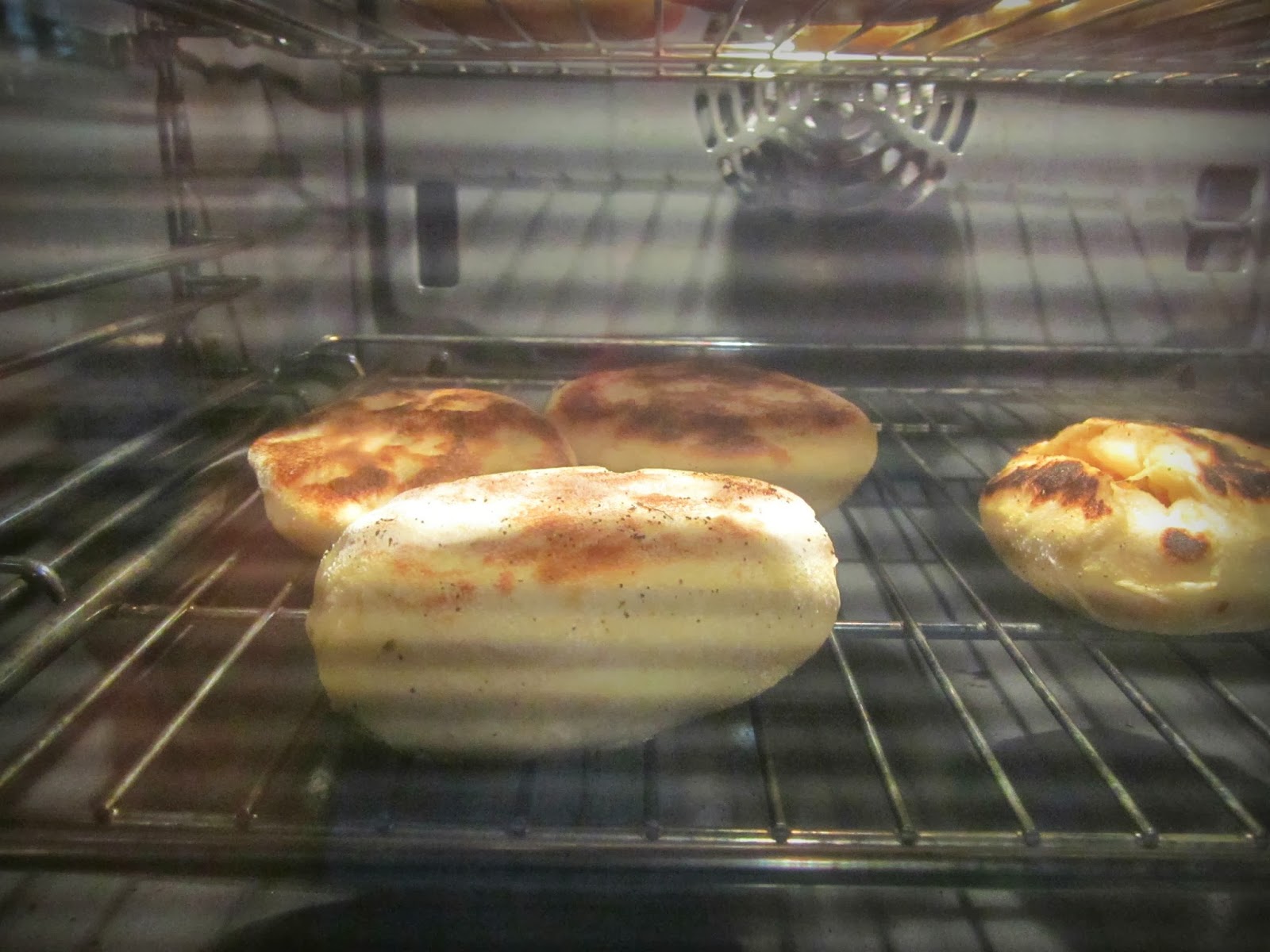 But people who know me well know that I absolutely fail when it comes to cooking bread type things through in a pan. I much prefer my oven. I noticed some of the bread didn't quite cook all the way through so I turned on my oven at 180C and put the bread straight onto the rack for about 10 minutes to cook through. 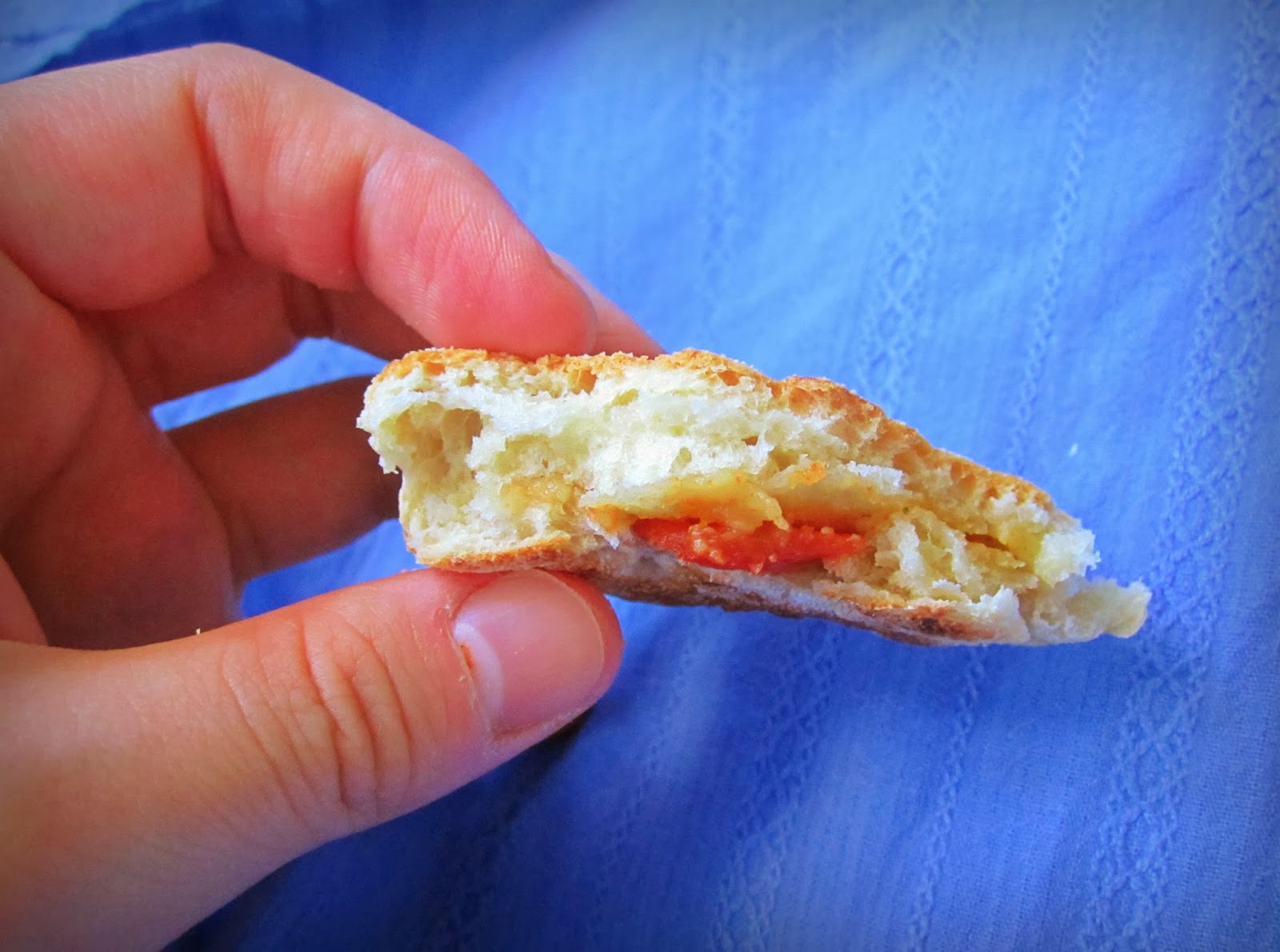 So so fluffy and so so damn tasty. Going to take some in to work and reheat with the sandwich press at work!