January 28, 2014
So as my resolutions suggested, I'm going to try and participate in every single baking and cooking challenge from the Daring Kitchens this year.

The January 2014 Daring Bakers' challenge was hosted by Francijn of "Koken in de Brouwerij". She challenged us all to bake layered cakes in the tradition of Baumkuchen (tree cake) and Schichttorte (layered cake). I had made this cake back in November and I think it turned out quite well for a first attempt. 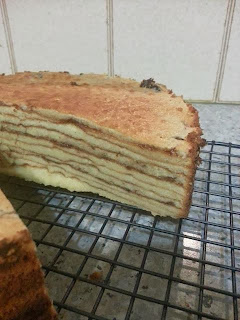 But there were a lot of things I wanted to fix up for my second attempt at this cake. I got my recipe from Global Table Adventure for the actual cake and I am not sure where I found my almond paste recipe but looking through google shows that this same recipe is used in many different places by many different people so I can't go wrong with it. The first attempt of my cake was made with a nut free marzipan recipe as a work colleague of mine has a nut allergy.

This time around I'm going to be making it with the almond paste and I'm actually going to measure out the layers this time to try and make it even compared to the last time where I guessed the amount for each layer.

So here we go!

First we make the almond paste that is required for the recipe. 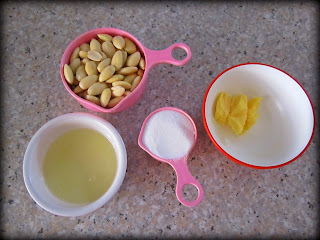 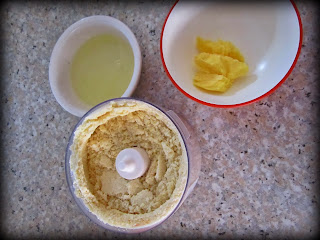 Combine the almonds with the sugar in a food processor until it becomes a powdery mixture. 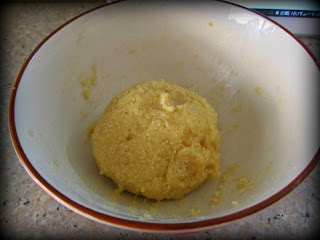 Then add the egg whites and butter and combine until it becomes a little ball. My little food processor wasn't up for the task so I used my hands to do the last part. 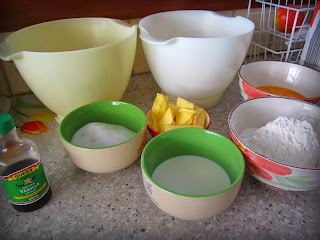 Then to make the baumkuchen itself. :)

Ingredients
* Almond paste (the amount created in the above, I didn't weigh it in the end so I'm not sure how much it ended up being, you can put this into another big mixing bowl if you have it)
* 6 Tbsp milk
* 170g butter, softened
* 1 cup caster sugar
* 10 eggs (separated, you want to keep both the yolk and white but in separate bowls, the whites I put in the big mixing bowl, the yolks I put in the bowl on the right)
* 1 1/2 tsp vanilla extract
* 1 cup cake flour (I made cake flour by putting 1 tbsp cornflour into a cup and then filling the rest of the cup with plain flour)
* 3/4 cup cornstarch

I also greased and lined a 23cm cake tin. I like to use the ones where the sides release and the bottom can come out. 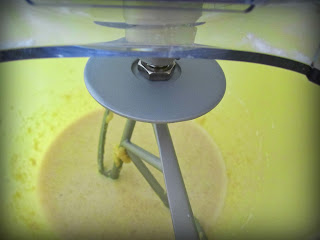 First step was to mix the almond paste with the milk. I used the paddle attachment for this part of the mixing. 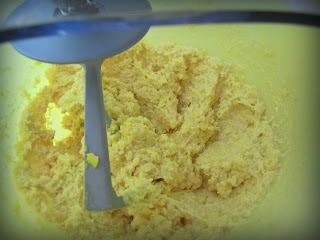 Then add in the butter until it becomes fluffy. After that step, add in the sugar and combine well. 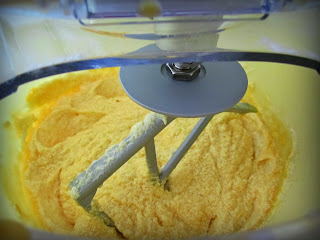 After that has been combined. I added the egg yolks one at a time until it was well combined. 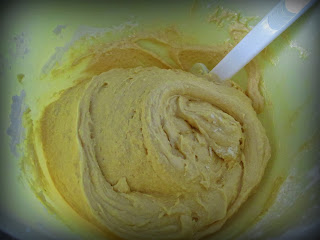 Then I added in the cornflour/flour mixture I had sifted together earlier. I did do this in my big mixer, but I added it in at about 1/3 of the mixture at a time.

I then whipped up the egg whites to stiff peaks with the big mixer using the balloon whisk attachment. At about this point, I heated up my oven to 180C. 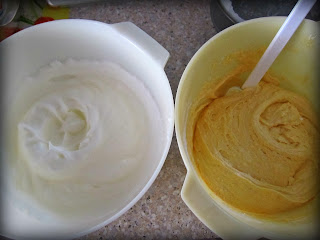 Then comes the fun part. Combining the two together. You want to do this without knocking too much of the air out. The technique I used was that I first added in 1/3 of the egg whites. I folded that very gently through. This loosens up the egg yolk mixture. 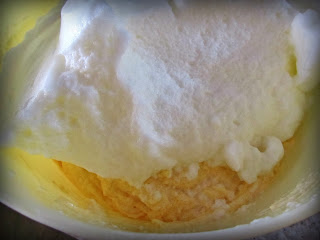 When that was done I added in the other 2/3 and very gently folded that through as well. 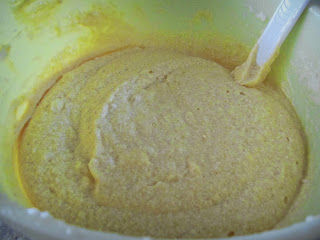 With that I got a very nice smooth mixture that was about half a size bigger to double the size bigger than the mixture was originally. 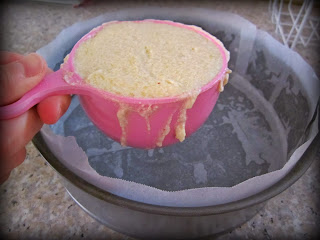 I then used my greased and lined pan (I might do this again in future without lining the pan as the lining did get in the way! I just always get so nervous that I can't get the cake out of the pan). And I measured out one cup of the mixture. 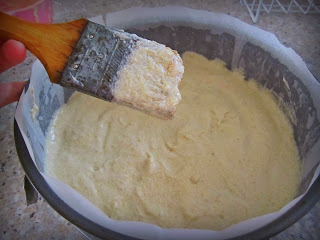 I smoothed the mixture out with a pastry brush before sticking it in the oven. 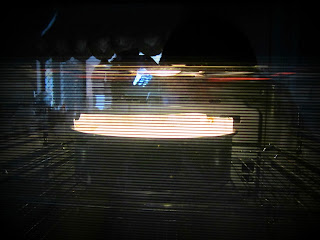 Each layer took about 15 minutes to cook to a nice golden colour. If the colour is too light, each of the individual layers won't show up. I don't have a broiling function on my oven and I don't have one of those separate compartments where you can grill/broil things so I just used my normal oven. I then tried to put my cake tin as close to the top of the oven as I could. 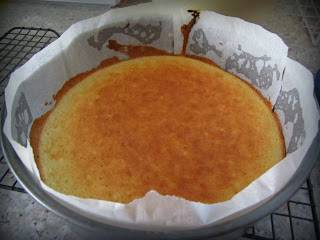 It was about this colour for my first layer. You can see there is a slightly pale ring around the outside. My subsequent layers browned all the way to the edge. Was just a little impatient for the first layer. 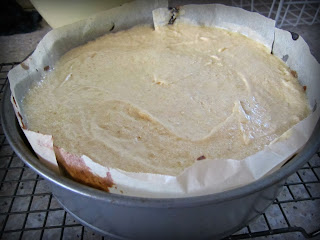 Then repeat with all the other layers and the tin fills to the top. 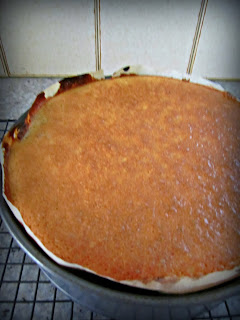 With this cake, the bottom gets a teensy bit darker than I would like as I made it in the oven using the normal oven temperatures and such but it does give it a nice texture and doesn't taste burnt at all so with this amount of layers, it comes out just right. The only way I would be able to improve this would be to get a mini-oven that has a topdown only temperature setting. 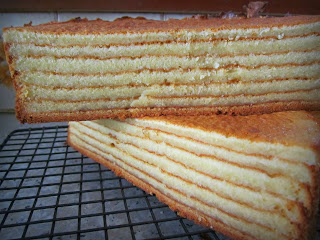 I hope everyone else who reads this gives this cake a go! It's really fun to make. Just a little bit time consuming but it tastes really delicious!