January 16, 2014
I love me some dip and I love using something to hold the bread that you can eat eventually also. I browsed around and there are so many recipes for this, I had to throw my own recipe together. As many of my friends will know, I am mildly lactose intolerant. I can drink tea with a little bit of milk in it but I drink a cup of milk, I'm generally on the couch whimpering a short while later.

However...this was so tasty, I couldn't resist and ended up eating quite a bit of it at a party at a friend's house. ....yes I did regret it much later.

I don't have the measurements for this as I forgot to write it down but it's a very throw everything together kind of recipe and it all works out in the end.

Ingredients
* 3 cloves garlic, diced
* 4 slices rindless bacon, diced
* 1 can creamed corn
* 1 bag of pizza cheese
* 2 stalks spring onion
* 1/2 cup milk
* 250ml sour cream (I bought the garlic..and something... flavoured one)
* 1 cob loaf. (If you can get a nice tall one without the slash marks on the top that would be even better.) 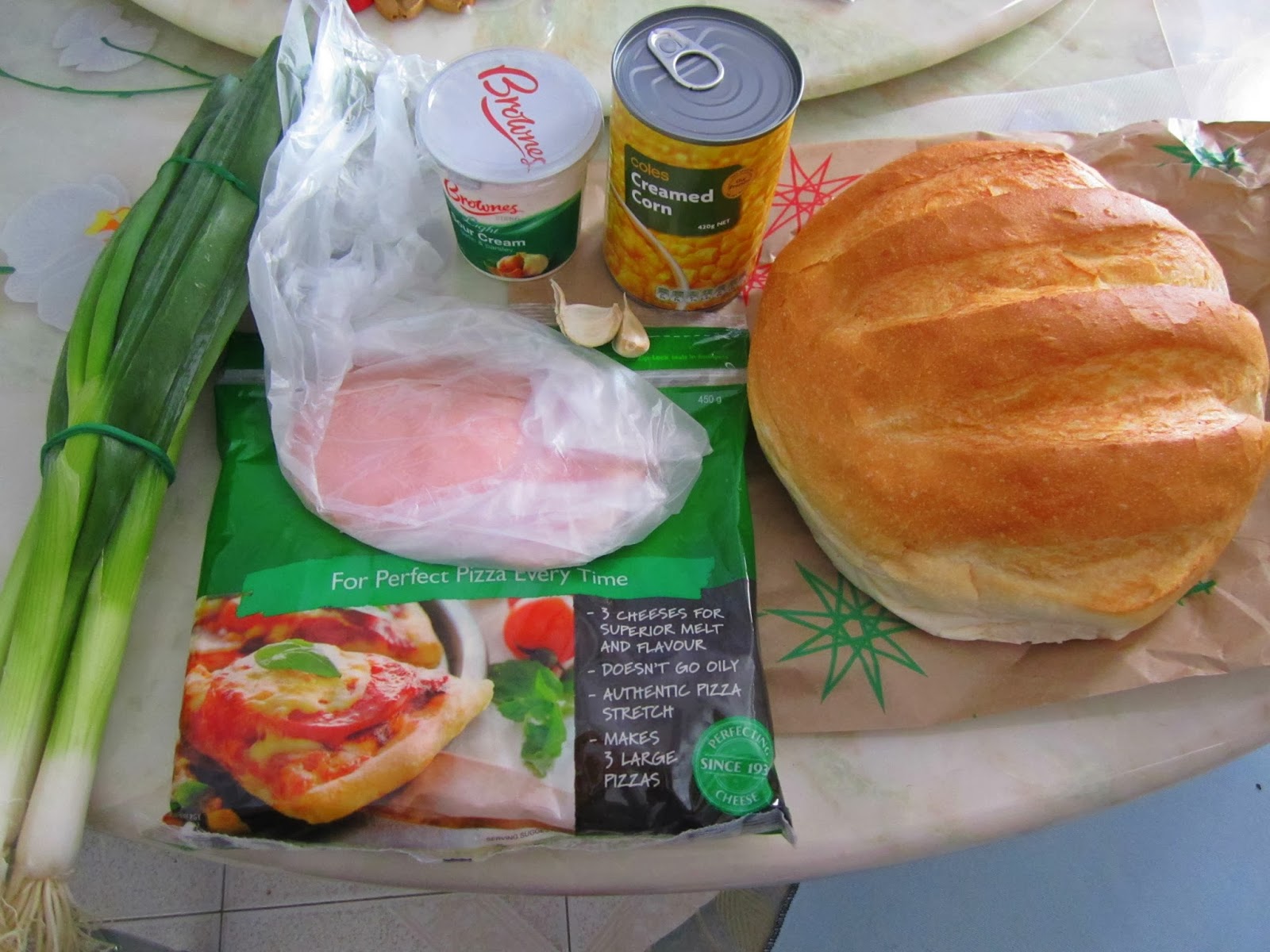 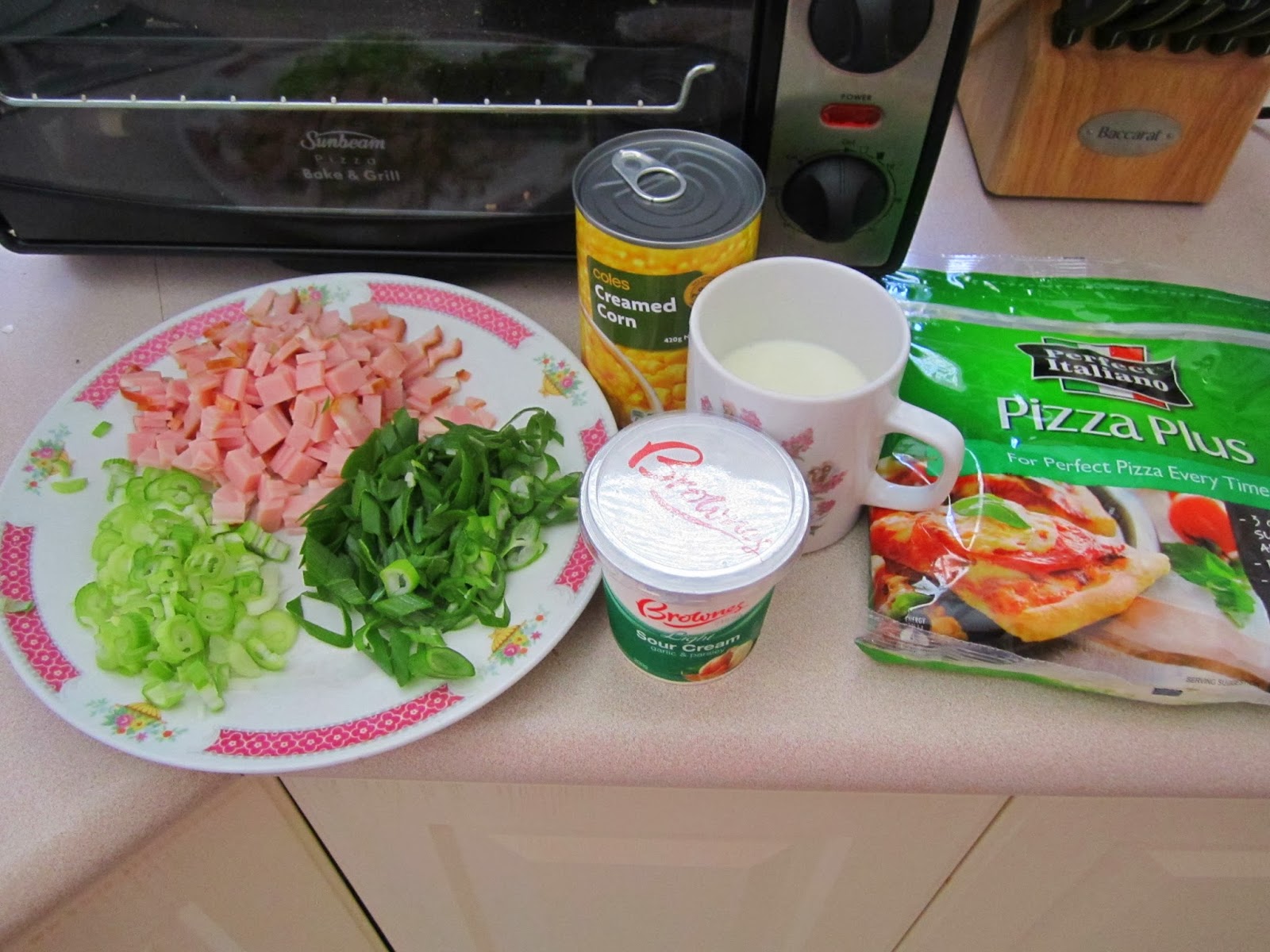 My habits don't really change from recipe to recipe. I sliced up the spring onion stalk and mixed it with the garlic, then I diagonally sliced the leafy part of the spring onion. 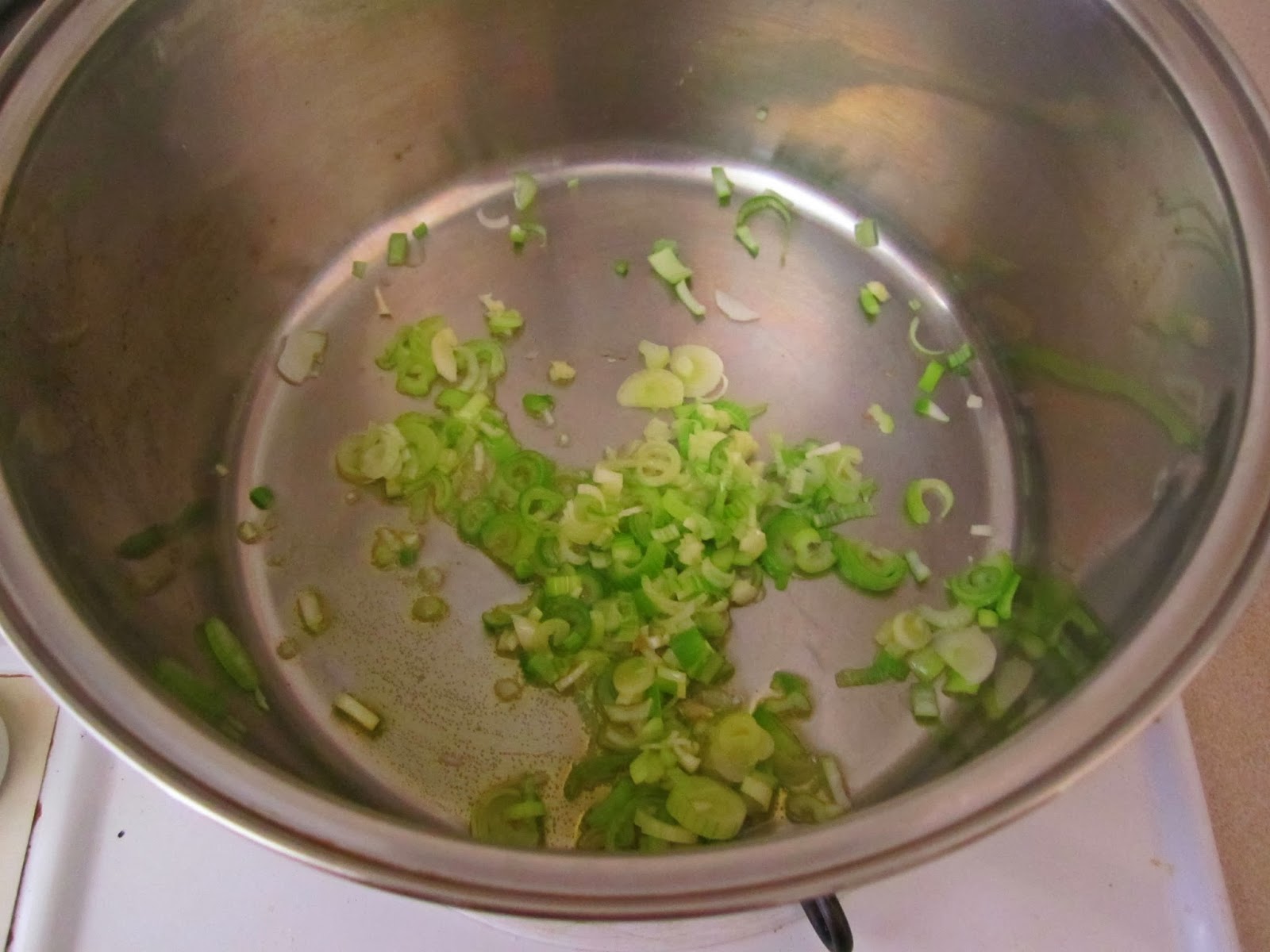 Into a pot with the the spring onion stalks and garlic with a little bit of olive oil. I cooked until it softened. 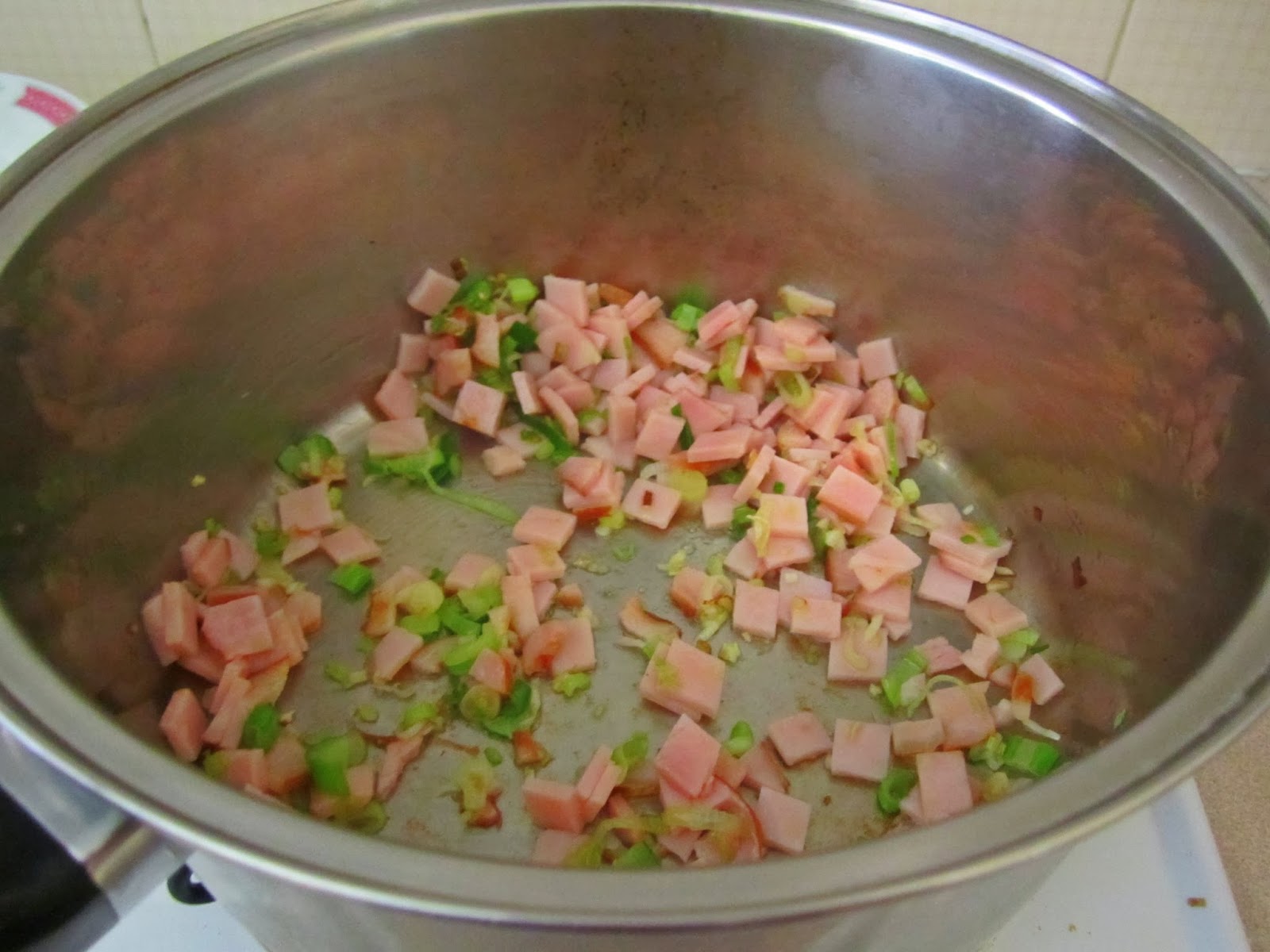 To that I added the bacon and fried that off until the bacon was well cooked. 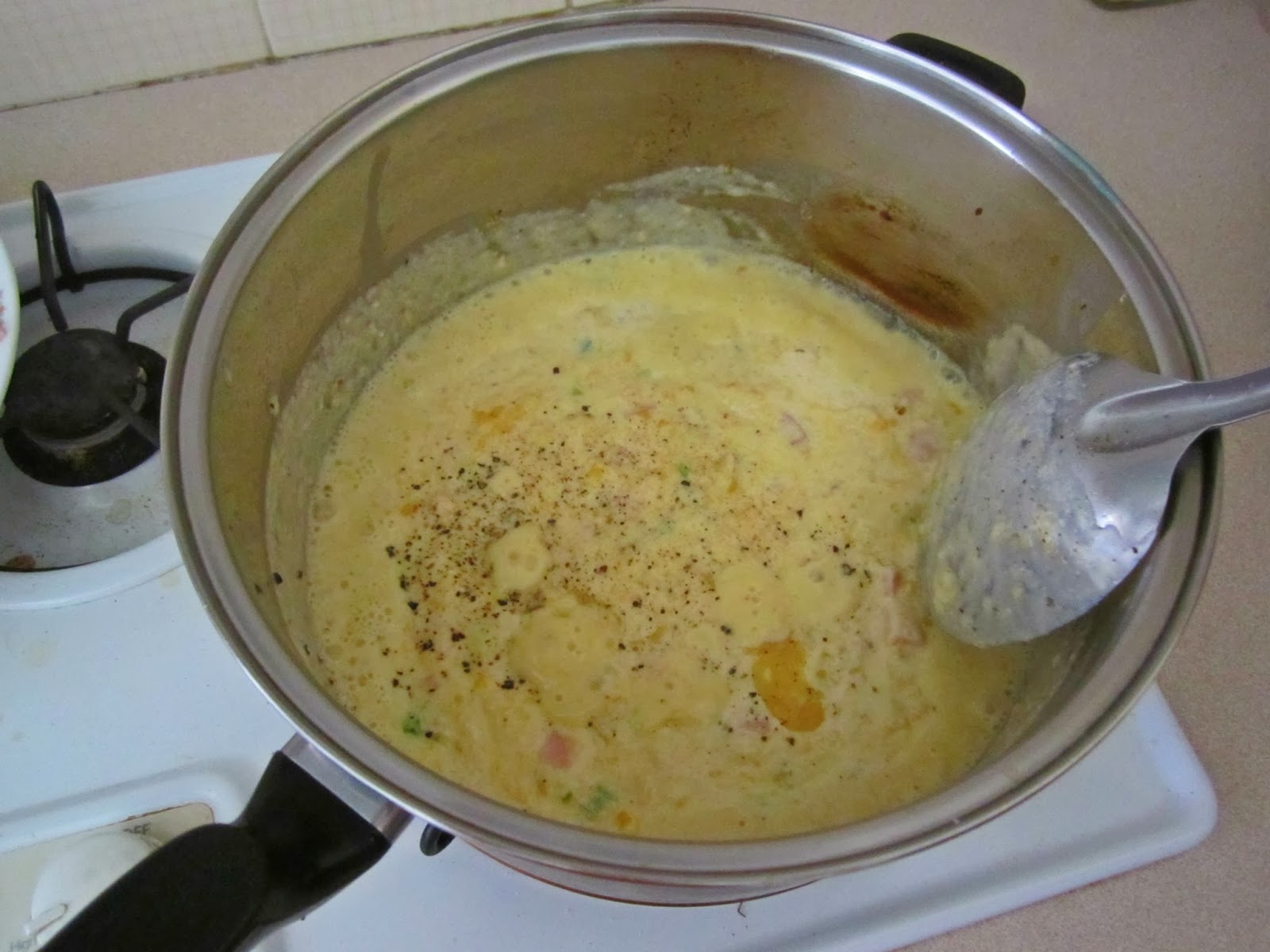 From then on it becomes basically a throw everything into the pot kind of recipe. I added to the above mix, everything else except the cheese and the spring onion leafy parts and cooked until it was nicely warmed through. At this point I seasoned with salt and pepper to taste. 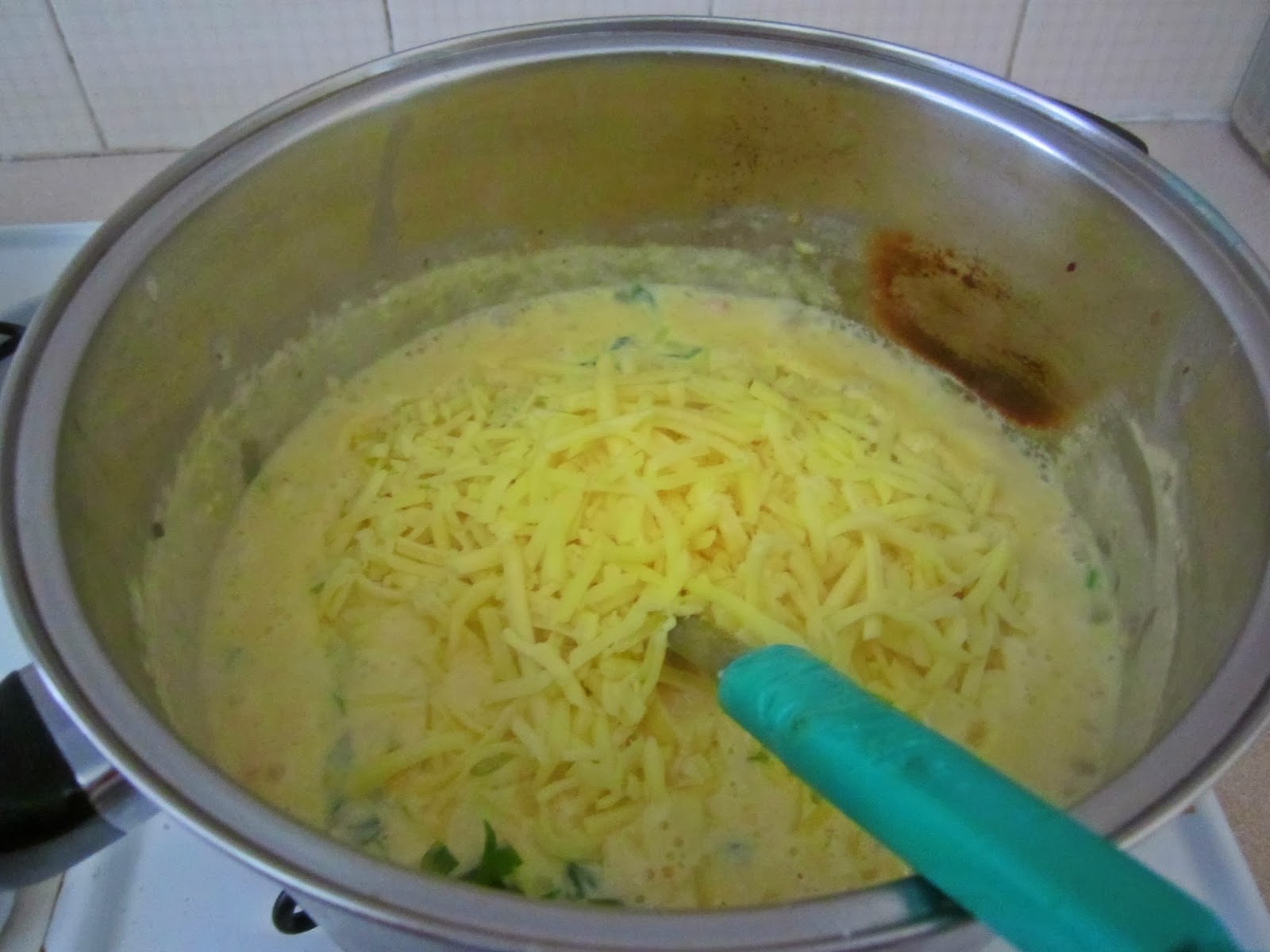 When that was done, I added half a packet of the cheese that is pictured above and cooked that until the cheese melted through. 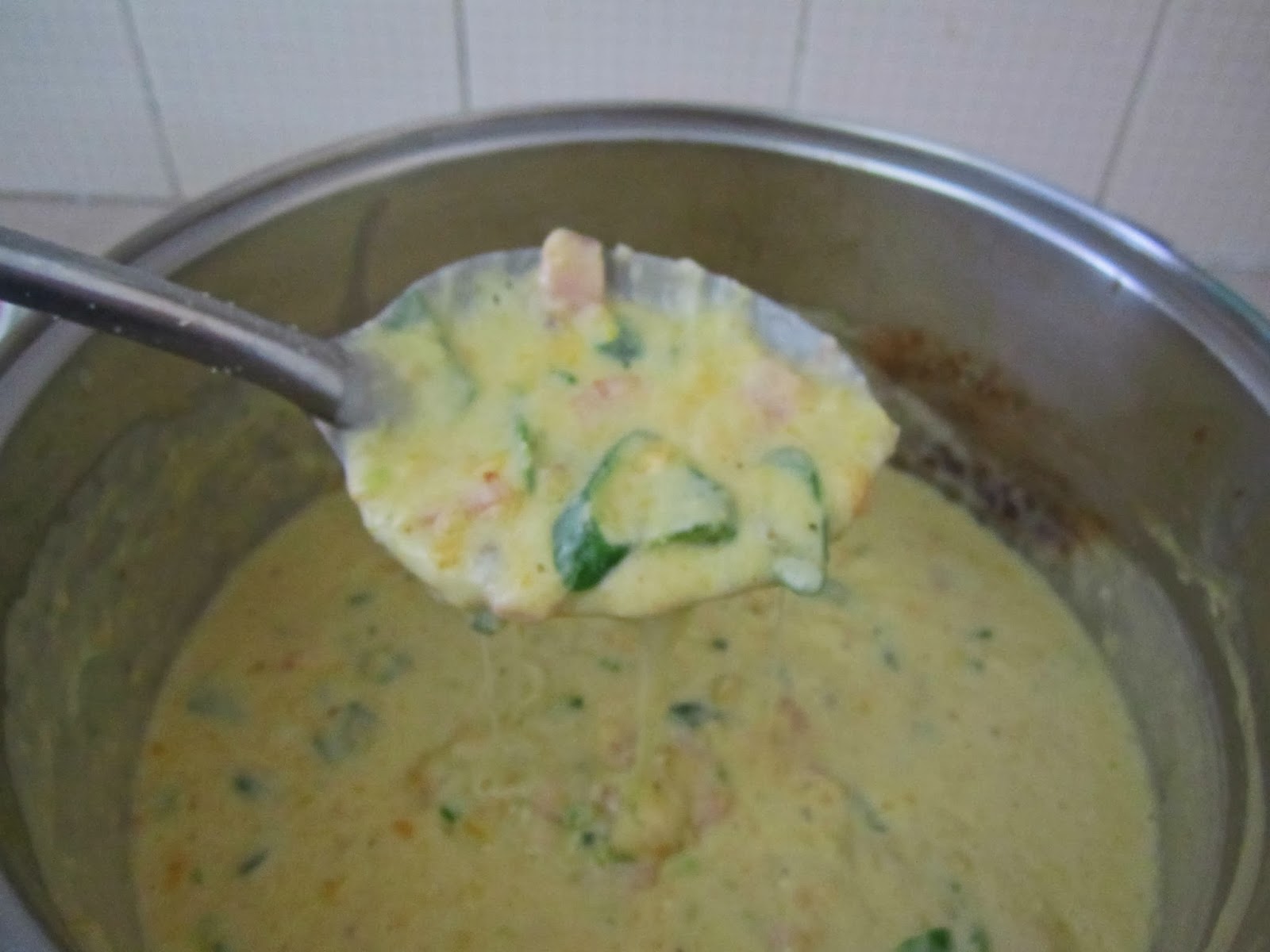 Right at the very end, I added the leafy part of the spring onion and cooked until that was wilted. 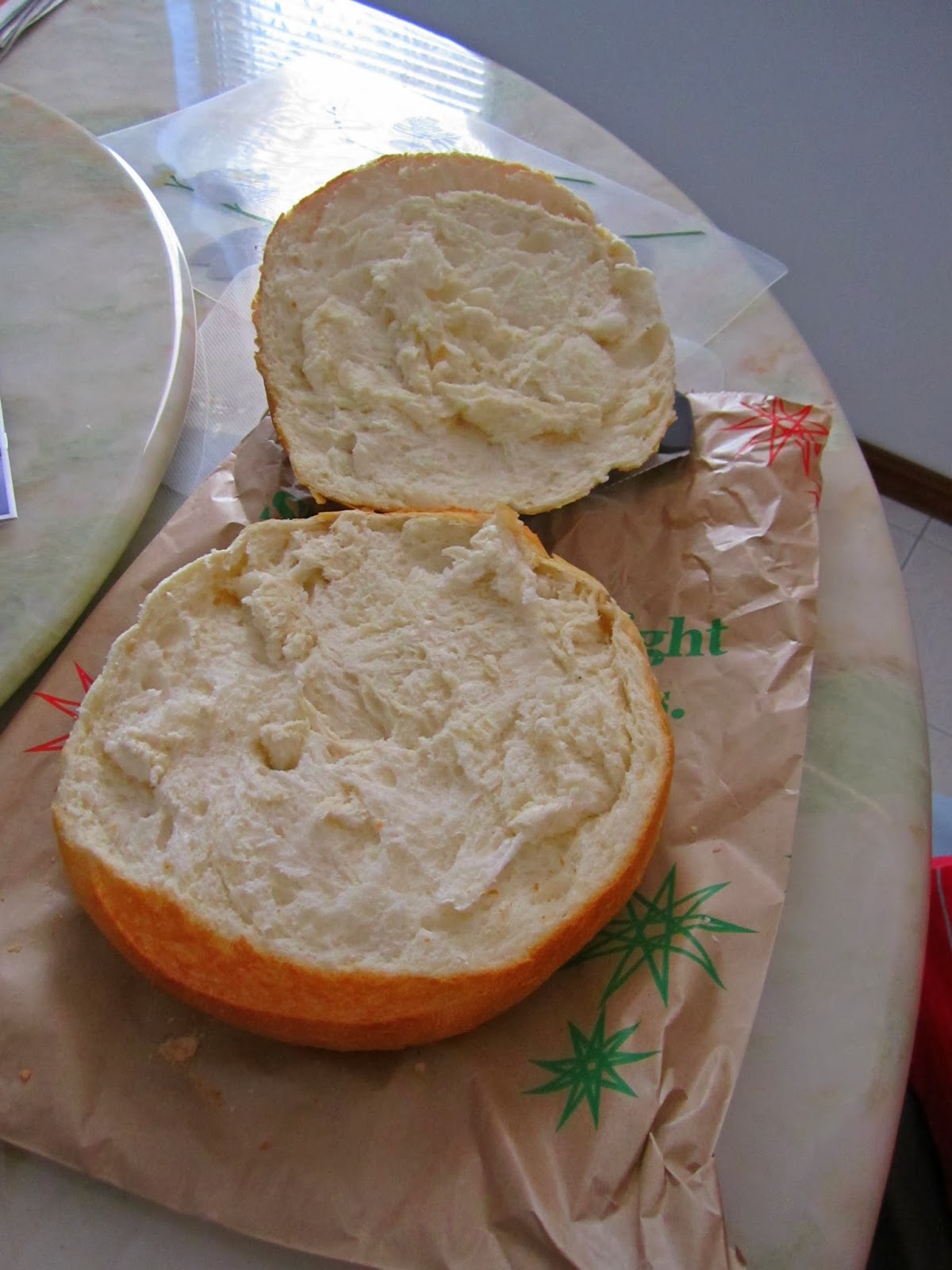 I had the boy help me with the next part as I was at the stove and we were on a time limit but you cut the top off the cob loaf and hollow out the bread. Don't throw out the bread you hollowed out though, keep it for dipping. 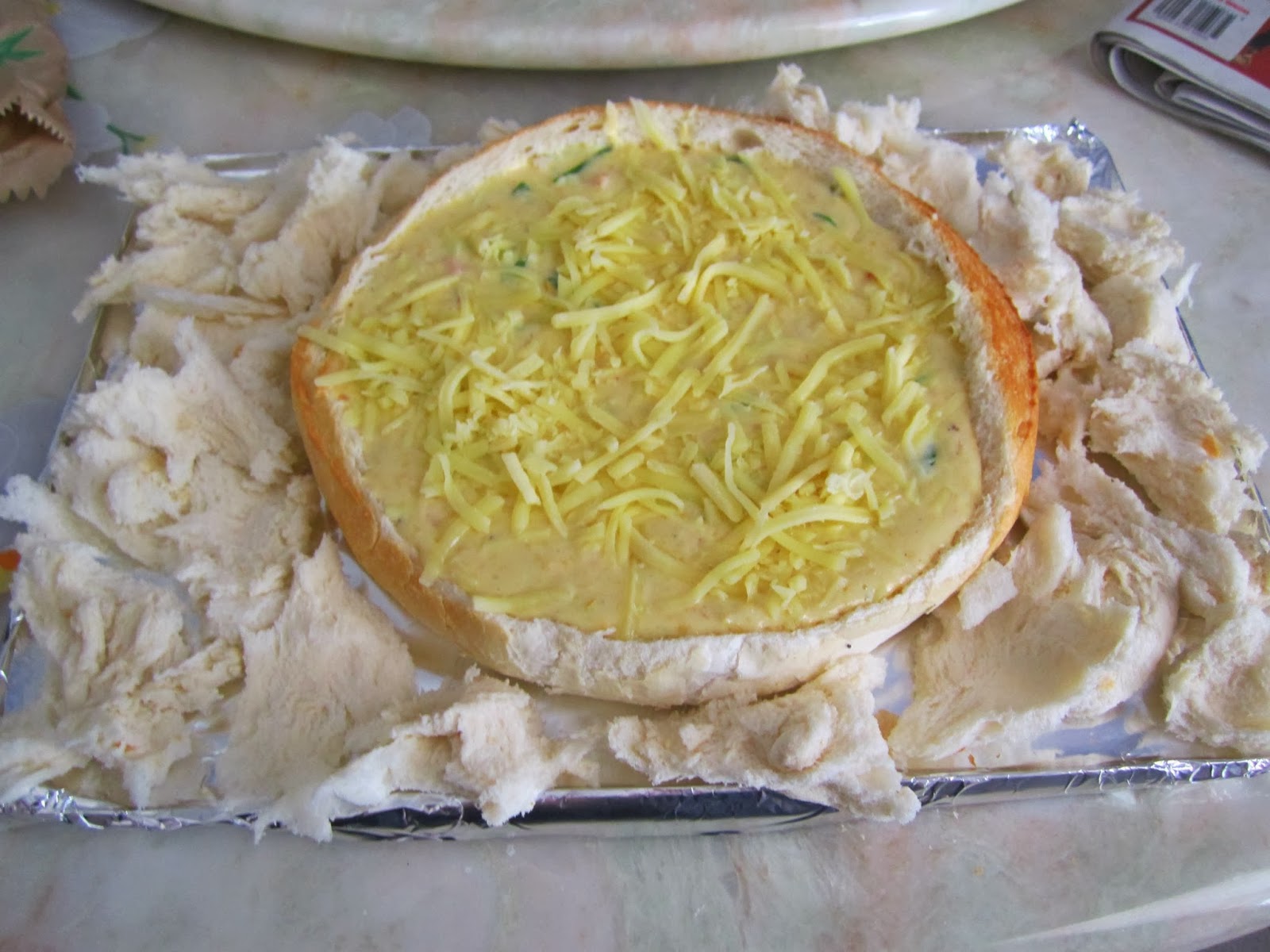 I scooped the dip mixture into the hollowed out cob and lay the bread around it. Poured some olive oil on the bread and put it in the oven at 200C for about 25 minutes. 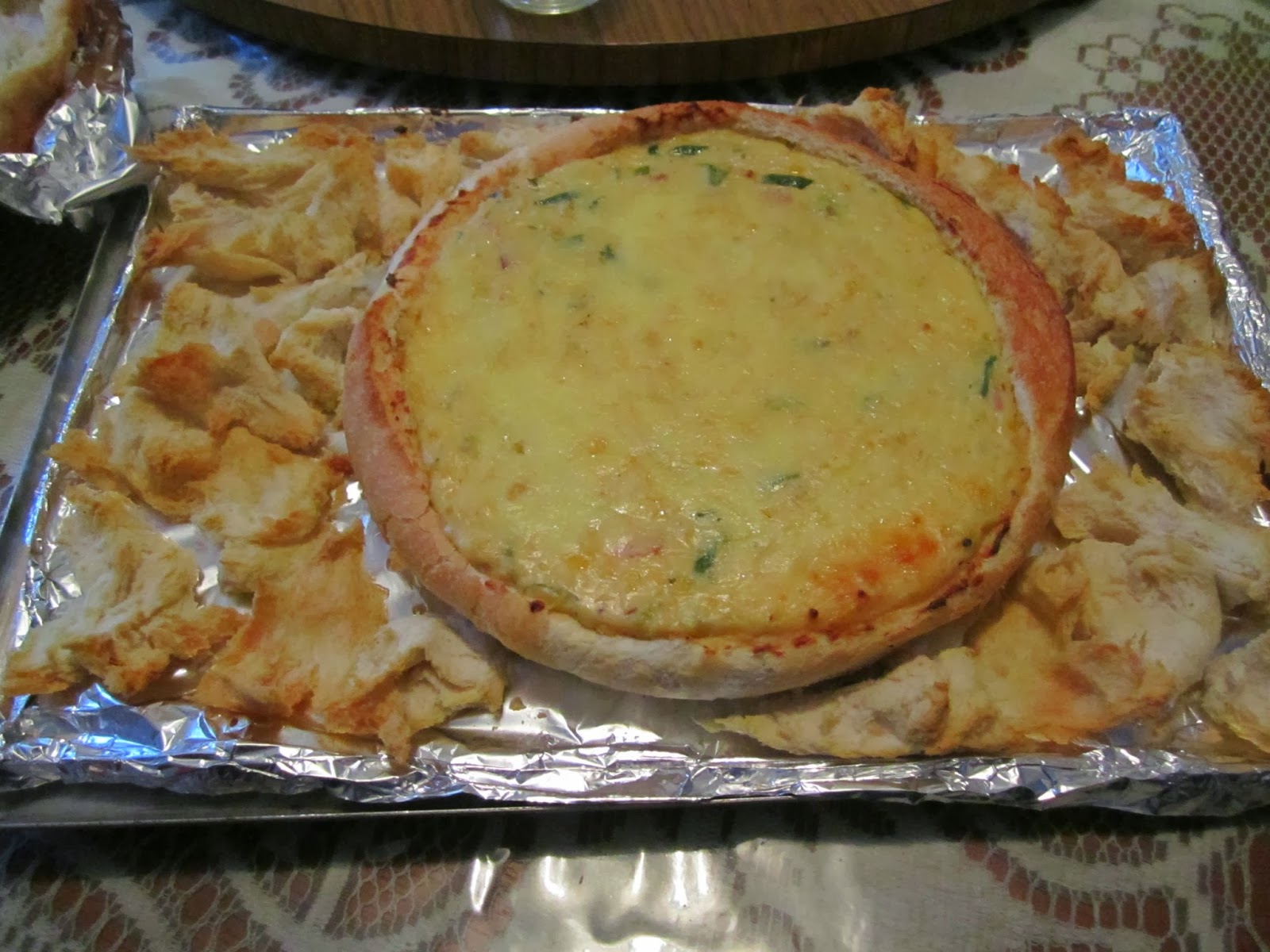 And Voila! You has tasty tasty (bad for lactose intolerant people)  bread dip in a bowl!