January 07, 2014
So my boyfriend went to visit his family on the other side of Australia over the weekend and I picked him up at the airport at midnight. After getting him home and crawling into bed I then went to work after four hours of sleep and completed a ten hour shift.

I feel so accomplished!

After doing that, wouldn't anybody want to have a quick and easy dinner to cook? Well, I found something that was quite easy and came out absolutely delish! I got my inspiration from the the Simply Recipes website and adapted it to something that I could easily whip up in one pan.

People who knew me growing up know that I don't drink alcohol. I don't like the taste of it. When I met this boy he introduced me to Rekorderlig and to this day it is the only form of alcohol that I like. Now...how could I resist a recipe that I can use this drink with and still have half a bottle to drink afterwards? :) 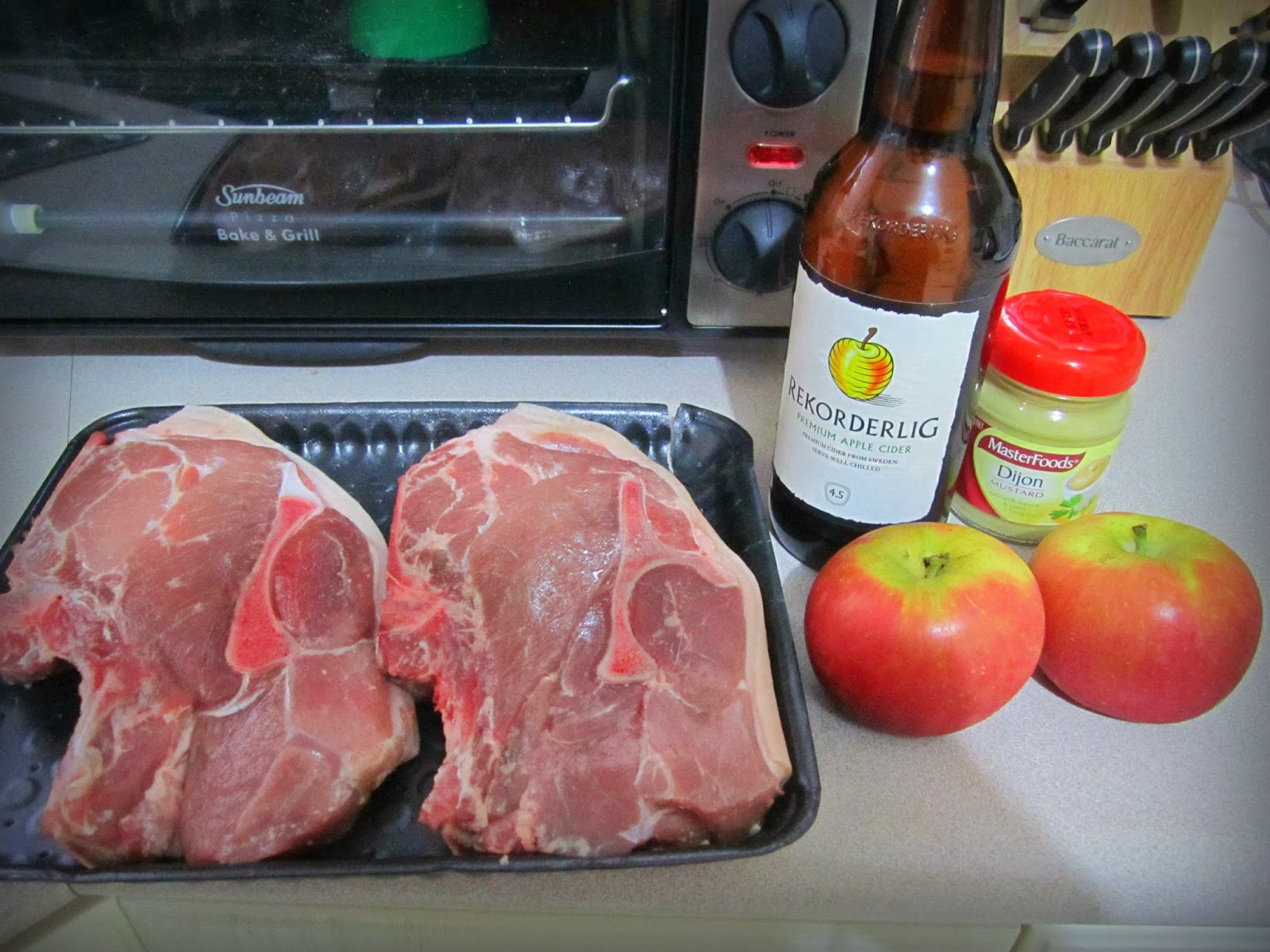 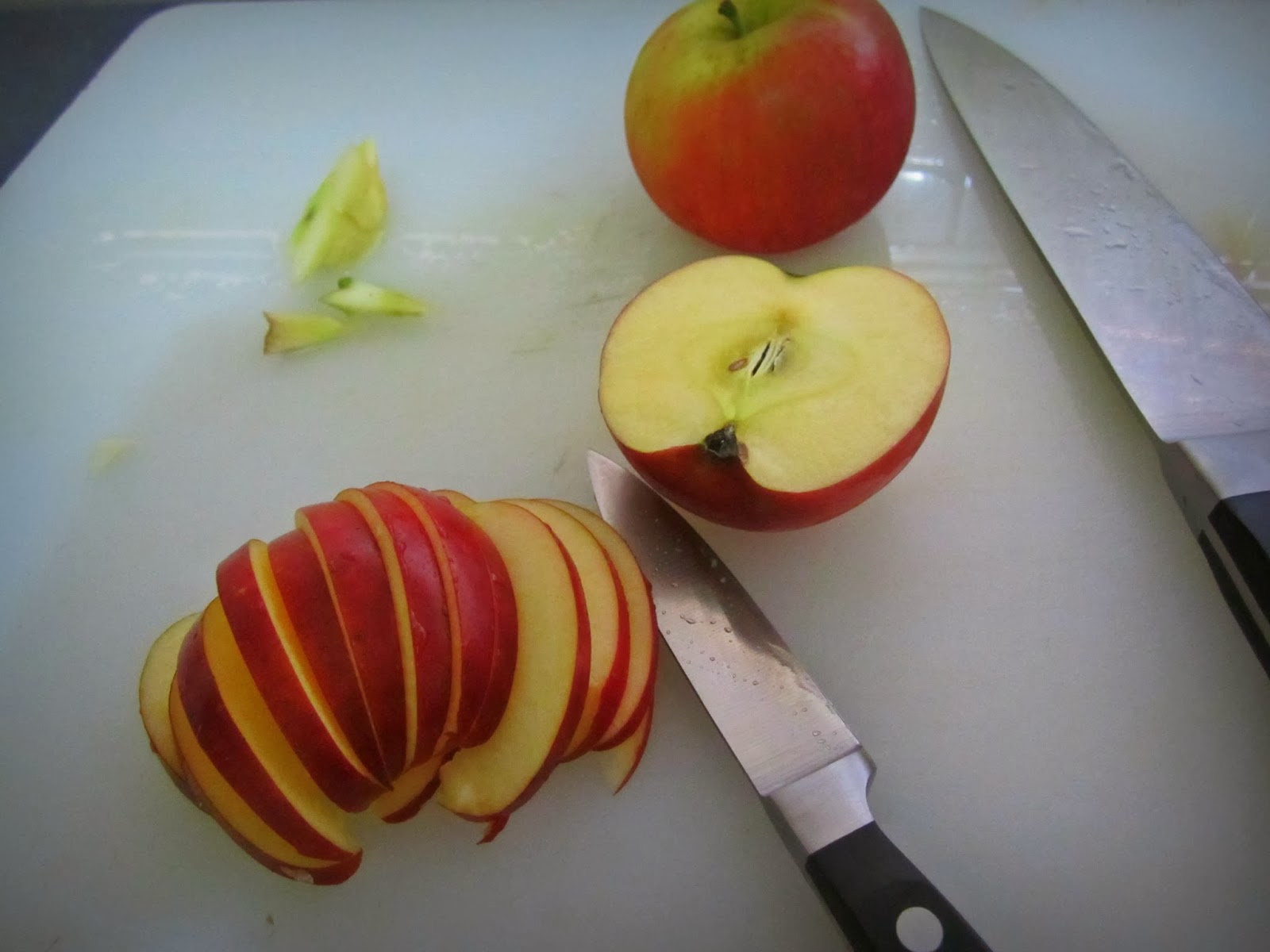 So I started (despite the picture up there being apples first, haha I didn't take a picture of my first steps) by combining all of the ingredients from the apple cider to dijon mustard in a big bowl and mixing it well. Then I took the core out of the apples and sliced it up into thin slices and put it all into the bowl with the sauce mix. ...okay I say all but a few slices of apple may have disappeared before reaching the bowl. 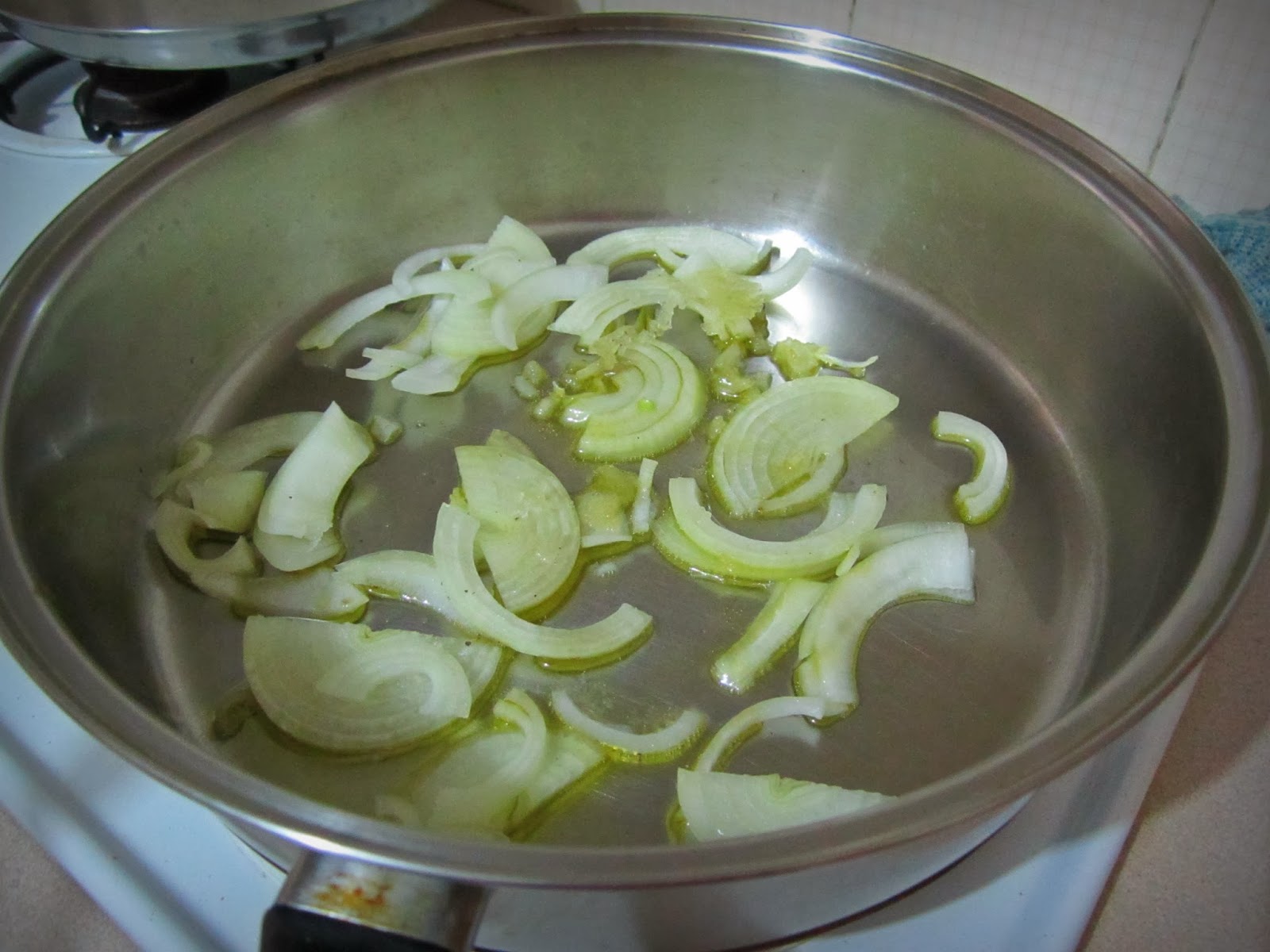 In a big pan, I half cooked the onion and the garlic so they were starting to smell of that delicious aroma. 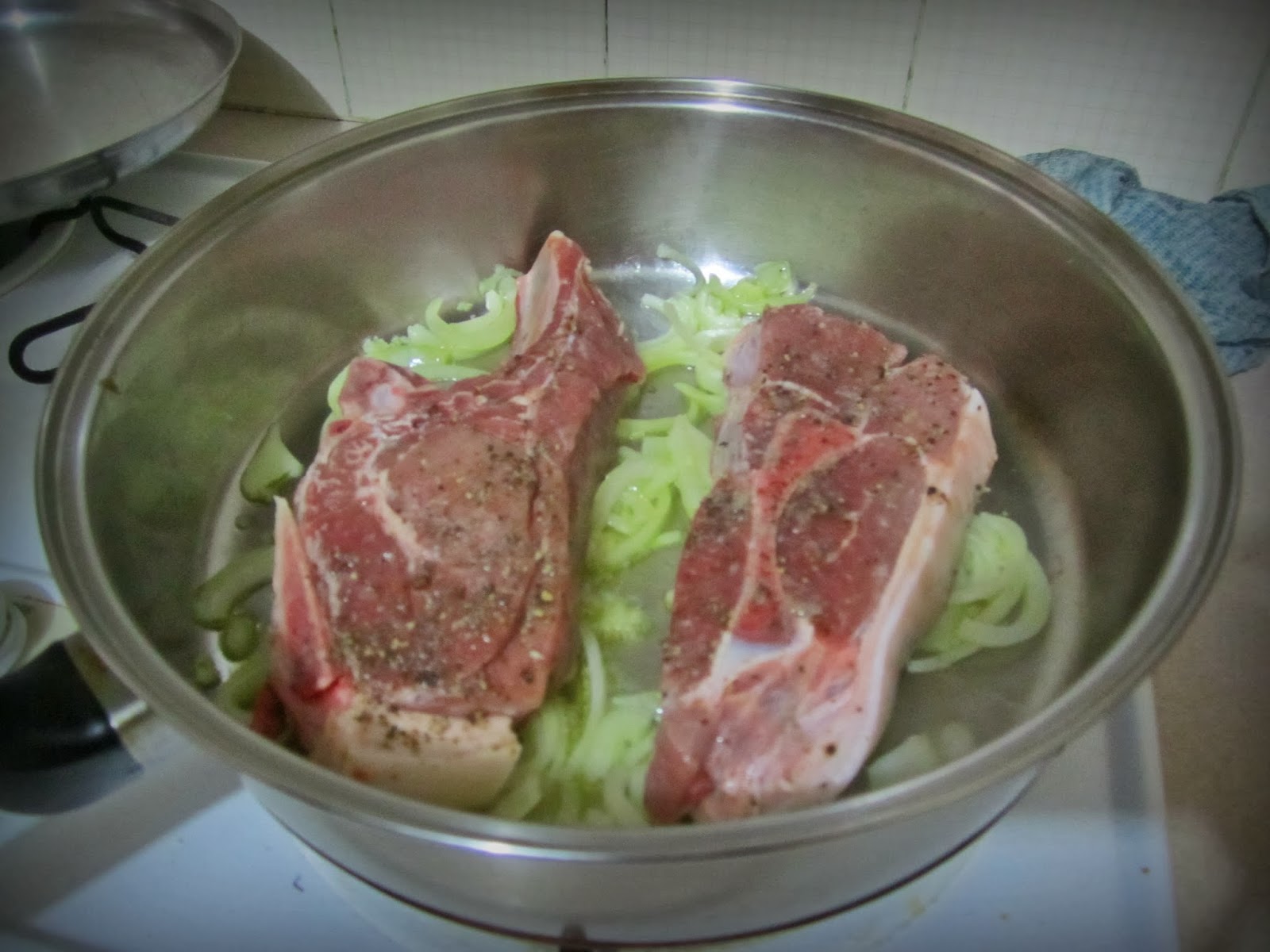 I then browned off the meat but didn't quite cook it all the way through and put them aside on a plate. 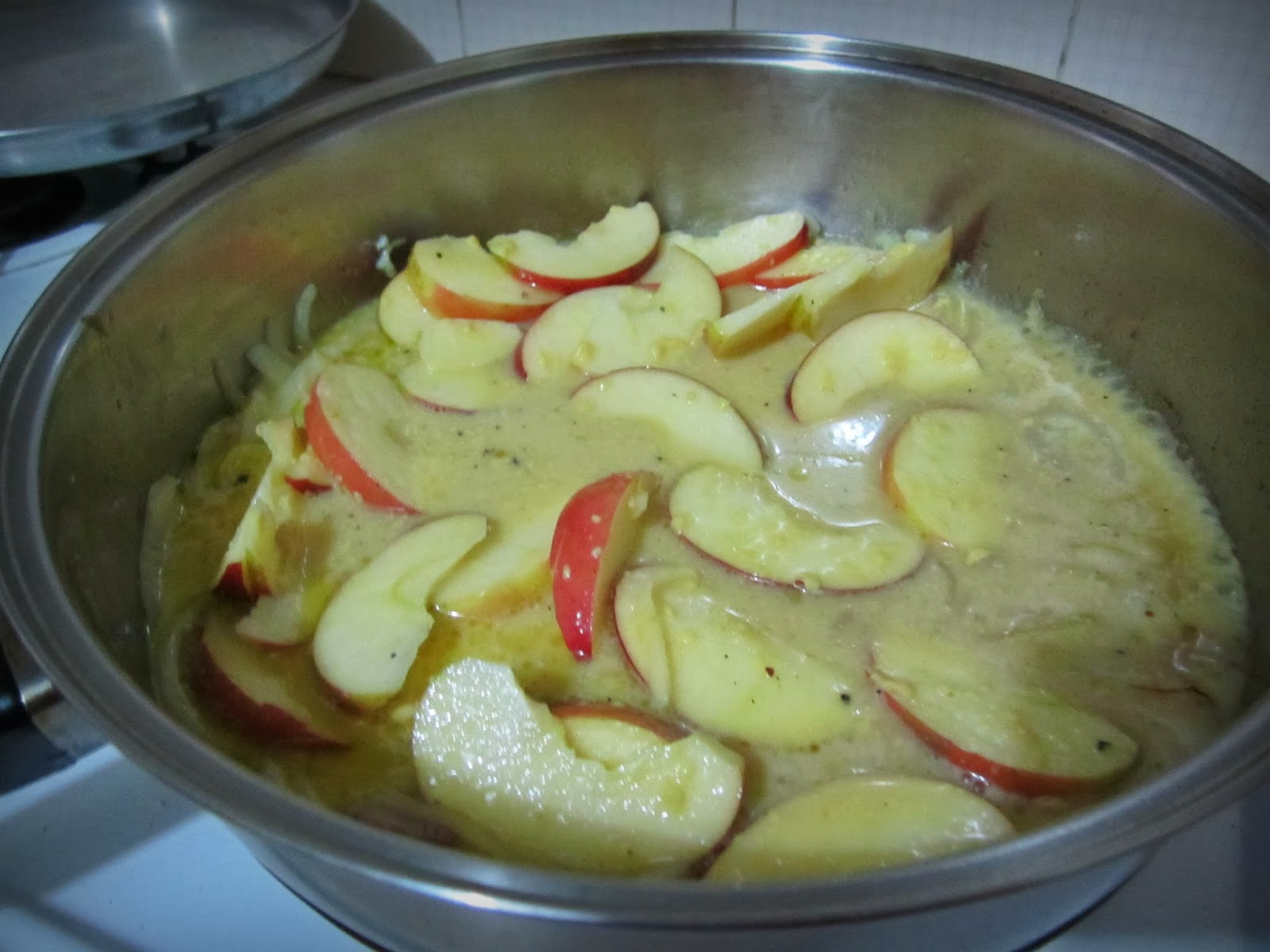 Next went in the sauce mixture and I heated it up until it was just beginning to bubble. 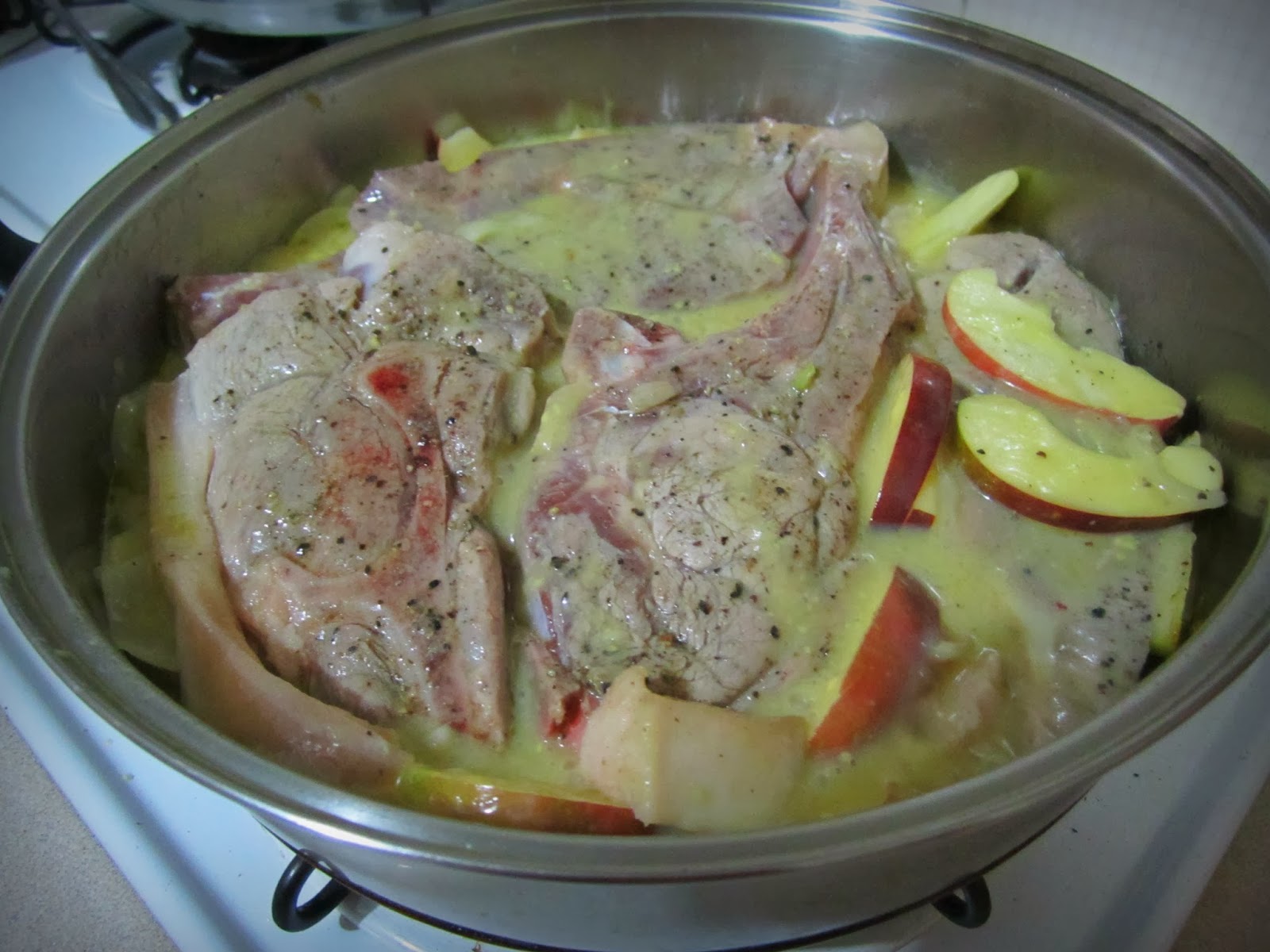 When it reached that stage, I somehow managed to make all the meat fit back in. With that, I covered and let it simmer gently for about 15 - 20 minutes untilt he meat was cooked through and the apples became really nice and soft. 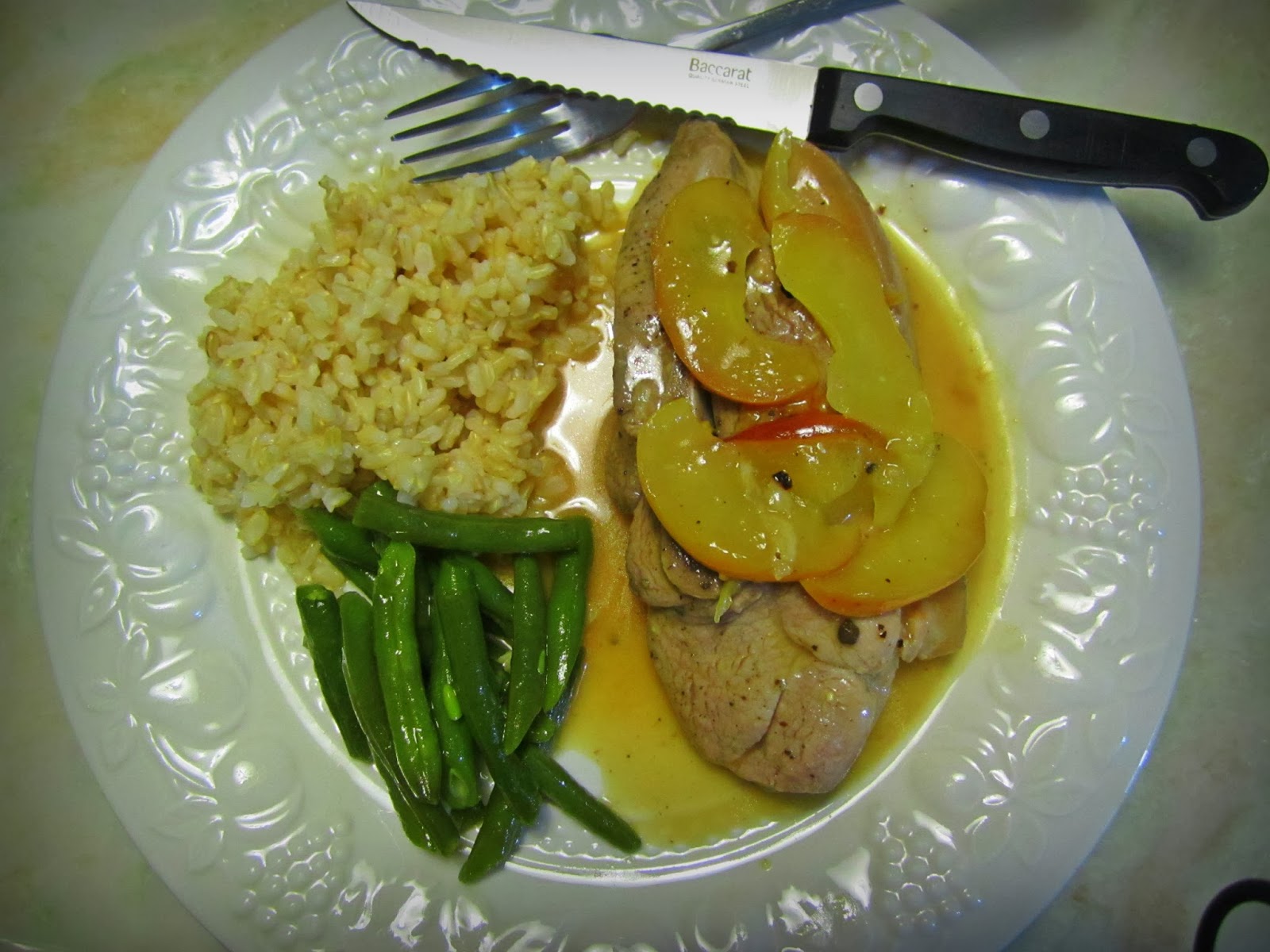 We then rooted around the fridge and found some green beans that had been cooked with some garlic and cooked up some brown rice! 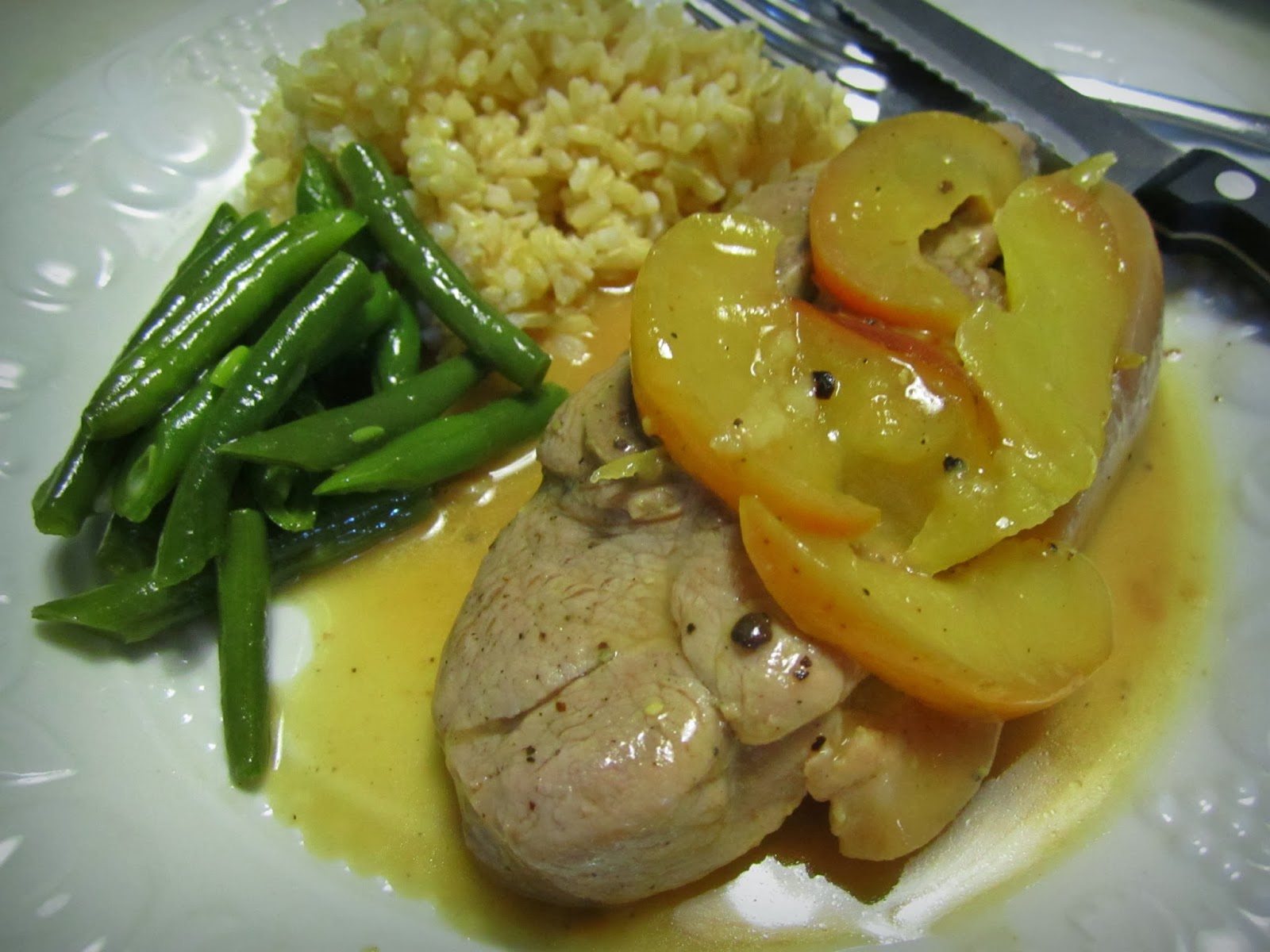 Delicious dinner is delicious and all with a half bottle of rekorderlig to spare.