Start a pokemon blog - get sidetracked!

May 19, 2013
The grand opening of this blog was the pikachu I have just finished. The second post was supposed to be the pattern that I have been writing for it. But that isn't the second post I'm making! Actually, I've been working on a commission for a friend of mine so I'm going to post about that first even though that has nothing to do with Pokemon.

But have faith! I have finished writing the pikachu pattern. I'm going to release the apple part of it on this blog and while you guys are happily making apples, I am going to road test the pikachu pattern I have written out and then I will release that pattern as my first proper pattern release. I have also got a cat and teddy hat pattern in the works that's being road tested by a friend of mine so that will be released shortly too.

The hat I've been working on, has been a baby sized hat which is a big change because I've been making adult sized novelty hats. I'm going to probably make an adult version of this at some point because I do have more than half a ball of yarn left that I have to use up in that ridiculous shade of fishy orange that was perfect for this project. :) 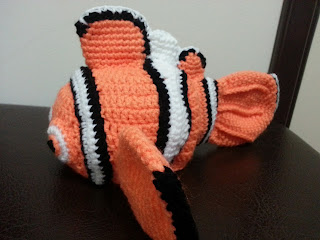 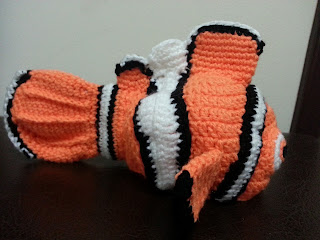 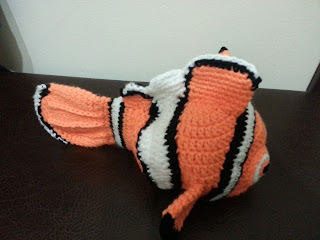 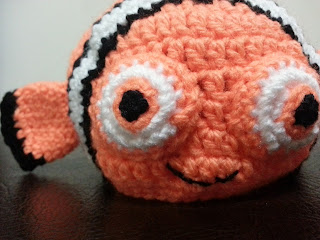 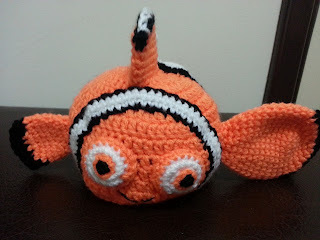